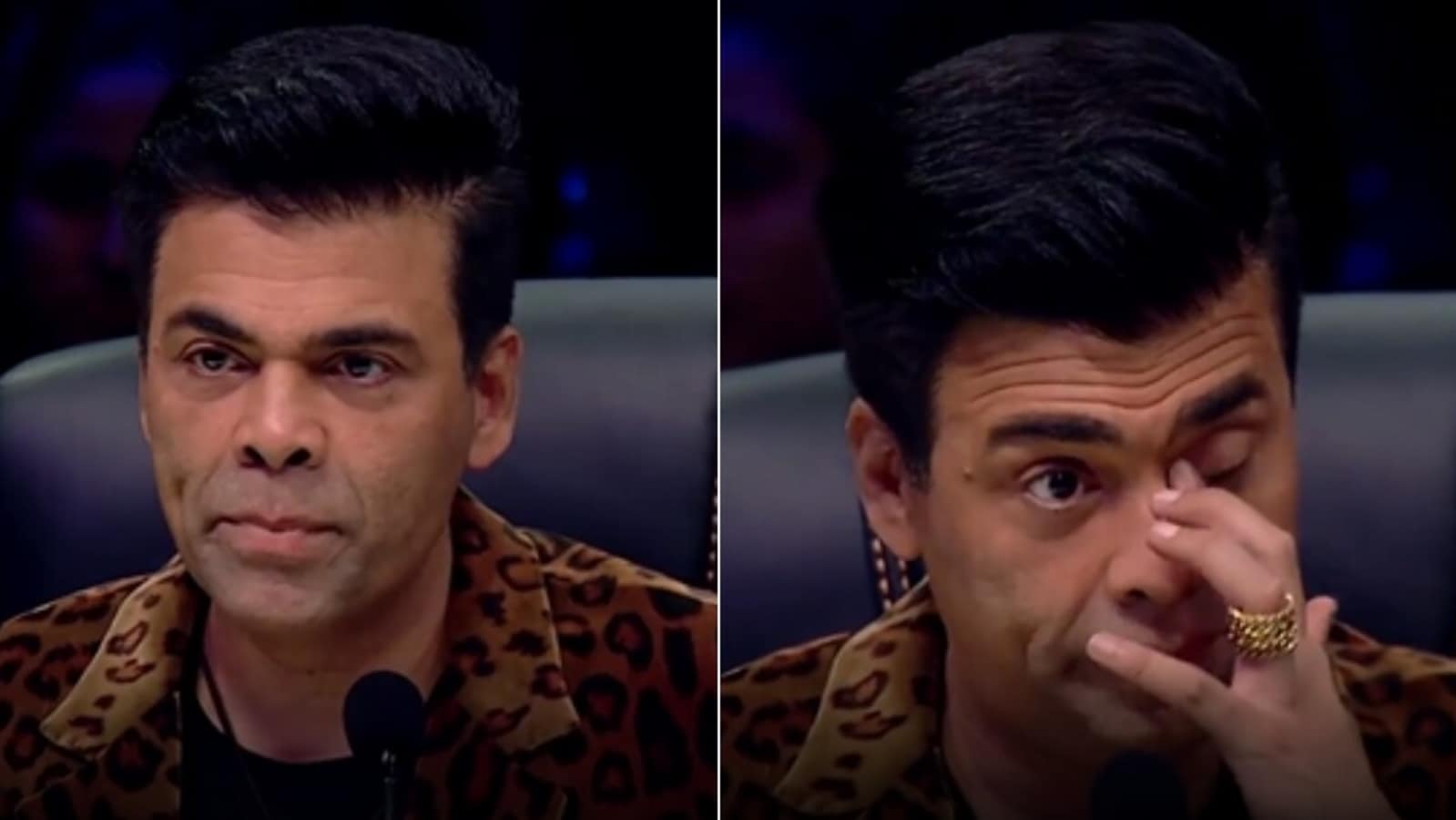 Karan Johar gets emotional after a contestant performs a song from the film Agneepath. Watch video.

Filmmaker Karan Johar, who is will judge the reality show Hunarbaaz Desh Ki Shaan, got emotional after the performance of a contestant. A promo was shared by Colors TV on Instagram on Tuesday from an upcoming episode.

The video started with a young boy playing Abhi Mujh Mein Kahein, from the film Agneepath (2012). Listening to the music, Karan got emotional. Parineeti Chopra then came to his seat and gave him a hug. Karan then said, “I get really emotional listening to this song.”

When Mithun Chakraborthy asked why he got emotional, Karan replied that this song reminds him of his father Yash Johar, who died in 2004, “Yeh gaana sunke, dada. Kyunki papa ke dil ke itne kareeb thi original film aur jab wo nahi chali thi, unka dil toot gaya tha. (I am emotional because of this song. The original film was very close to my father’s heart. When it did not work, he was heartbroken).”

Yash directed the first Agneepath which was released in 1990 and had Amitabh Bachchan in the lead role. The film didn’t do well at the box office. Karan then produced the remake of the film, with the same name in 2012, which starred actors Hrithik Roshan and Sanjay Dutt in the lead roles.

Karan further added, “Jab ye film humne firse banayi, nothing compared to the original, ye gaana mujhe unki yaad dilata hai in some very strange way (When we remade this film, which was nothing compared to the original one, this song started reminding me of him).” In response, Mithun told Karan that his father whom he called ‘Chacha (uncle)’, was ‘one of the best person and a friend I had. I miss him too.”

Read More: Karan Johar blushes as Hunarbaaz contestant gets cosy with him: ‘No woman has ever got so intimate with me’

Karan, Mithun and Parineeti will be seen judging Hunarbaaz Desh Ki Shaan. The show will air on Colors TV from January 22 onwards.