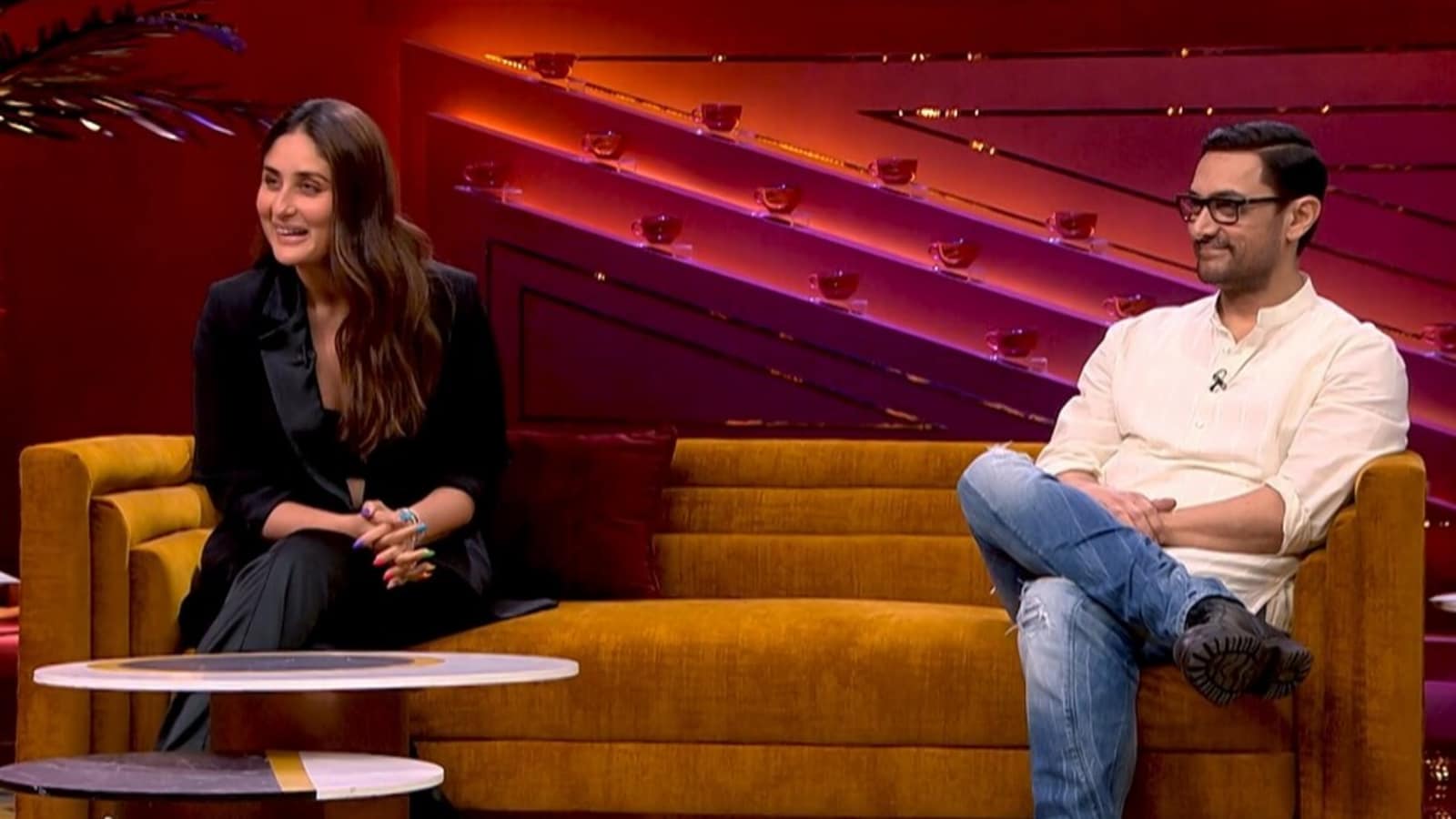 Kareena Kapoor and Aamir Khan appeared together in the latest episode of Koffee With Karan, and delivered what was described by host Karan Johar as the ‘worst rapid-fire in history.’ Twitter also agreed with Karan on this, and noted that they never expected Koffee veteran Kareena to give such ‘boring’ answers in the rapid-fire round. Also Read| Reddit thinks Aamir Khan hinted at this Kareena Kapoor ad on Koffee With Karan

Kareena even started her rapid-fire session by noting that she has won it several times before and would want Aamir Khan to win it this time. She named Aamir and herself as the number one actor/actress in Bollywood, refused to name an underrated film, or comment on her sex life. Even Aamir noted that her rapid-fire round has flopped, after which Kareena went slightly bold and said maybe it will be her who won’t be invited to a party hosted by her ex-boyfriend Shahid Kapoor.

Aamir did not fare any better and kept saying ‘both’ as he was asked to name a better actor between Ranbir Kapoor and Ranveer Singh, Deepika Padukone and Alia Bhatt, and Katrina Kaif and Kareena Kapoor. As Karan asked the jury to choose the winner, he noted that he can’t decide which of the two celebrities was worse in their answers. As Kareena asked if they were that bad, Karan declared, “I think in the history of rapid-fires, this is the worst.” The jury still declared Aamir as the winner with 73% votes, which might have been because of the one-liners he kept delivering during the rest of the episode despite being dubbed ‘boring’ by Karan.

Twitter also agreed with Karan that it was the ‘worst’ rapid-fire in history. One tweeted, “Never thought I would say this but #KareenaKapoorKhan gave a thoroughly boring rapid fire. The answers were rather slow, with no fire, and incredibly evasive. This highly anticipated episode turned out to be a flop.” Another said, “The most boring rapid fire ever in Koffee with Karan and it had Kareena in it. A few years back if someone had told me this, I would have laughed at their faces.” A third one wrote, “Aamir Khan was good but rapid-fire was worst.”

Aamir roasting Karan Johar during the show delivered some of the most interesting moments in the episode. After the roasting, Karan commented, “I thought I had one major troll (a possible reference to Kangana Ranaut) in my life, there is another one who has joined that party.”

You should change the way you charge your smartphone | ZDNet