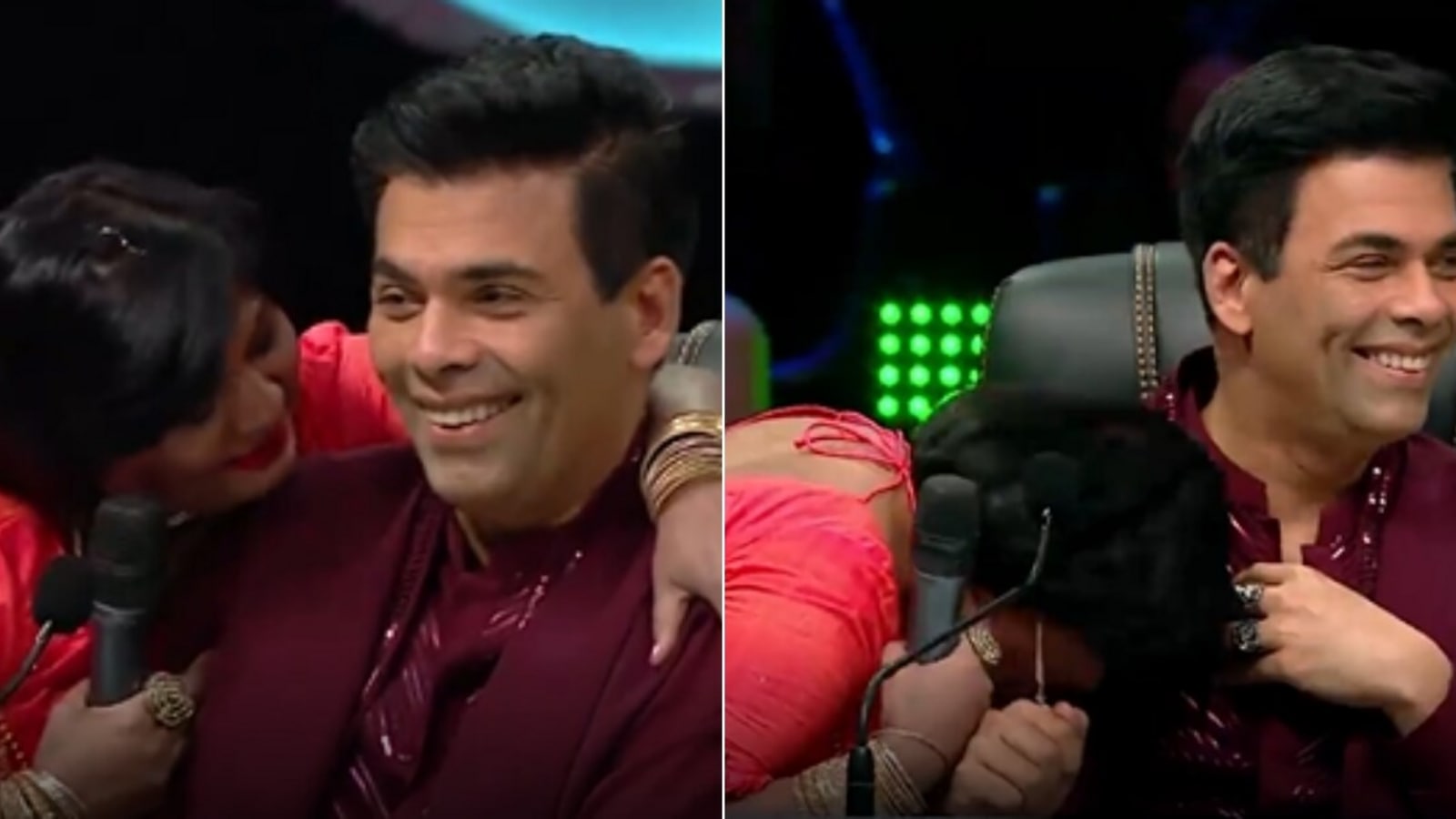 In the new promo video of Hunarbaaz: Desh Ki Shaan, a contestant can be seen hugging Karan Johar.

In a new promo of Hunarbaaz: Desh Ki Shaan, a contestant can be seen flirting with the show’s judge Karan Johar. Karan later goes speechless after she comes and gives him a long, a-bit-too-cosy hug.

The video starts with a contestant saying that he named himself “Bhaijaan” because of Karan. Karan replies to the contestant, “Meine kya bigada hai aapka? Mera toh taste achha tha, aap kahan se nikle (What have I done to you? My taste is good, where did you come from)?”

Another contestant comes on the stage and says, “Mein bohot kuch kehna chahti hun (I want to say a lot of things).” Karan replies by saying, “Aap ko nahi kehna hai, humko sehna hai aap shuru kijiye (You don’t have to say anything, we just have to bear your performance. Start your performance now).” She replies, “Kuch kuch hota hai Karan tum nahi samjhoge (Something happens to me Karan, you will not understand.”

The female contestant later goes to Karan’s seat and keeps her head on his shoulder and hugs him. Karan says, “Yahan pehli bar koi aurat itna ghusi hai (It is the first time that a woman has got so intimate with me).” Parineeti Chopra and Mithun Chakraborthy split into laughter at this.

Another contestant comes on the stage and says that he has a talent for spitting and calls himself “Mein duniya ka sabse bada thookbaaz hun (I am India’s biggest spitter).” Confused Karan says, “Mein aapko aa kar thappad maar du aur bolun ki yeh mera hunar hai? Ki mein thappadbaaz hun (I will come and slap you and will call that my talent. I will say that I am the biggest slapper).”

Read More: Parineeti Chopra screams ‘no’ as Karan Johar tries to set her up with Hunarbaaz contestant, he says ‘take what you get’

Karan, Parineeti and Mithun Chakraborty will be seen as judges on the talent show Hunarbaaz. It will premiere on Colors on January 22.

Payal Rohatgi and Sangram Singh ‘lock Agra’ as wedding venue; wrestler recalls their first meet on a highway in 2011