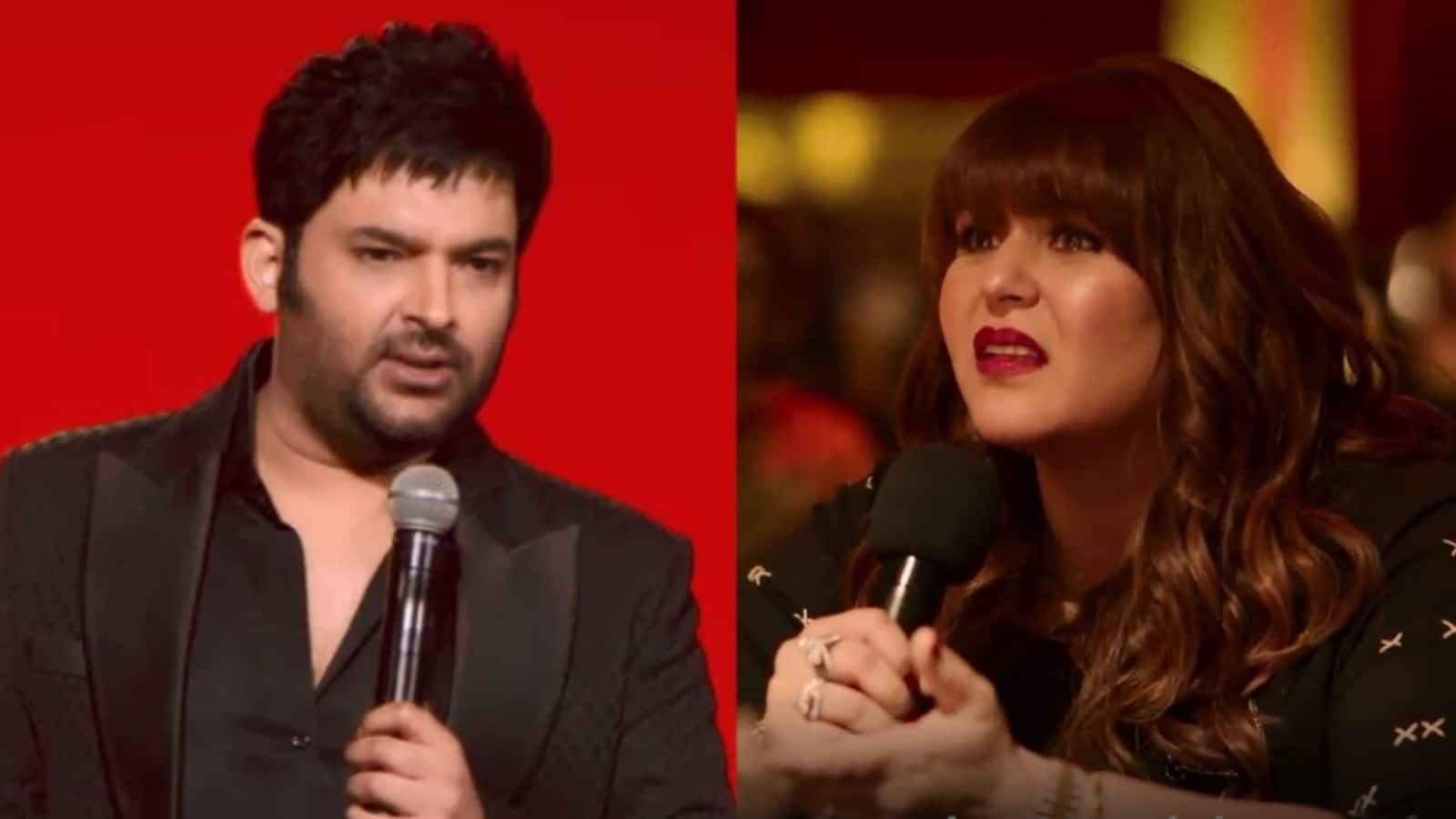 Kapil Sharma has shared the trailer of his upcoming Netflix show, I Am Not Done Yet, which also shows a glimpse of his wife Ginni Chatrath among the audience. The comedian has revealed how Ginni reacted to the title of his new standup act, I Am Not Done Yet.

In the trailer, Kapil claims that the line ‘I am not done yet’ goes very well with his life. He reveals that when he was practising the line in front of the mirror at home, his wife Ginni threw a pillow at him and screamed, “We’ve had two kids in a year and a half, what’s your plan?”

He further says that his father had asked him to marry off his sister and start a family of his own. He adds, “But I knew whom to settle down with, she was Ginni, my wife.”

He goes on to ask her a question from the stage, “Ek scooter wale ladke se kya sochkar pyaar kia (What made you love a scooter-driving m)?” Ginni, seated among the audience in a black attire, replies, “I thought everyone loves a rich guy. Maine socha is gareeb ka bhala kardu (Let me do some charity for this poor guy).”

Kapil and Ginni tied the knot in twin wedding ceremonies in December 2018. They have a two-year-old daughter, Anayra and 11-month-old son, Trishaan.

In another segment of the promo for I Am Not Done Yet, Kapil also opened up about his controversial tweets a few years ago. He reveals waking up to several OB vans stationed outside his residence after a controversial tweet but mistaking them with firetruc He adds that when he asked his cook if there was a fire in the vicinity, he had replied, “It’s your doing. You set Twitter on fire last night.”

Best HP Black Friday 2022 deals: Save today up to $500 on select PCs, monitors, and accessories