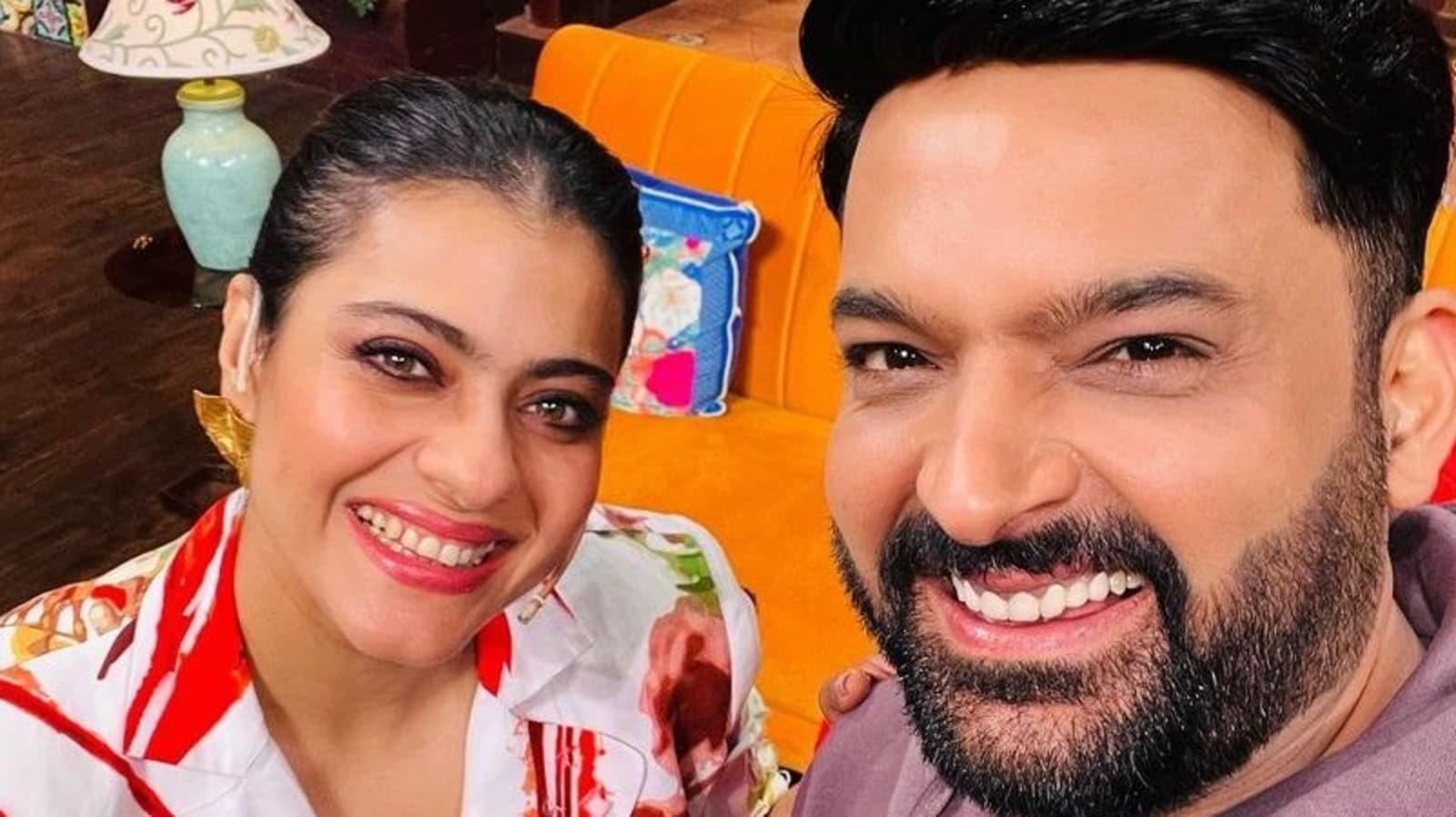 Comedian Kapil Sharma took to Instagram and shared pictures with actor Kajol from the sets of The Kapil Sharma Show. He extended good luck to Kajol for her upcoming movie, Salaam Venky on Wednesday. The film is slated to release on December 9, 2022. Kapil called her ‘everyone’s favourite.’ Along with fans, Kajol reacted to his post. (Also read: Kapil Sharma hosts ‘Golden Girls’ of Commonwealth Games on The Kapil Sharma Show, shares BTS pics from new season)

Kapil shared two pictures with Kajol. In the pictures, he wore a light purple hoodie. Kajol dressed up in quirky white casual suit with floral prints on it. Kapil took the selfies. Both of them were all smiles in the pictures.

Taking to Instagram Stories, Kapil re-shared his post with Kajol and wrote, “With my all time favorite @kajol (red heart emoji).” He added Zara Sa Jhoom Loon Main song on the pictures. Kajol re-shared Kapil’s Story and wrote, “Mine too @kapilsharma you make so many people laugh and smile. Its a gift (handfolded emoji).”

Salaam Venky is produced by Suuraj Sinngh, Shraddha Agrawal, and Varsha Kukreja under the banner BLIVE Productions and RTAKE Studios. It is directed by Revathy. It is set to release in theatres on 9th December 2022.

The film stars Vishal N. Jethwa, Aahana Kumra, Rahul Bose and Rajeev Khandelwal. The story is based on a heroic mother who overcame the most trying conditions with perseverance. Aamir Khan will also be seen in a cameo appearance. The trailer of the movie was unveiled on November 14.

Kapil will be seen in Zwigato. Zwigato is directed by Nandita Das which stars Kapil and Shahana Goswami in lead roles.

Karan Kundrra angry at paparazzi for trying to enter Tejasswi Prakash’s house: ‘I don’t like all this. She is my GF’