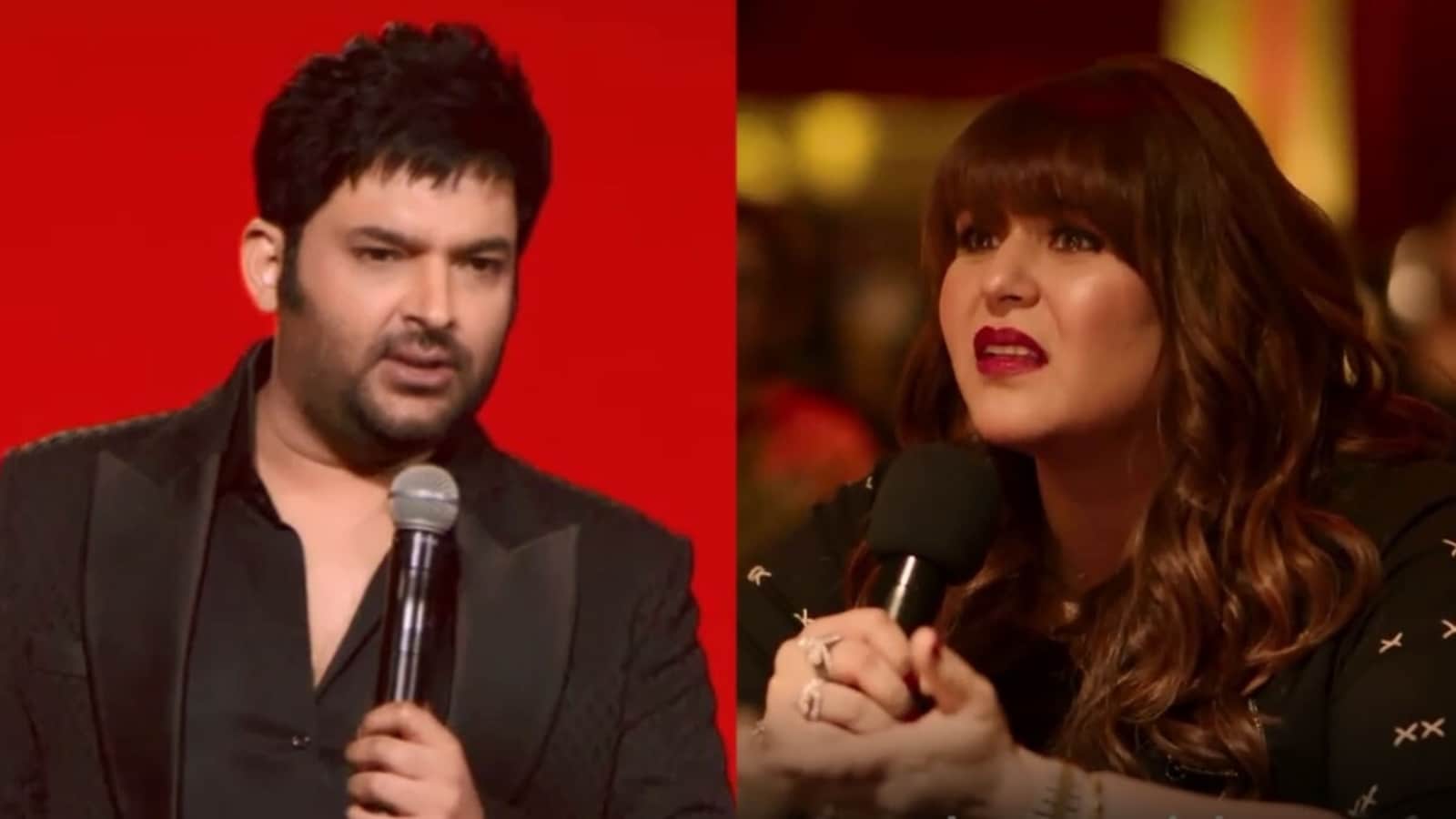 Kapil Sharma recently made his OTT debut with his stand-up comedy special I Am Not Done Yet on Netflix. The comedian has now reacted to the comments that came his way in response to the Netflix special.

Netflix has shared a video on its YouTube channel. which has Kapil answering to a few comments about the show. He has also reacted to wife Ginni Chatrath roasting him on the show. She was seated among the audience during Kapil’s stand-up act.

During the stand-up special, Kapil had asked Ginni about what made her fall in love with him. “Ek scooter wale ladke se kya sochkar pyaar kia (What made you fall in love with scooter-riding guy)?” he had asked Ginni, to which she had replied, “I thought everyone loves a rich guy. Maine socha is gareeb ka bhala hi kardu (Let me do some charity for this poor guy).”

A viewer commented, “The best comedic line in this video is of Ginni’s reply ‘socha is gareeb ka bhala hi kardu’.” Kapil replied to him, “Actually, pahli baar koi mujhpe bhari pada hai (Someone has bested me for the first time).”

Kapil thanked another fan who called him an inspiration. However, the fan’s comment further read, “Aapse maine seekha hai ki bottle kholne se pahle net band karlena chahiye (I have learnt from you that we must switch off the internet before opening the liquor bottle).” Jokingly scolding the fan, Kapil replied, “Mere thank you wapas karo (return my thank you).”

The fan made a reference to Kapil’s infamous drunk tweets. During the stand-up special, Kapil admitted that his controversial tweets to PM Narendra Modi in the past were done under the influence of alcohol. “Some tweets were from Johnnie Walker, while some were from Jack Daniels,” Kapil had said, referencing the popular liquor brands.

A fan went on to ask Kapil about which alcohol brands does he prefer. He replied to him, “Khali pooch hi rahe ho ya mangwaoge bhi aap. Mangwani hai to main batau, otherwise aise comment me puchhne ka matlab nahi hai (Are you simply asking me or will offer me some as well. If you are offering, I can tell you the brands, otherwise, there is no use commenting)?”

Kapil Sharma got married to Ginni Chatrath in 2018. The couple are parents to daughter Anayra and son Trishaan.