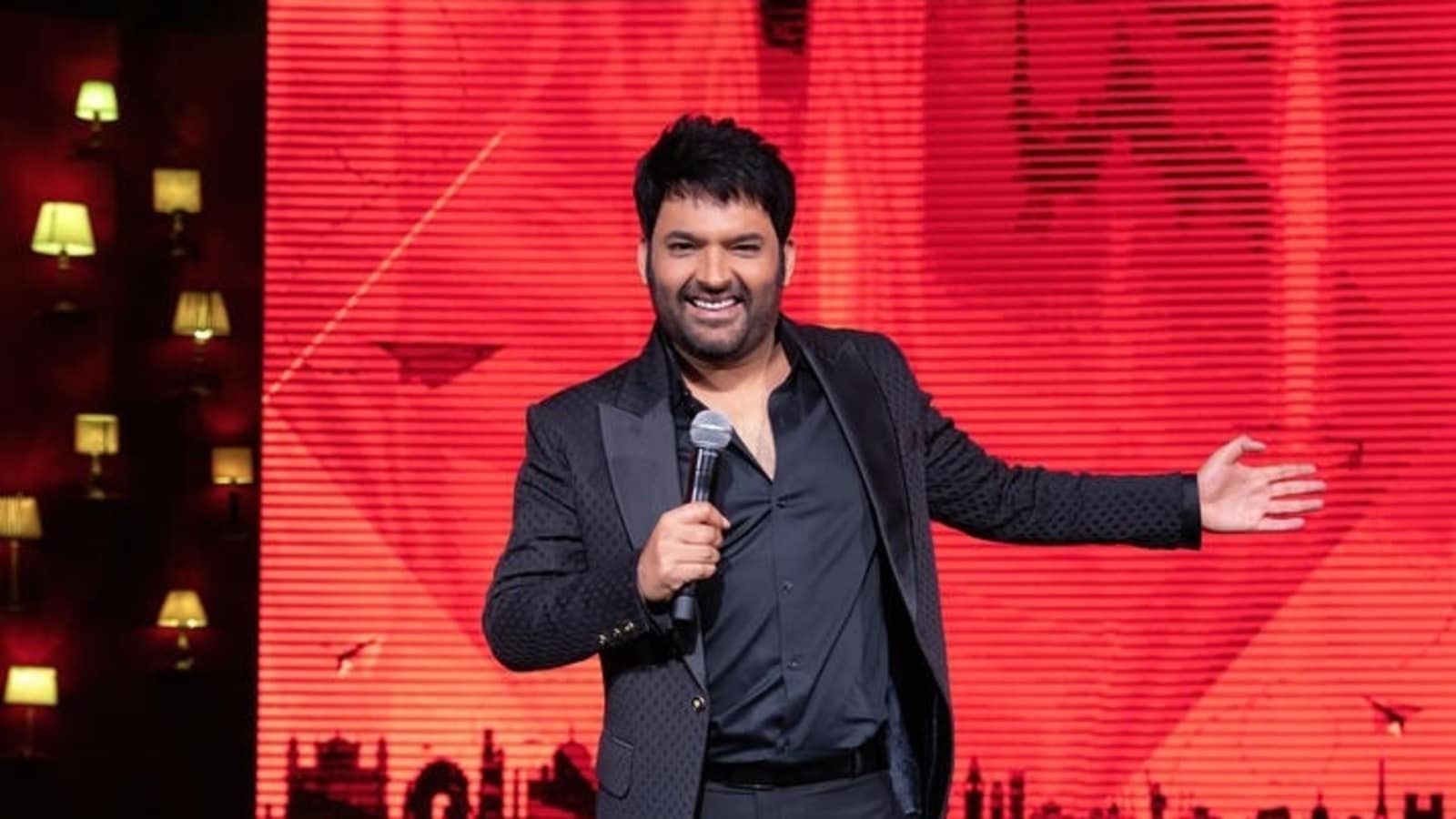 The idea of a Kapil Sharma Netflix special will never not be fascinating. It was fascinating when it was announced and it remains so after having watched it. As a stand-up comedy nerd who doesn’t engage with The Kapil Sharma Show (which ranges from crass entertainment to warped psychological experiment), like many, I remained genuinely curious to see what a Kapil Sharma stand-up special would look like.

There’s something so delightful about that idea alone – to see what the artist has to offer if you strip away the (regressive) flashy facades and carefully controlled packaging around him. To separate the comedian from the ‘variety show’ machinery and take him back to comedy in its purest form–a microphone, a stage and an audience. The event of the Netflix comedy special has shown us what that can do with comics like Ellen Degeneres and Seth Meyers and to some extent Adam Sandler and Judd Apatow.

Titled I’m Not Done Yet, Kapil’s special opens on a flashy stage in a fancy theatre. The scale and lavishness of it all seem to scream that, just like him, this night is a big deal. What struck me first was the seating. Instead of the theatre-style seating considered essential and conducive to the communal stand-up comedy experience, Kapil’s audience sits around circular tables, the kind you’d see at a wedding reception or corporate event. That, together with the energy of the audience filled with his friends and family, makes you feel like they’re all here to celebrate Kapil’s big night rather than watch him perform. A kind of lifetime-achievement-award-style tribute to him – which is essentially what I’m Not Done Yet is. (The entire special features more clapping and hooting than it does laughing, which says it all).

As comedy specials go, I’m Not Done Yet isn’t particularly funny. But it’s nonetheless an intriguing and oddly rewarding watch. Despite its lack of laughs, it is satisfying storytelling about an objectively fascinating artist recounting his journey so far and the turbulent last few years of his career. Maybe they should’ve gone with Kapil Sharma: The Journey So Far, instead.

His first punchline is followed by a clunky Comedy Nights-stye ‘ba-dum-tss’ drumbeat by the live band on stage which he immediately tells them not to do for this show, saying “This is not for TV bro”. A small, but significant moment of Kapil acknowledging he’s in a different playhouse. The special begins with him explaining why he agreed to a Netflix special in the first place, and why it deserves the title I’m Not Done Yet–referring to his ambition to constantly keep hitting at the next level in his career. We then get another fun little Netflix bit comparing its logo and ‘tudum’ sound with what he grew up with — Doordarshan, which he says was so lethargic in comparison that even the logo had to warm up. But then Kapil doesn’t stop. We also get a series of baffling bits referencing more Netflix shows like Money Heist and Narcos, as if he’s either been briefed to plug the platform he’s on, or else feels like he needs to. Either way, it’s just strange.

Also read: Kapil Sharma recalls early days in Mumbai: ‘People will laugh if I tell them how I started’

The earlier portions I’m Not Done Yet, in which he makes generic observations like how India’s growing population produces the equivalent of one Australia every year, and then sends them off to Canada–are funnier but also more rehearsed. As if he hasn’t performed this material in front of many audiences before this. But as the show progresses and increasingly becomes more about his life, journey and career, he seems to get more comfortable. And while the laughs don’t come as thick as fast, the perspective and honesty certainly do. (Ideally, you’d want both, but oh well).

For me, the strongest portion of the special is early on when he discusses his struggles with depression and alcoholism and, more specifically, the various Twitter spats it led to. But it wasn’t him tweeting he says, it was Jack Daniels and Johnny Walker. This includes his (apparently) drunken tweets against our honourable PM. (His repeated digs against the PM through the special are most telling. I’ll leave you to discover those for yourself). Even within the largely safe material, we learn a great deal about him and his version of events.

There are other parts of his story which aren’t mined for humour and laughs like you’d hope but are still brimming with perspective. Like when he talks about first moving to Mumbai and trying to make it as an actor. Whether it’s riding an elevator for the first time, or being too scared to go swimming in a pool used by women. Right up to winning The Great Indian Laughter Challenge and gate-crashing a party at Shah Rukh Khan’s house.

He also constantly references his family sitting in the audience. At one point he has a conversation with his wife, asking her why she agreed to marry him, while she hits back with pre-prepared punchlines. (Pretty sure that’s the first time I’ve seen a comedy special where a comic just straight-up talks to his wife in the middle of it. Say what you want about him, but Kapil’s clearly breaking new ground).

All of this culminates in a truly bizarre closing musical number where he sings a tribute to his late father – a truly strange mix of heartfelt and weird-sounding nursery rhyme. But hey, this is his show to do with as he pleases. He could’ve ended with balancing a teaspoon on his nose and still his fans would have lapped it up.

I’m Not Done Yet is clearly an attempt to bring the Kapil Sharma audience to Netflix rather than allow us to see him in a different way. But, by the end, you can’t help but want to root for him and admire his journey – which I think is what he and his co-writer Ankalp Goswami were going for. More than laughs, they wanted us to go “Good for you Kapil! More power to you. Good for you”.

I only wish to take up relevant stories with substantial roles: Monika Chowdhury