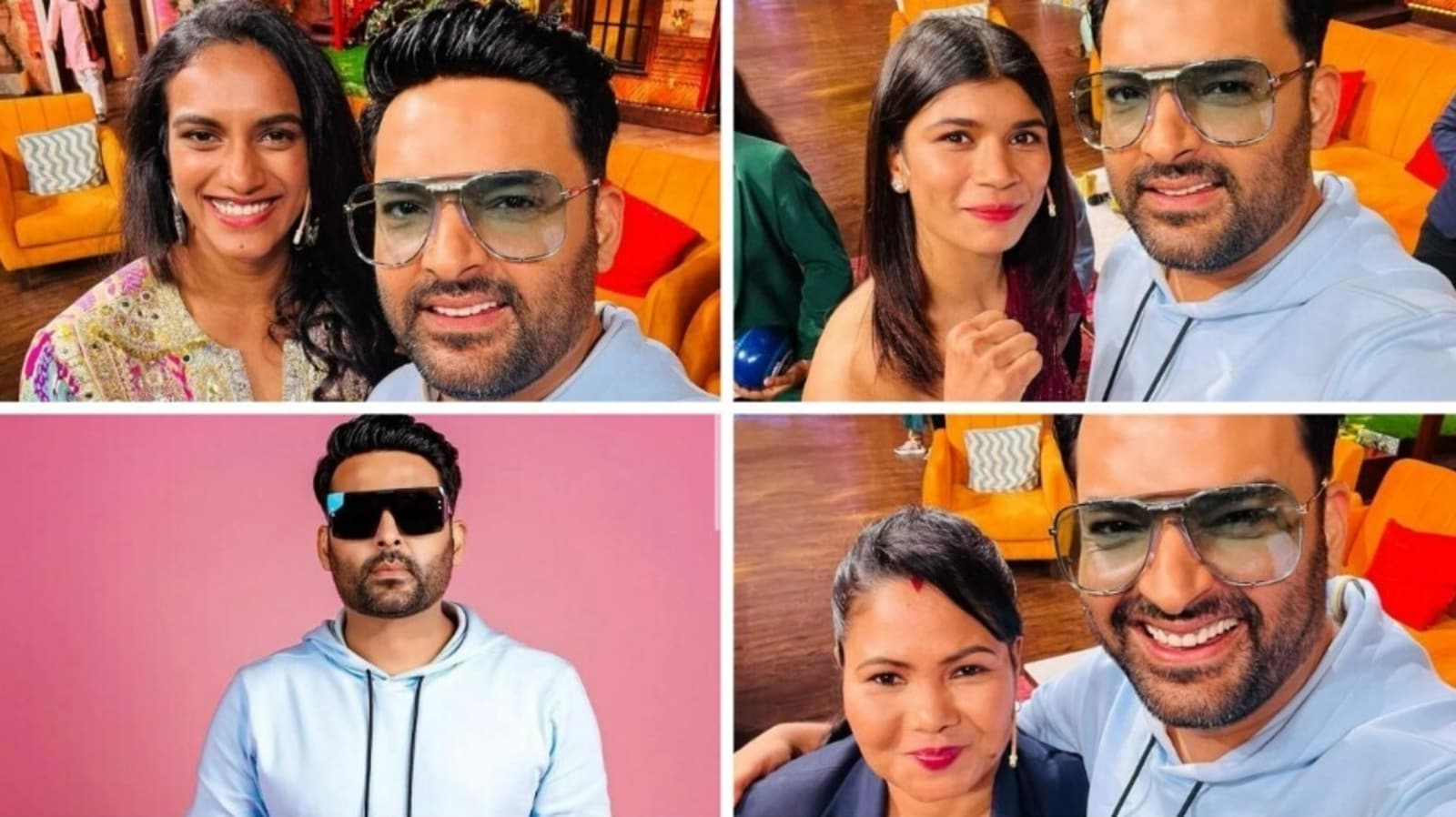 Kapil Sharma shared behind-the-scenes photos from the sets of his upcoming new season of The Kapil Sharma show. On Sunday, Kapil shared selfies with the female athletes of Commonwealth Games 2022, who made the entire nation proud recently. He told fans that the show will return on September 10 in a new avatar. He wore a light blue sweatshirt in the pictures. (Also read: India’s Laughter Champion winner Rajat Sood says he wants to do The Kapil Sharma Show: I went to watch it as an audience)

He also mentioned, “Coming soon on 10th September only on @sonytvofficial @team.kapilsharma.” He used the hashtags #commonwealthgames2022 #tkss #thekapilsharmashow #comedy #sports on his pictures. One of his fans commented, “Million-dollar smile.” Another fan wrote, “Double chin kidr gai?? (Where is your double chin?)” Other fan wrote, “It is amazing.” Many of his fans dropped heart emojis for the athletes of India.

Recently, a promo video teasing the new season of the popular TV show dropped online and revealed which cast members were returning to The Kapil Sharma Show. The short clip featured Sumona Chakravarti, Kiku Sharda, and Chandan Prabhakar as they joined Kapil, who was seen lying on a hospital bed.

The Kapil Sharma Show began in 2016 and has aired 387 episodes over three seasons so far. The last episode aired in June this year, following which the cast took a break and they travelled to the US and Canada for Kapil Sharma’s comedy tour.