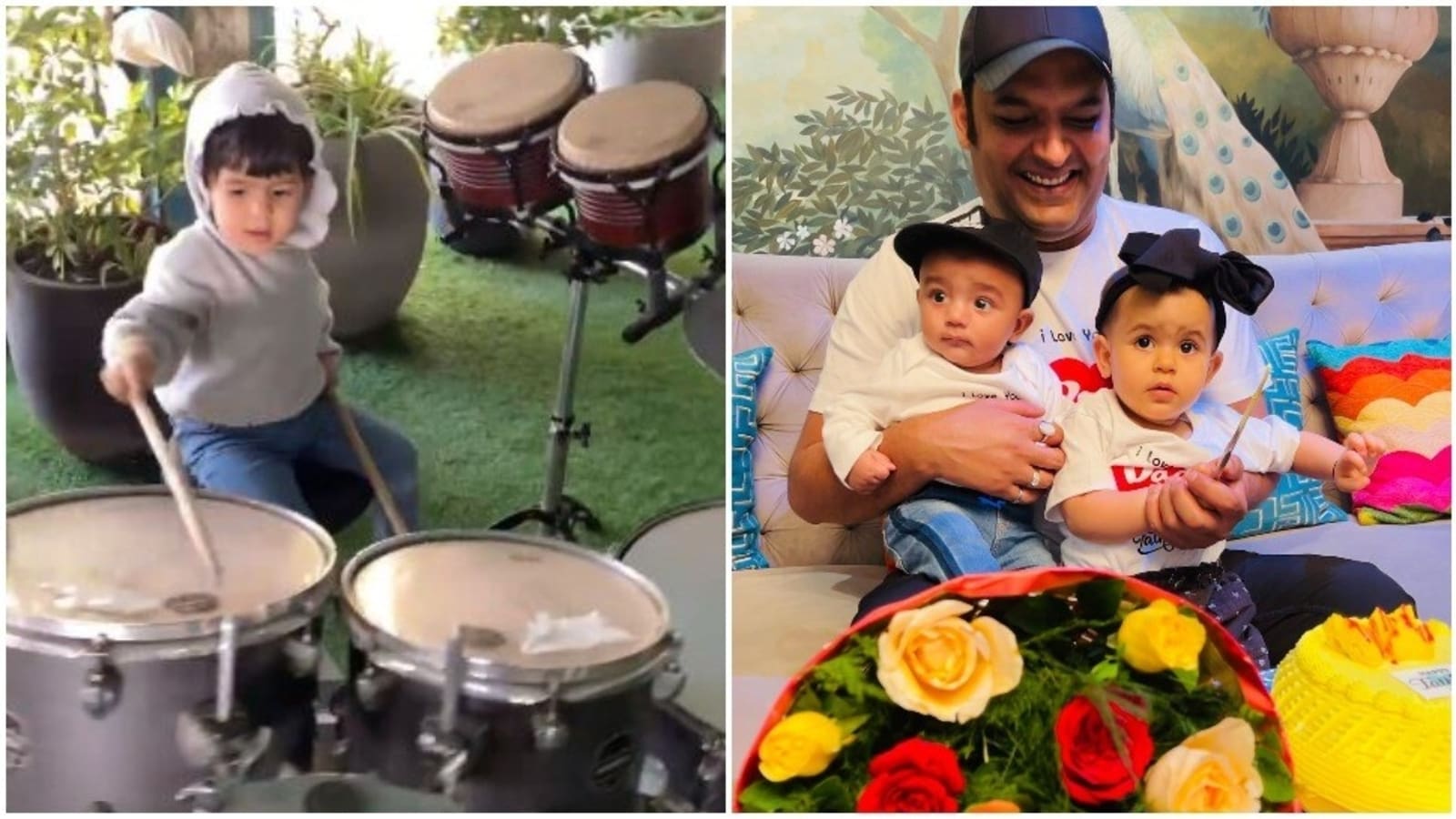 Comedian Kapil Sharma on Tuesday gave a glimpse of his daughter Anayra playing the drums. Taking to Instagram Stories, Kapil shared a video clip and compared Anayra to himself.

In the video, Anayra hit the instruments as she sat on a stool in a space decorated with potted plants and an artificial grass carpet in their home. As the video ended, with Kapil behind the lens, Anayra was heard saying, “Papa aap bajao, aap bhi bajao (papa you play, you also play).”

Recently, Kapil had teamed up with singer Mika Singh, playing the drum and the bongo on Lohri at his home. Apart from Kapil and Mika, former’s wife Ginni Chatrath, Anayra and son Trishaan also featured in the video.

In the video, Ginni tried to make Trishaan dance, Anayra grooved to the music and Kapil carried Trishaan in his arms and danced with his children. This year, Trishaan celebrated his first Lohri. Kapil and Ginni welcomed Trishaan on February 1, last year and Anayra on December 10, 2019. They tied the knot in Jalandhar on December 12, 2018.

Kapil rarely shares pictures of his children on social media platforms. In September 2021, he had shared several pictures of Anayra on Instagram. He had captioned it, “Happy daughters day #daughters #blessings #daughterlove #happydaughtersday #anayrasharma.”

In another post in June last year, he posed with both his children sitting on his lap. Kapil had captioned the post, “Public ki poorzor maang par Anayra aur Trishaan pehli baar ek saath (On public demand, Trishaan and Anayra together for the first time).”

Meanwhile, Kapil will make his debut on the streaming platform Netflix with his special titled Kapil Sharma: I’m Not Done Yet. Earlier, producer Mahaveer Jain also announced a biopic based on Kapil’s life. The film, titled Funkaar, will be directed by Mrighdeep Singh Lamba.

Bharti Singh tells paparazzo her son will take revenge on him for following her during pregnancy: ‘Mera beta badla lega’