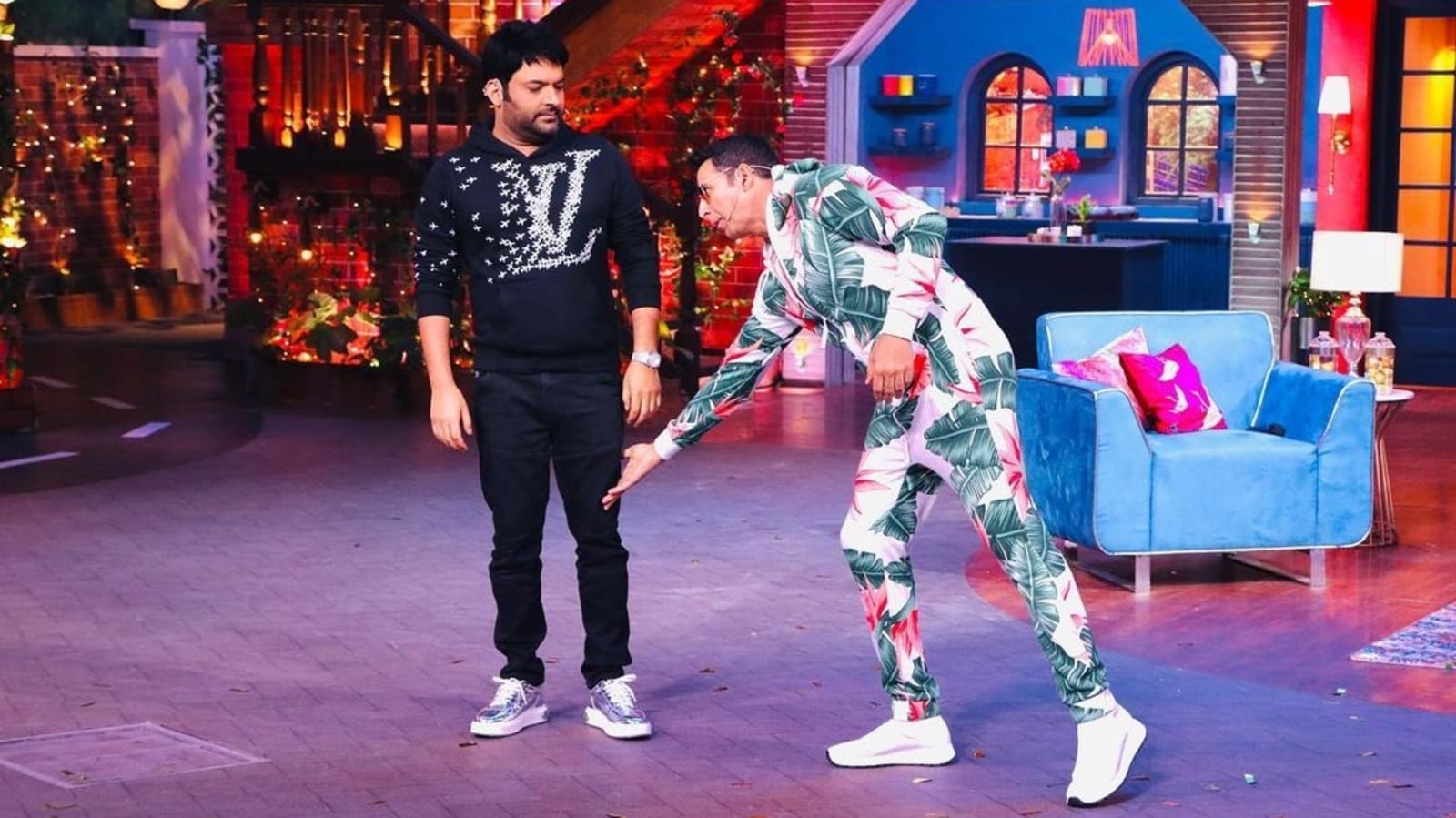 Kapil Sharma frequently gets to meet and host Akshay Kumar on The Kapil Sharma Show when the latter comes over to promote his films. Kapil has now explained the real story behind one of his Instagram pictures with Akshay, in which the latter was seen touching his feet.

During an interview with comedian Anubhav Singh Bassi ahead of the release of his Netflix show, Kapil Sharma: I’m Not Done Yet, Kapil was asked to share the story behind the picture with Akshay. He said, “Bas yahi kamaya hai (This is it. This is all I have earned).”

Kapil said he was touching Akshay’s feet when he came to promote his film BellBottom. But Akshay pointed out that Kapil only touches the knees instead of going all the way down to touch the feet and showed him how he does it. “He was basically showing me how to touch the feet. I asked the photographer to click at that very moment,” Kapil said.

Kapil was also shown a picture from his workout session. Talking about it, Kapil revealed how he used had brought his weight to 72 kilos while working on his home production, Firangi. “I had become Akshay Kumar. I would wake up at 4:30 am and work out in the open. I would do breakfast and would reach the sets by 7 am.” He added that since the film flopped, he bounced back to 92 kilos.

Kapil’s Netflix Original Kapil Sharma: I’m Not Done Yet would be streaming on Netflix January 28 onwards.

Aly Goni shares video of fans cheering for Johnny Depp outside courtroom, says he’d be ‘trolled to death’ in India