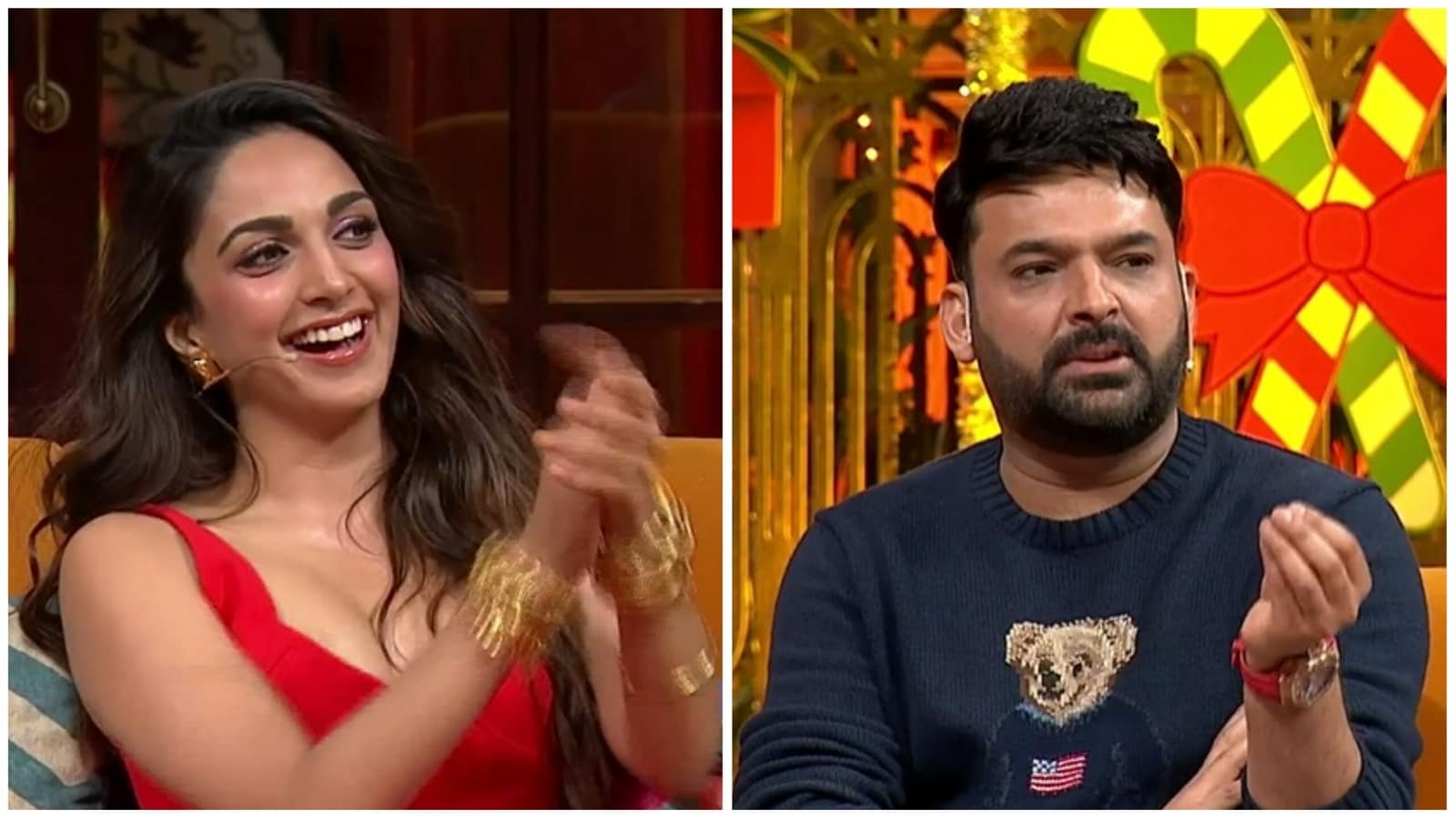 The team of Govinda Naam Mera will be seen on The Kapil Sharma Show this weekend. Though Bhumi Pednekar couldn’t make it to the show, her co-stars Vicky Kaushal, Kiara Advani, Renuka Shahane and director Shashank Khaitan will be seen dealing with Kapil’s jokes. The promo shows Kapil asking Kiara about her habit of going to bed early.

Sony shared The Kapil Sharma Show promo on Instagram. It shows Kapil talking about how Kiara is very disciplined and doesn’t attend many parties and goes to bed by 10 pm. Asking Kiara about the same, he says, “Kyu itni jaldi so jati hain, aapko jaake Akshay paji ko udhana hota hai subah subah? (why do you sleep so early, do you have to go to wake up Akshay Kumar early morning)?”

Kapil also asked Govinda Naam Mera director Shashank Khaitan about what brought the idea of ‘gharwali and baharwali’. The film features Bhumi as Vicky’s wife and Kiara as Vicky’s girlfriend. Shashank said the film was a tribute to Kapil who already has a wife, Ginni Chatrath, and still he flirts with female actors on his show. “Hamesha maine notice kia hai, ek gharwali to hai hi, par aapki hamesha baharwali pe nazar hoti hai (I have always noticed that though you have a wife, still you look out for other women),” he says.

Govinda Naam Mera released on Disney+ Hotstar last Friday. It revolves around Vicky’s character Govinda who feels miserable while dealing with a wife demanding ₹2 crore for divorce, a girlfriend who wants to get married to him and a court case over his bungalow which his step-brother wants to snatch from him. A murder case makes it even more worse. Ranbir Kapoor also has a cameo whereas Renuka Shahane plays Vicky’s wheelchair-ridden mom in the film. Kiara and Vicky have four dance numbers in the film including Kyaa Baat Haii 2.0, Pappi Jhappi, Bijli and Bana Sharabi.

Kiara is currently working on her next, Satyaprem Ki Katha with Kartik Aaryan. She also has a Telugu film with Ram Charan in the making.