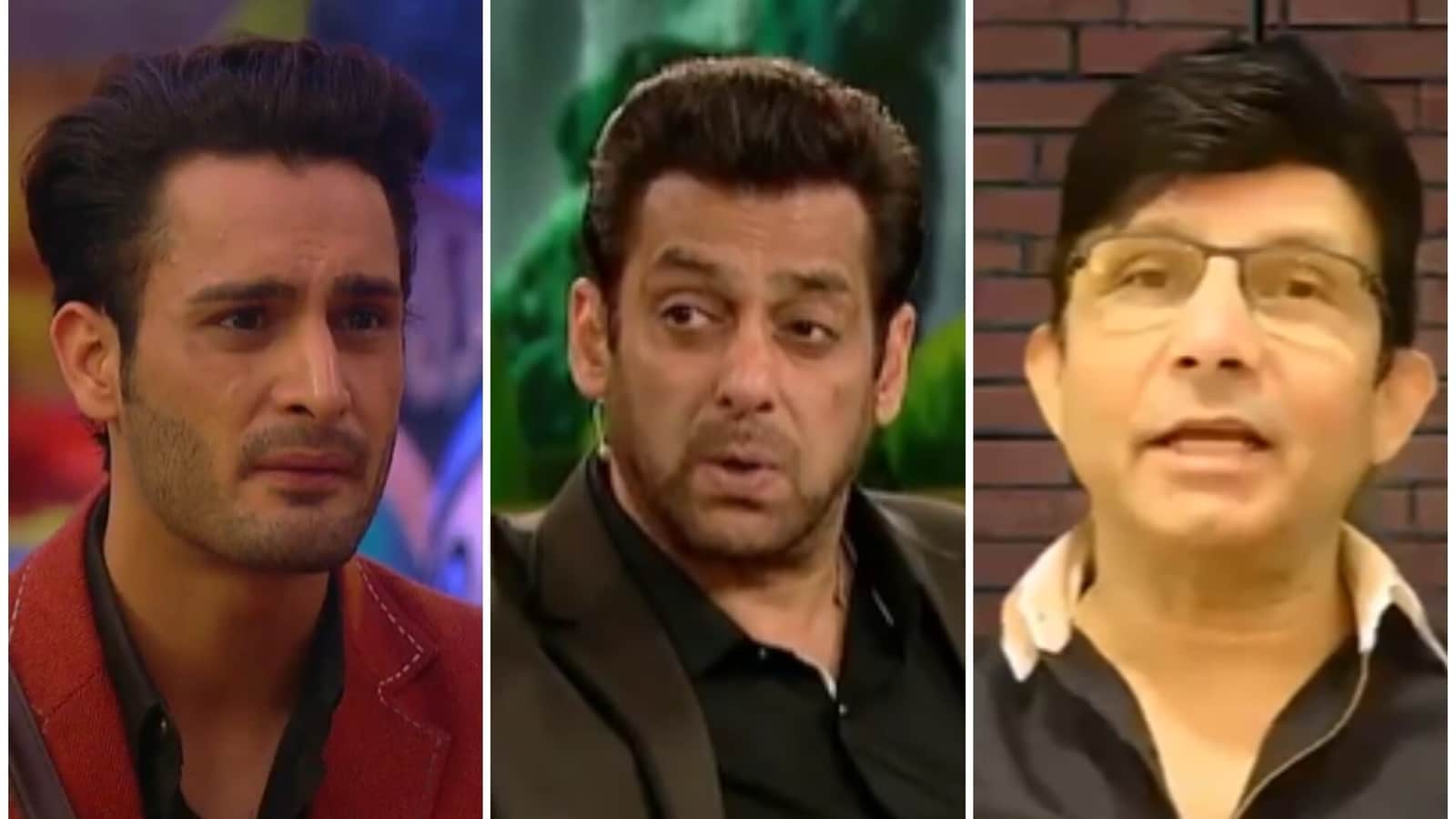 Umar tackled Pratik to the ground on Bigg Boss 15 last week. While some viewers demanded his eviction, others brought up the fact that Simba Nagpal was not punished for angrily pushing him inside the swimming pool.

Geeta Kapur, who came as a panellist on Sunday’s Weekend Ka Vaar episode, talked about how Umar’s aggression does not go well with his profession. He is a surgeon. “I would never want to be treated by someone with an aggression like yours,” she told him.

Also see | Bigg Boss OTT: KRK claims Shamita Shetty is 48, gets reminded even her older sister Shilpa Shetty is younger than that

KRK, who was a contestant on Bigg Boss 3, has had a longstanding beef with Salman, who slapped a legal notice on him last year. While KRK claimed that it was in retaliation to an unfavourable review of Radhe: Your Most Wanted Bhai, Salman’s lawyers maintained that the suit was in response to allegations of corruption and money laundering against Being Human.

While KRK refrains from explicitly naming Salman in his tweets, he often takes thinly-veiled jibes at him. In one post, KRK called Salman ‘Bollywood ke gunde bhai (Bollywood’s goon)’ and wrote, “…I promise to destroy your career and make you a TV actor. It’s your #Antim time.”

OnePlus 10RT to be the next smartphone OnePlus launches in India, possible specifications and price leaked- Technology News, Firstpost