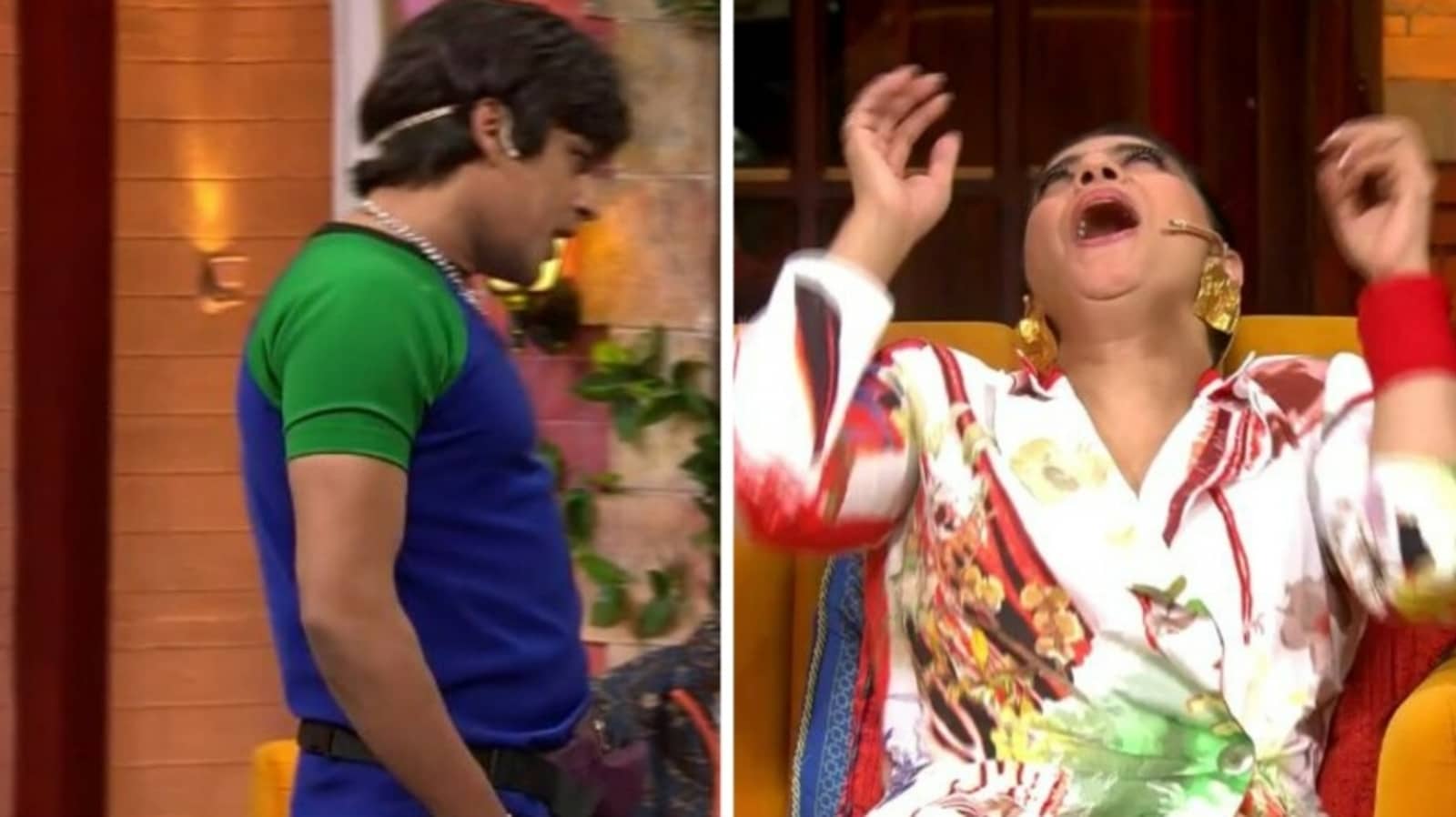 In the upcoming episode of The Kapil Sharma Show, Kajol marked her presence for the promotion of her upcoming movie Salaam Venky. She was joined by Revathy and Vishal Jethwa for promotion of their movie on Kapil Sharma’s show. Jayvijay Sachan and Rajiv Thakur entertained the guests on the set. Kajol roared with laughter after hearing Ajay Devgn’s mimicry performed by Jayvijay. She gave a standing ovation at the end to praise Jayvijay’s efforts. (Also read: Vikalp Mehta’s Akshay Kumar impression stumps all on The Kapil Sharma Show, fans want him in Hera Pheri 3)

Salaam Venky is produced by Suuraj Sinngh, Shraddha Agrawal, and Varsha Kukreja under the banner BLIVE Productions and RTAKE Studios. It is directed by Revathy. It is set to release in theatres on 9th December 2022.

The film stars Vishal N. Jethwa, Aahana Kumra, Rahul Bose and Rajeev Khandelwal. The story is based on a heroic mother who overcame the most trying conditions with perseverance. Aamir Khan will also be seen in a cameo appearance.

From Cargo, Minnal Murali to Kudi Yedamaithe: Is sci-fi the next big bet on OTT?