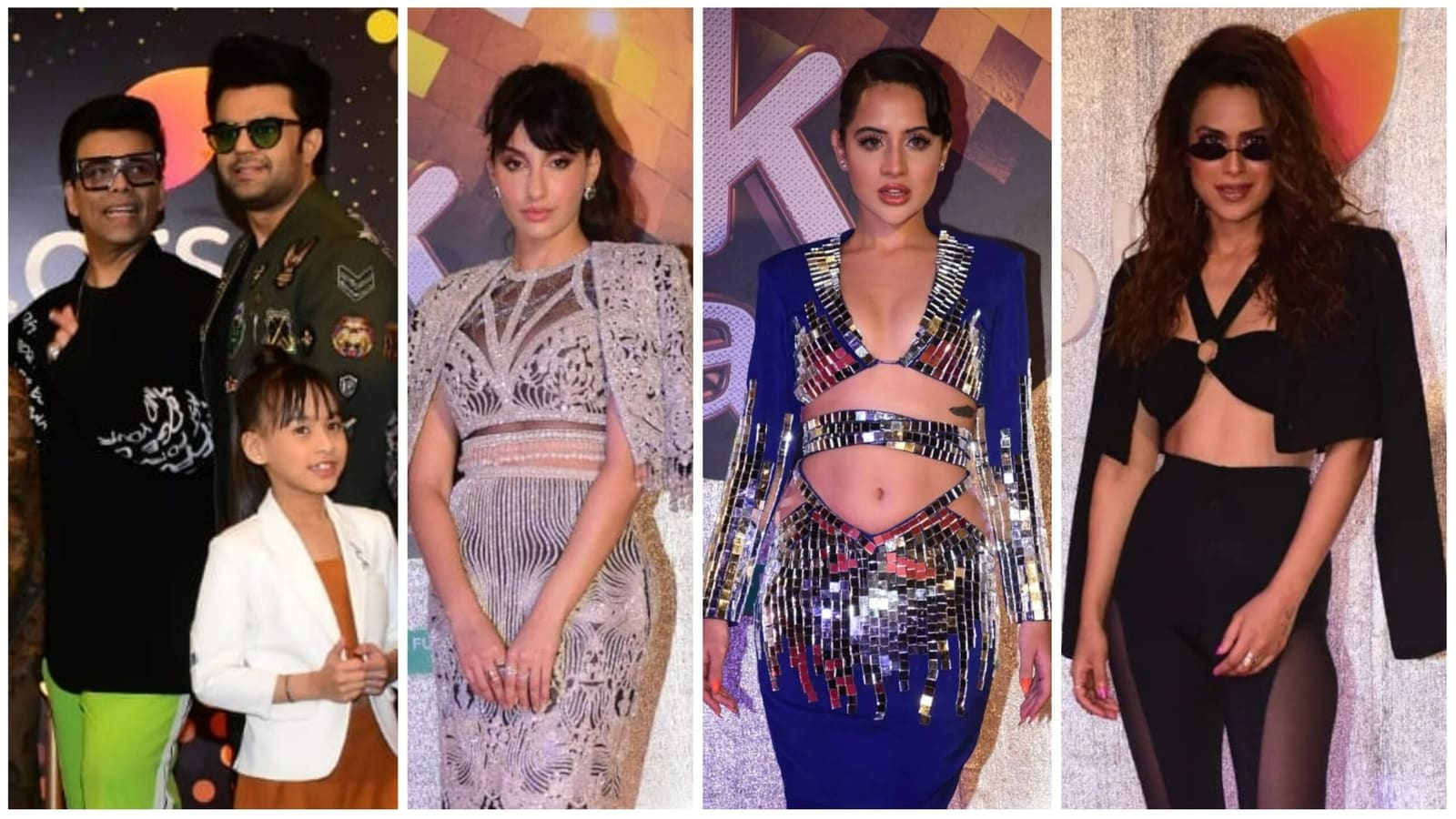 Nia Sharma, who shot to fame with TV show Jamai Raja, arrived in a strapless white top and matching pants. She joined fellow contestant and actor Dheeraj Dhoopar to pose for photographs ahead of the bash. Later, Surbhi Chandna also joined him to pose for pics. Dheeraj has taken a sabbatical from his TV show Kundali Bhagya to participate on the show.

Niti Taylor of Ishqbaaz fame was spotted in a short black dress at the party. Shilpa Shinde too attended the party in a simple black dress. The actor who shot to fame as Bhabhi Ji Ghar Par Hai, had said in a statement earlier, “Bigg Boss was a milestone in my career, and I hope that Jhalak Dikhhla Jaa will also be a great experience for me. My fans eagerly anticipated my return to television after my stint on Bigg Boss, and they are the reason why I am doing this show. I know that they will be excited to see me back on television and what better show to entertain them than Jhalak Dikhhla Jaa. I am a non-dancer and performing in front of an audience is something that I am looking forward to. This is a big platform and I hope that I live up to the expectations of my fans and entertain them till the end of the show.”

Amruta Khanvilkar, who was last seen in Mohit Suri’s film Malang, was spotted in a printed dress. She is also a confirmed participant on the show.

Paras Kalnawat is also among the confirmed contestants on the show. He was ousted from TV show Anupamaa as it clashed with the reality show which will air on a rival channel. Among the unconfirmed contestants, Uorfi Javed stole attention in a blue dress with a touch of bling. She was later spotted in a short black dress.

Man squeezes through tiny opening in the ground. Viral video may make your heart race faster

Father surprises son with the news of his graduation. Watch