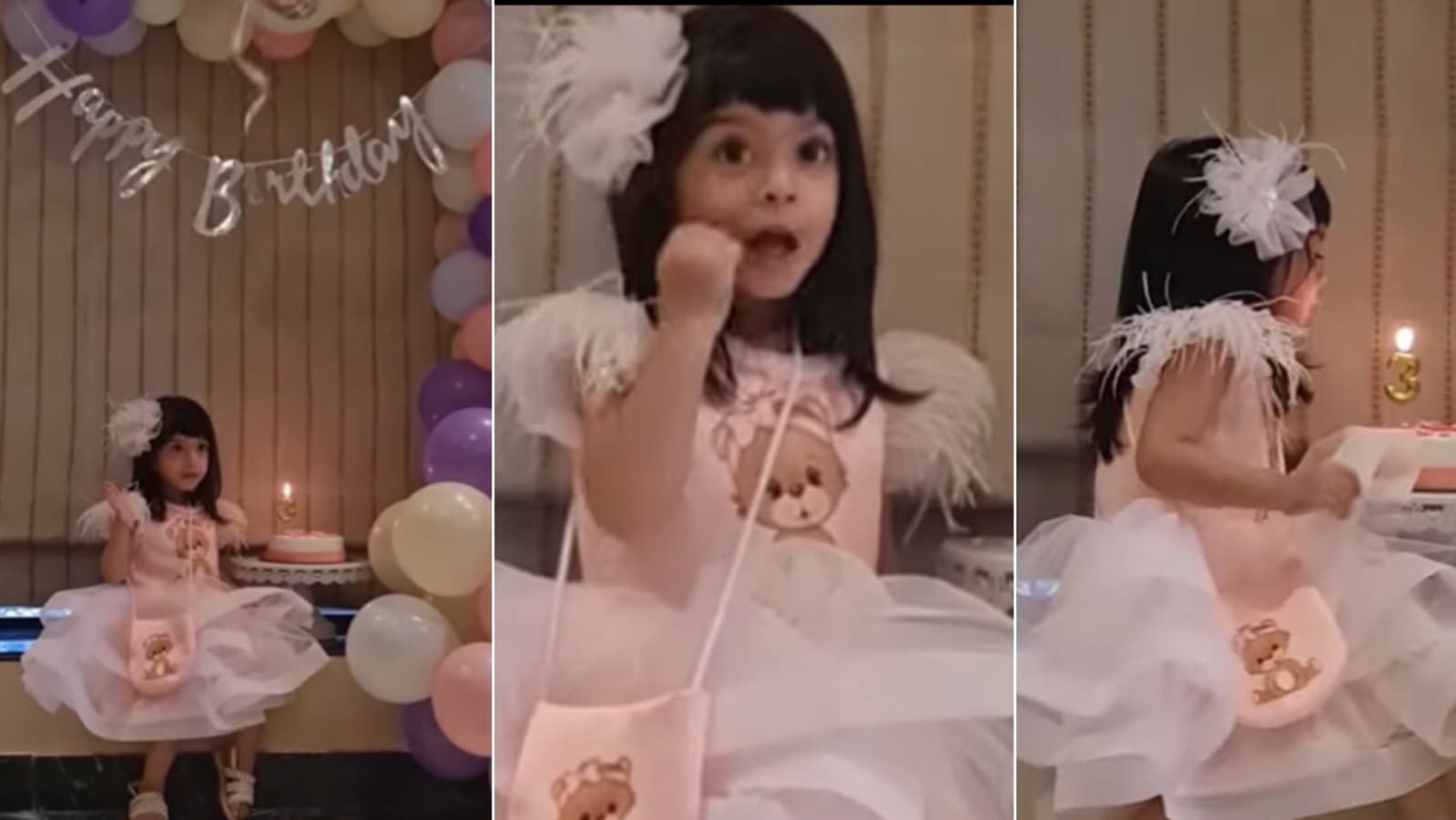 Actor Jay Bhanushali shared a video of daughter Tara from her third birthday on Instagram. In the clip, Tara is seen wearing a pink dress as she played with a silver balloon. In the background, there are balloons and a white and pink birthday cake. Jay also added a ‘happy birthday’ song to the video. Also Read: Jay Bhanushali’s daughter Tara meets her ‘fans’, asks them ‘aapne khana khaya?’ Watch video

Jay Bhanushali and Mahhi Vij often share pictures and videos of Tara on their social media handles. Bollywood actor Kiara Advani has previously confessed to being a fan of Tara, while a video of her with actor Kartik Aaryan has also been shared online. Earlier in May, at Baba Siddiqui’s star-studded iftar party in Mumbai, Tara was seen having a sweet interaction with actor Salman Khan, as her parents watched on. Read More: Kartik Aaryan exchanges flying kisses with Jay Bhanushali’s daughter Tara; Kiara Advani bonds with her. Watch

In June, Jay shared a video of Tara interacting with her fans and asking them if they had dinner. Posting it, Jay wrote, “Blessed to have @tarajaymahhi in our life… loved the way she said ‘apne khaana khaya’, always be caring and loving towards all the people you meet and thank you bachas for all the love.”

Jay and Mahhi tied the knot in 2011, the couple has said in an interview that they tried to conceive for years before they welcomed Tara in 2019 through IVF. They are also foster parents to a boy named Rajveer and a girl named Khushi.

How to apply for college: Your step-by-step guide

Doggo gets bamboozled when her human hides, doesn’t give command to eat. Watch