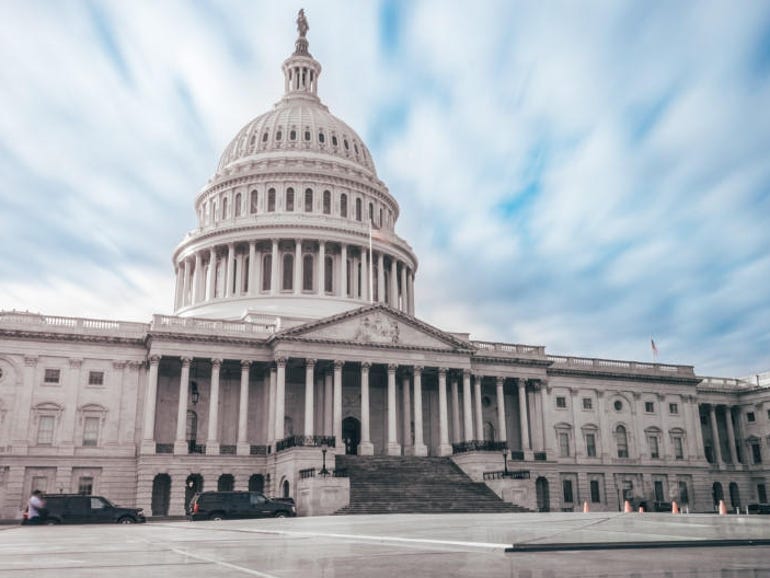 The House Select Committee investigating the January 6th terror attack on the US Capitol has issued four subpoenas to Google, Facebook, Twitter and Reddit as it seeks more information about the incident.

Chairman Bennie Thompson said in a statement that the subpoenas were issued due to “inadequate responses to prior requests for information.”

“Two key questions for the Select Committee are how the spread of misinformation and violent extremism contributed to the violent attack on our democracy, and what steps—if any—social media companies took to prevent their platforms from being breeding grounds for radicalizing people to violence,” Thompson said.

“It’s disappointing that after months of engagement, we still do not have the documents and information necessary to answer those basic questions.  The Select Committee is working to get answers for the American people and help ensure nothing like January 6th ever happens again. We cannot allow our important work to be delayed any further.”

In a letter to Alphabet CEO Sundar Pichai, Thompson said YouTube was a “platform for significant communications by its users that were relevant to the planning and execution of January 6th attack on the United States Capitol, including livestreams of the attack as it was taking place.”

The letter notes that former Trump administration official Steve Bannon live-streamed his podcast on YouTube in the days before and after January 6 and live-streams of the attack appeared on YouTube as it was taking place.

“The Select Committee believes Alphabet has significant undisclosed information that is critical to its investigation, concerning how Alphabet developed, implemented, and reviewed its content moderation, algorithmic promotion, demonetization, and other policies that may have affected the January 6, 2021 events,” Thompson wrote.

“For example, Alphabet has not produced any documents that fully explain non-public moderation discussions and policies that led to President Trump’s suspension or that explain whether or why the platform did or did not act regarding President Trump’s account in advance of January 6th. Additionally, Alphabet has not produced documents relating to YouTube’s policy decisions that may have had an impact on the planning, coordinating, and execution of January 6th Attack on the U.S. Capitol.”

Thompson’s letters to the CEOs of Facebook parent company Meta, Reddit and Twitter similarly criticize the companies for failing to adequately respond to questions from Congress about their role in facilitating the attack last year.

Meta did not respond to ZDNet’s requests for comment. A Twitter spokesperson declined to comment. A Reddit spokesperson said, “We received the subpoena and will continue to work with the committee on their requests.”

Thompson said a number of Meta’s platforms were used “to share messages of hatred, violence, and incitement; to spread misinformation, disinformation, and conspiracy theories around the election; and to coordinate or attempt to coordinate the Stop the Steal movement.”

“Public accounts about Facebook’s Civic Integrity Team indicate that Facebook has documents that are critical to the Select Committee’s investigation,” Thompson said among a host of other charges about Facebook’s role in the attack on Congress.

Reddit was slammed by the Select Committee for hosting the “r/The_Donald” ‘subreddit’ community that eventually moved to the website TheDonald.win in 2020. The website “hosted significant discussion and planning related to the January 6th attack,” according to Thompson.

Twitter was also accused of allowing users to plan and execute the assault on the Capitol. Thompson said Twitter “was reportedly warned about potential violence being planned on the site in advance of January 6th.”

“Twitter users also engaged in communications amplifying allegations of election fraud, including by the former President himself,” Thompson said. “Twitter’s former CEO Jack Dorsey acknowledged last year that Twitter bore some responsibility for the violence that occurred on January 6th.”

Muskan Bamne reacts to trolls who called her mother middle-class