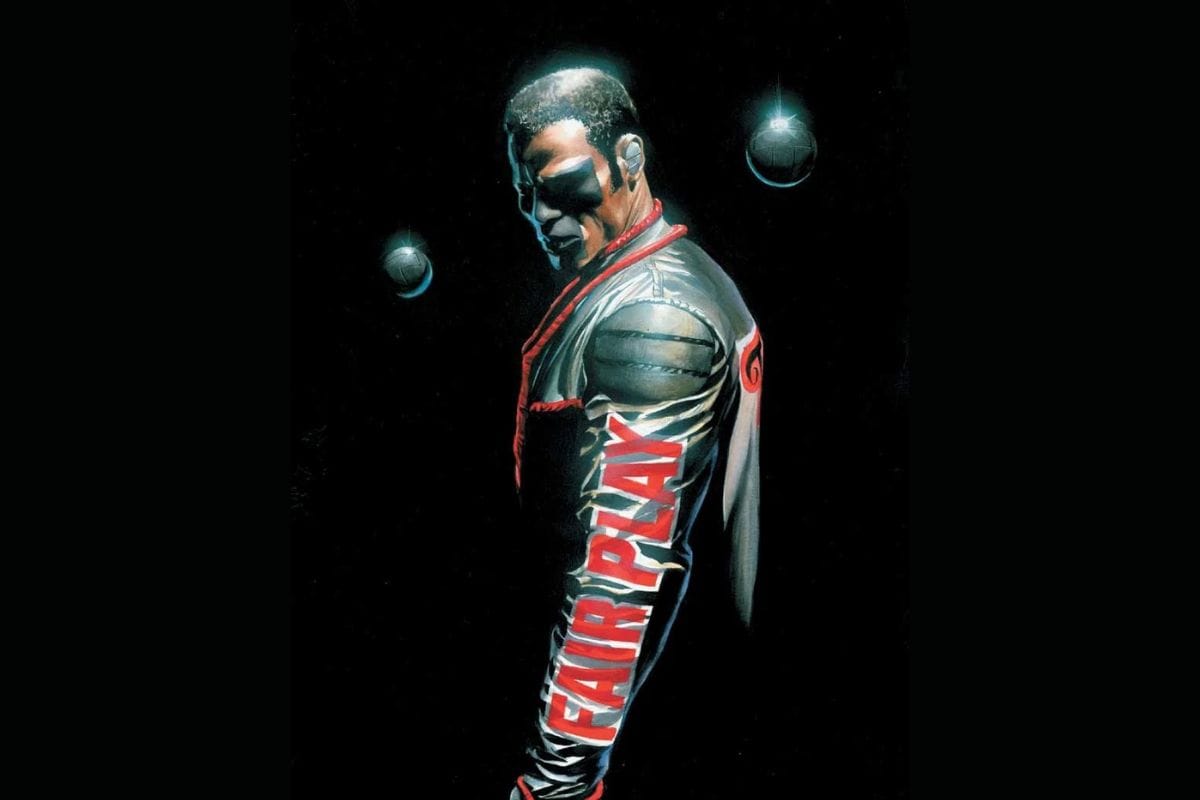 DC Studios’ co-head James Gunn has seemingly teased a Mister Terrific project. The Suicide Squad director shared an image of the lesser-known superhero aka Michael Holt, causing fans to speculate he might be coming to the larger DC Universe. An extensive report from last month suggested that Gunn was pitching two secret DC Comics projects, before getting appointed as co-chair and co-CEO alongside producer Peter Safran. The filmmaker also has a reputation for introducing smaller comic book characters, as seen in Marvel’s Guardians of the Galaxy and his HBO Max series Peacemaker. With Gunn partly in charge of DC’s film, TV, and animated projects, we might see more such introductions in the universe.

Created by John Ostrander and Tom Mandrake, Michael Holt is the second person to don the Mister Terrific mantle, making his first appearance in 1997’s Spectre Vol. 3. Born with an eidetic memory, he collected 14 Ph.Ds, long before becoming a crime fighter, and specialises in tactical analysis, multilingualism, and possesses peak human conditioning, as a result of extensive training. While contemplating suicide following the accidental death of his wife and unborn child, Holt was met by the Spirit of God’s Vengeance, known as the Spectre — he’s an atheist — who informs him about a “Golden Age” superhero called Mister Terrific/ Terry Sloane. Inspired by the story, he takes on the role and dedicates his life to fighting crime.

At a later point, he joins the Justice Society of America (JSA), which recently made its first appearance in the Dwayne Johnson-led Black Adam. As for whether Gunn plans to inject Mister Terrific into the lore, remains to be seen. Similar to Batman, Mister Terrific does not possess any superpowers and relies on high-tech gadgets such as the multipurpose T Spheres and the T-Mask, which makes him invisible to all forms of electronic detection. The character was previously adapted to live-action on The CW Network’s Arrow season 4, played by Echo Kellem, though his name was changed to Curtis Holt. Mister Terrific has also made cameo appearances in the animated TV series Justice League Unlimited and Beware the Batman.

Reports from last week revealed that both Gunn and Safran were mapping out an eight to 10-year plan for DC films, TV series, and animation projects. “The opportunity to make DC as great as it can be and as it should be — that is the reason why I’m doing this job because I know that Peter and I can do that,” said Gunn. “We spent the past couple days with a group of some of the best thinkers in the industry, the best writers in the industry starting to map out that eight to 10-year plan of what it’s going to look like in theatre, in TV, in animation, across the board for these characters.”

This goes in line with Warner Bros. Discovery CEO David Zaslav’s plans, who’s been looking to “reset” the DC Extended Universe, with interwoven stories that build to a dramatic climax. Akin to the Marvel Cinematic Universe, helmed by President Kevin Feige. The company also brought back Henry Cavill into the mix, with reports suggesting a Man of Steel sequel, and quiet removal of ex-DC Films president Walter Hamada, following Black Adam’s theatrical release. The executive has now joined Paramount Pictures and will oversee the horror genre.

The Last of Us TV Series Release Date Has Reportedly Leaked

Boy gives a special gift to newborn brother, then does this. Watch

Elephant calf gets stuck in ditch, officials work at night to rescue it. Watch