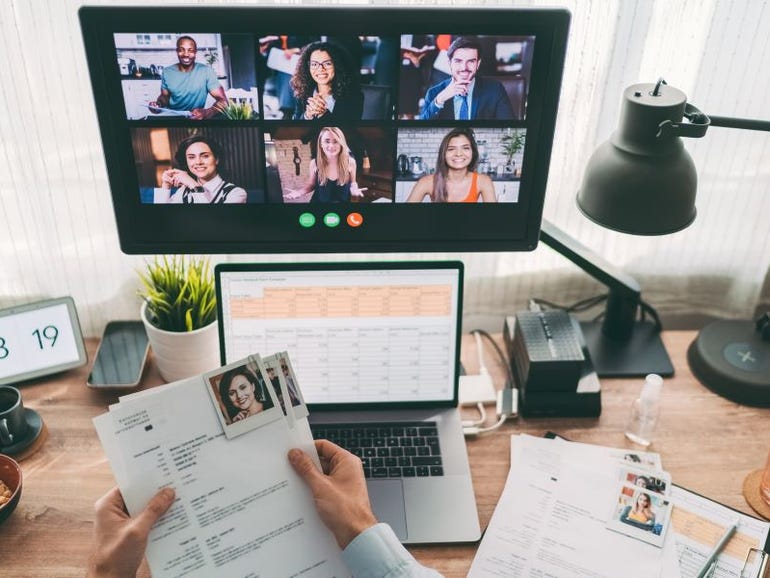 More than half of recruiters are open to the idea of eliminating CVs from the hiring process in favour of an increase in skills-based assessments.

That’s according to a survey conducted by developer hiring platform CodinGame and technical interview platform CoderPad, which found that recruiters are increasingly wary of the limitations of resumes and other traditional hiring techniques when trying to identify skilled candidates.

The survey argued that removing CVs from the hiring process would help open up the talent pool and make recruitment more diverse. Two-thirds (66%) of technology recruiters said bias is an issue in hiring, with resumes regarded as “a major contributory factor”.

SEE: Developers are in short supply. Here are the skills and programming languages employers need

“No matter how you cut it…there just aren’t that many bodies coming into the workforce. The opportunity to be smart about how you’re recruiting, looking for skills and walking away from some of those traditional steps, is really a huge culture shift.”

The argument for skills-based assessment tools centres on the idea that they remove bias in hiring by allowing employers to determine a candidate’s suitability based on their performance alone, as opposed to any information contained within the candidate’s CV that could influence a hiring manager’s employment decisions.

Thanks to growing interest in coding and the proliferation of coding bootcamps, a computer science degree is no longer a prerequisite for a career in software development. That said, having a formal qualification certainly helps, and a number of major technology firms still insist on their employees having a fundamental grasp of programming theory.

“Both Stanford and MIT teach a class called ‘How to Pass the Technical Interview’ for credit,” says Richardson.

“There’s something broken in the world when you’re taking a class on how to get the job at arguably the most highly qualified specialized schools in the country.”

The good news is that, with technology jobs becoming increasingly platform-based, more companies are willing to hire candidates who can show aptitude in software tools, programming languages and frameworks used by the business.

Four in ten (40%) recruiters polled said they regularly hire developers who don’t possess formal qualifications in programming. This is good news for several reasons, says Richardson. For one, many people work in careers that aren’t tied to their educational pursuits – 40% of developers surveyed by CoderPad said they didn’t learn to code through school or university.

“I live in San Francisco, so it’s a slightly weird world, but I know 12-year-olds who can programme better than some developers. So, a college degree doesn’t necessarily mean much,” Richardson adds.

Shifting the focus from resumes to skills also gives an opportunity for those with non-standard job backgrounds to get into tech, says Richardson: “Which we need, frankly. There’s such a mismatch between demand for developers or development skills and the supply of engineering graduates. Our forecasts are that the need for developers is going to grow about 15% year over year. It’s crazy.”

While CoderPad’s research indicates skills-based hiring is becoming more popular, there remains a strong demand for CVs in the hiring process.

When asked whether they would be willing to eliminate CVs from their recruitment process, 30% of respondents said ‘Yes’ and 27% said ‘Maybe’ – while 34% responded with ‘No’.

Recruiters in Europe appear particularly reluctant to wave goodbye to old practices, with 40% saying they would not ditch CVs.

Developers don’t display the same enthusiasm for all assessment tools, either. Whiteboard interviews, for example, are the least-favoured interview format amongst both developers and recruiters. The research notes that “well-qualified candidates can be eliminated during whiteboard interviews because they’re not used to performing in front of an audience,” and that “such tests cause needless anxiety.”

Additional factors that Richardson says will “make developers go insane” in the interview process include giving them improper tooling and asking them questions that aren’t related to the job they’ll be performing – including the much-maligned binary tree assessment.

SEE: Hiring developers? These interview mistakes could be costing you top tech talent

“No one in the world has ever reversed a binary tree at their job, so don’t ask quiz questions – ask questions that are relevant to the job,” she adds.

“The best interviews are ones that really replicate the job experience [and] really make it a collaborative, problem-solving, on-the-job experience.”

Bad hiring processes, ultimately, result in bad hires. Employers that get it wrong not only end up with a candidate who’s a bad fit for the company, but also face the complicated and costly process of restarting recruitment, which Richardson says can lead to a “terrible treadmill of hiring”.

At the same time, the blame for poor hiring decisions usually lands at the feet of those tasked with finding candidates, rather than the companies whose hiring processes aren’t fit for purpose. “It’s much easier to say the recruiters aren’t trying hard enough; we’re not paying people enough,” says Richardson.

“You can pass the blame to many different functions for why you can’t fill your roles. It takes a lot of self-awareness to look at your own processes and ask, ‘Is there something we’re actually doing that creates bias or limits our ability to hire? Are there better ways to do this?'”

House of the Dragon’s Mily Alcock says newfound fame makes her ‘incredibly anxious’: It’s driving me off the wall