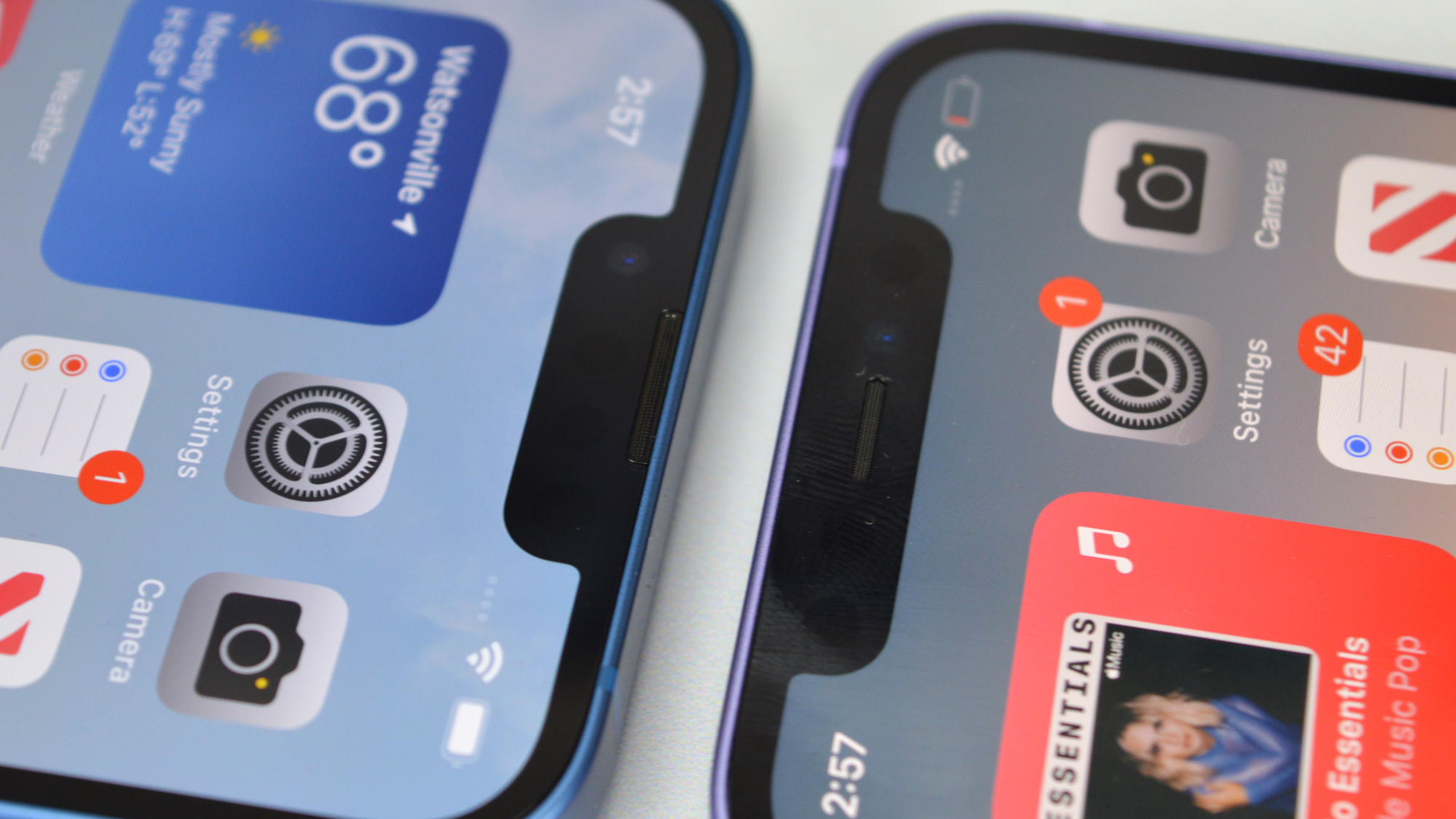 Pictured above are two devices that you should recognize. The notch cutout at the top serves two purposes. First of all, it houses the Face ID components that deliver one of the iPhone’s signature features and a huge security advantage over Android. Secondly, the notch gives the iPhone an identity. The iPhone 13 was the first generation of iPhones to change the notch. Until then, Apple used the same design, as introduced on the 2017 iPhone X. But the notch is going away this year, with the iPhone 14 Pro models rumored to have dual hole-punch displays.

That’s right, Apple’s new iPhone cutouts will continue to support Face ID functionality, but will also give the iPhone 14 its own identity. The concept renders that follow give us an idea of what to expect from the notch replacement.

It’s still just January, but we’ve already seen an awful lot of iPhone 14 Pro rumors claiming that the notch is going away. Some say Samsung and LG will manufacture the hole-punch displays Apple needs for the Pro models. Others offered purported iPhone 14 Pro screen components that indicated the phone will have at least one hole in the display. Some of the rumors said the display cutout will be circular, and others claimed that Apple will use a pill-shaped hole that can house several components.

Then came the bombshell revelation that the iPhone 14 Pro might have two holes in the display. Apple would use both a pill-shaped cutout and a circular hole to replace the notch. These holes will contain the selfie camera and the Face ID components. Apple is also working on technology that will let it move the Face ID and Touch ID sensors under the screen, but that won’t be ready this year.

We’re some eight months away from the iPhone 14’s introduction. This gives us ample time to find out all of the iPhone 14 Pro’s secrets, hole-punch display design included. But designers are already working on renders based on these recent dual hole-punch screen claims.

How would the new notch work?

A YouTuber that goes by the name of the Hacker 34 posted a video that shows such a device in action. The images above and below come from that video. And they’re just what you’d expect. Rather than a notch, the iPhone 14 Pro and iPhone 14 Pro Max would feature two holes at the top. It feels strange, but the design change won’t really impact your regular smartphone use. It’s practically a new notch design variation.

If you come from Android, you’re already familiar with hole-punch screens. If you’re an iPhone loyalist, then you’ve experienced at least one notch version until now. The hole-punch and pill-shaped “new notch” design won’t make a difference.

However, the YouTuber imagined what the new notch configuration will be (seen above). The larger cutout might hold the Face ID components. The circular cutout might house the FaceTime camera.

This notch replacement would free up the status bar for additional icons. The battery percentage might return to the status bar. That’s something that’s not immediately available on current iPhones.

Finally, the YouTuber imagines an iPhone 14 Pro that supports an always-on display. That has nothing to do with notches and hole-punch designs. Instead, it’s all about ensuring the screen is efficient enough to stay on at all times. Check out the full iPhone 14 Pro concept video below.

Kids and dog go running towards father when he returns home from work. Watch