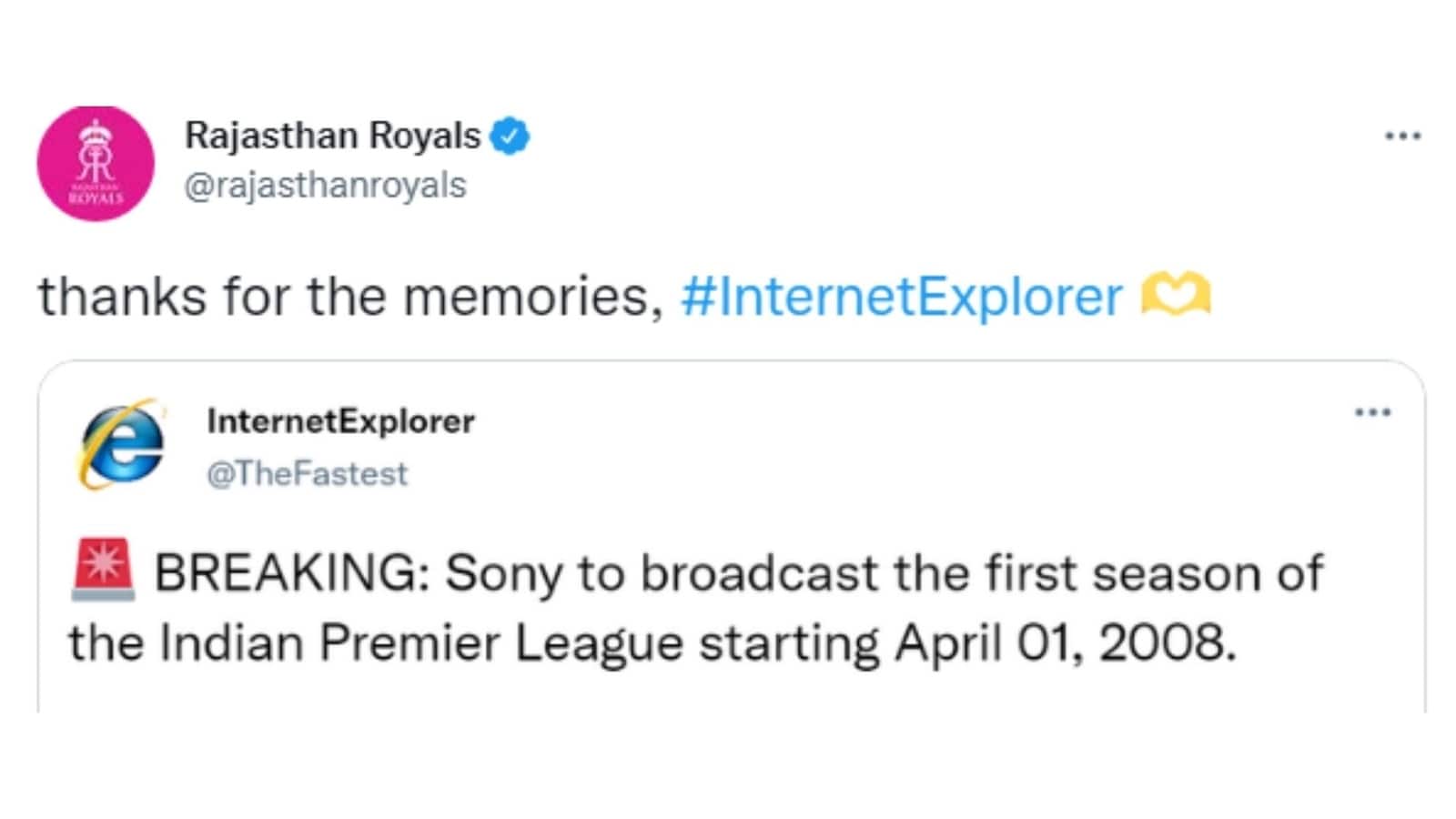 People took to Twitter to share various posts and meme to react to the new of Internet Explorer retiring after 27 years.

Internet Explorer is going to retire after 27 years of service on June 15. It was started as an add-on package for Windows 95 in 1995. Though over the years, many may have stopped using this browser and shifted to other ones, the news of IE retiring has left people feeling nostalgic. People have taken to Twitter to share their memories of the browser by Microsoft. Some are also doing so in the form of memes.

Let’s start with a post shared by IPL franchise Rajasthan Royals. They wrote “Thanks for the memories, #InternetExplorer,” and shared an image. The picture is a screenshot of a meme about the slowness of the browser – which has also served as the source of many jokes for netizens in the past few years.

Then there is this post in which an individual showcased their respect for the browser. This is what they tweeted:

An individual imagined how the 90s’ kids, who were frequent users of this browser when it launched, must be feeling about Internet Explorer retiring. They shared:

“Microsoft ne finally #InternetExplorer ko retire kardiya hai 27 years after its launch,” wrote an Twitter user along with two pleading face emoticons. “Fond memories #InternetExplorer,” expressed another. “Microsoft has finally announced the retirement of its oldest browser, Internet Explorer. After 27 years of service, the app will finally retire in peace,” commented a third.

Internet Explorer is retiring due to its failing user base and also due to tough competition from other browsers in the market.

What are your thoughts on Internet Explorer retiring?

Sonali Bendre on returning with DID Lil Masters 5: There was no guarantee, that I’d ever return