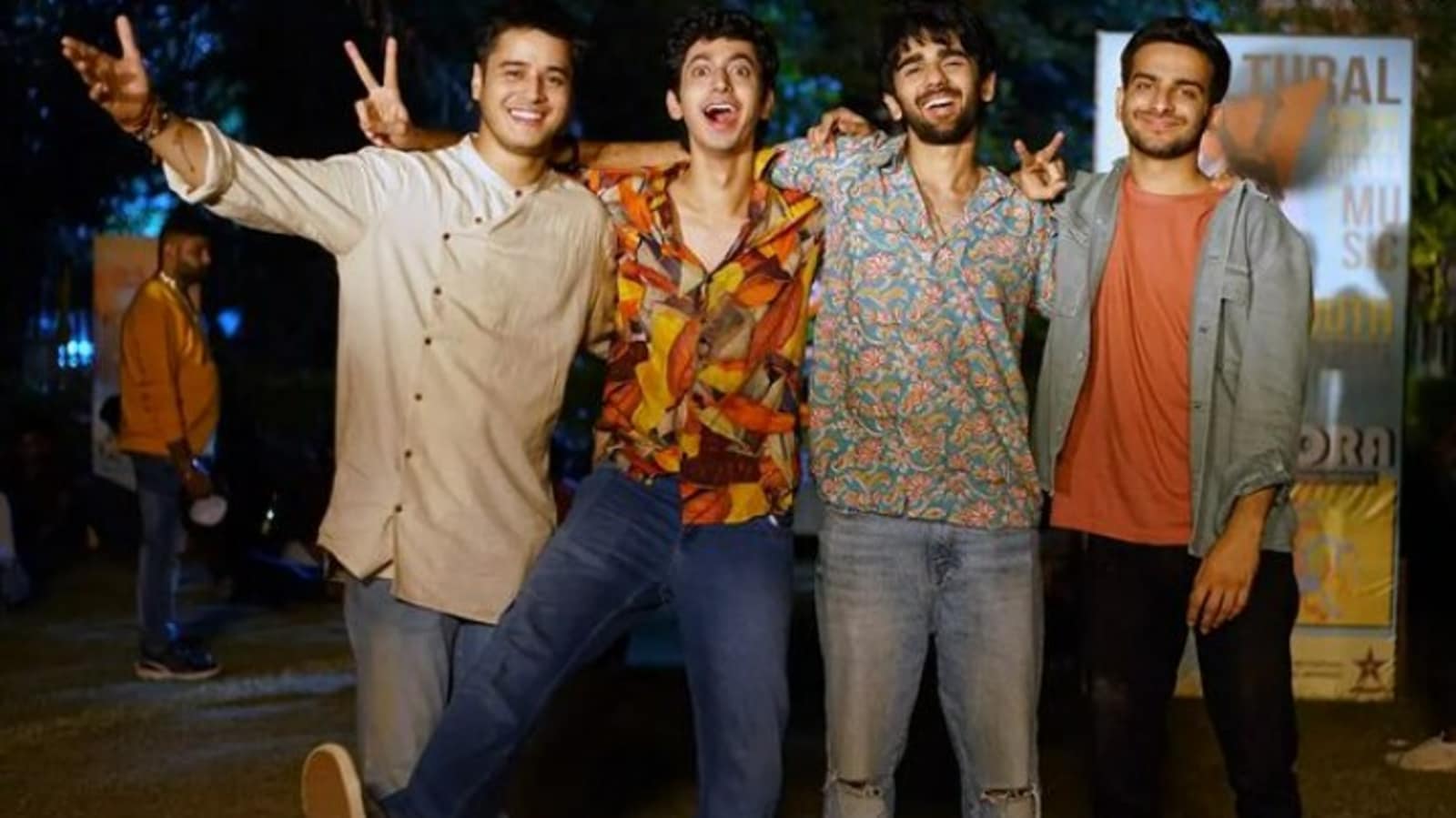 Lionsgate Play’s next original series Feels Like Home is described as a ‘bromantic hangover’ about four boys who move into their first house away from home together. Preet Kammani, Anshuman Malhotra, Vishnu Kaushal, and Mihir Ahuja are seen as Lakshay Kocchar, Sameer Ahmad, Avinash Arora, and Akhil Gandhi respectively. At first look, the web series might seem like a usual coming-of-age drama about boys enjoying their bachelor lives and partying after getting freedom in college, but the cast says it’s more about the struggles they go through in this phase of life. Also Read| Jungle Cry review: Abhay Deol’s sports drama plays it safe with tried-and-tested tropes, misses the goal by a mile

Vishnu Kaushal, who plays the average Joe–as per the synopsis of the series–tells HT about the show, “The trailer was only two and a half minutes long, but there is a lot more to the show. There are many nuances. It also tries to capture the internal struggle boys go through. It’s a very wholesome and cute show.”

Anshuman Malhotra’s Sameer Ahmad is an army brat, who is also a genius and has big ambitions for his life. Asked what’s unique about the show, Anshuman said with a laugh, ‘one– great acting, second–four beautiful boys together.’ He added, “Third–great story. A story that is coming from real incidents, our writers and makers have experienced it in real life. I also lived in Mumbai for two years with my flatmates–the story is 80-85% similar to that.”

Vishnu added, “For me, the show is about how normal experiences shape you up as a person and how you interact with the world. It has worked beautifully on that. The tagline of the show is A Bromantic Hangover. Generally, boys shows are about parties and everything, but after that, how do you manage a household with four boys, the show is about that.”

Vishnu, who is a popular content creator, is making his debut with the show. He says about the experience, “It does feel surreal. I have wanted to be part of a web show for a long time, though I never expected to play one of the leads. It has been a very good experience as the people I have got to work with are very passionate and they were working towards what I believe to be a great story and a great show. I was already friends with them (Anshuman and Preet), so there was a comfort level as well.”

Vishnu also talked about working on the show with Dolly Singh, a fellow content creator. He said, “Dolly and I, we go way back when we were working in the same company in 2019. We were already friends when we started working together. It was like a full-circle moment for me at least. Because as a creator, getting to work with another creator on a web show, and knowing that this person has seen you from the start, it’s very great.”

Preet Kammani plays a typical Delhi boy in the show, who is also ‘a party freak, a sensitive friend, and an understated feminist.’ Preet, whose last role was an extended cameo in Shahid Kapoor-starrer Jersey, told us how he learnt acting from trial and error in the auditions he gave rather than acting classes.

He said, “I started working when I was in 3rd Standard. It wasn’t like it felt like work. I enjoyed it back then and I enjoy it today also. When you start enjoying the struggle, it doesn’t feel like a struggle anymore. That’s exactly what happened. I hadn’t made any calculations, but if I do 10 auditions every week or every month on average– it also became my acting school. I learnt by giving auditions and making mistakes in them. That comes to roughly around 3000 auditions. Looking back at it, it doesn’t feel like I did a lot of hard work, and that’s how it should be.”

Meanwhile, Anshuman’s first acting role was playing the younger version of Shahid Kapoor in the 2014 drama Haider. He recalled about his performance in the critically-acclaimed film by Vishal Bhardwaj, “It was a great feeling. It was my very first project. I am grateful to be a part of it.” Asked if he always wanted to be an actor, Anshuman said, “I never wanted to be an actor earlier in my life. After 11th Standard, I got this clarity that I want to do something creative and artistic. And once I landed at Vishal Bhardwaj Sir’s set, after that I knew that this is what I want to do.”

Mihir Raj, the fourth lead in the show, plays Akhil Gandhi- an aspiring cricketer who has moved to Noida from his hometown in Ghana where he was brought up in a tight-knit community of Indians. His co-stars said the innocence factor is common in both Mihir and Akhil. Vishnu said, “He is very innocent. I think he was the youngest of all of us so our equation was like where you treat him like a younger brother. It was very cute and fun.”

Mihir, known for his roles in Super 30, Dolly Kitty Aur Who Chamakte Sitaare, and Bard of Blood among others, is currently filming for Zoya Akhtar’s Netflix film The Archies in Ooty. He will play Jughead Jones in the adaptation of Archie comics, which also marks the debut of Suhana Khan, Khushi Kapoor, and Agastya Nanda.

Feels Like Home, the third original series by Lionsgate Play, will start streaming on June 10. The series, helmed by Sahir Raza and written by Sidhanta Mathur, also stars Inayat Sood as Mahima and Himika Bose as Dhriti.