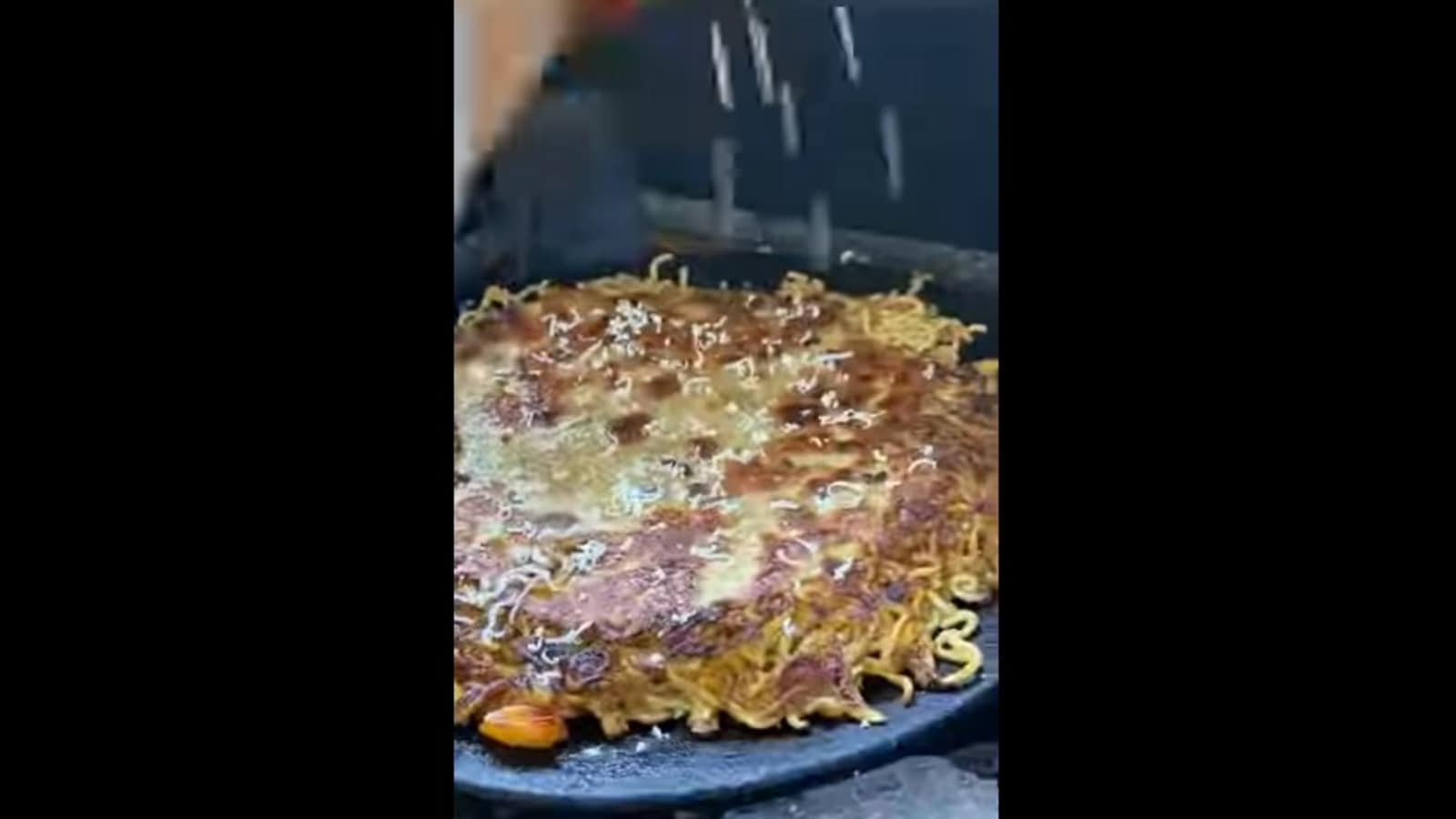 This video shared on Instagram shows how an eatery in Indore serves Maggi parathas with grated cheese on it.

Maggi noodles are an all-time favourite for kids and adults alike. But with being famous, comes the great responsibility of being a staple ingredient of many fusion foods! Recently, an eatery had made some Rooh Afza Maggi and left many people too stunned to speak. This time, an Indore eatery has taken it upon itself to make some Maggi parathas.

The video opens to show the person preparing the dish, putting a good amount of butter into a vessel and sautéing some veggies in it. In it, they add water and finally some Maggi noodles. Once the good old Maggi noodles are made in a way that people are used to seeing, comes the twist. The person preparing the dish flattens a bit of dough and places it on the noodles.

After a layer of noodles and a layer of dough heats up, this dish is flipped onto the other side and served with a generous amount of grated cheese. The plate that is served in, comes with a number of accompaniments that are supposed to go with Maggi paratha. The caption of the video details that the eatery named Paratha House is located at Meghdoot Chopati, Indore.

The video was posted on Instagram around seven days ago. Since then, it has garnered many reshares that have gone viral. The original video has received more than 250 likes. It has also received several comments where some people seem to like this combination and want to try it, while some others would best avoid it.

“I love this version,” commented an Instagram user. “Tempting,” posted another, followed by a heart emoji. “Yummy,” wrote a third. While some others disapproved of this combination and commented things like, “Pata nahi is chhoti si zindagi mein kya kya dekhna padega.” [Who knows what else I’ll have to witness in this short life.]

What are your thoughts on this fusion food? Would you like to try it?

Amazon’s mysterious AR product will be a magical, new-to-world device