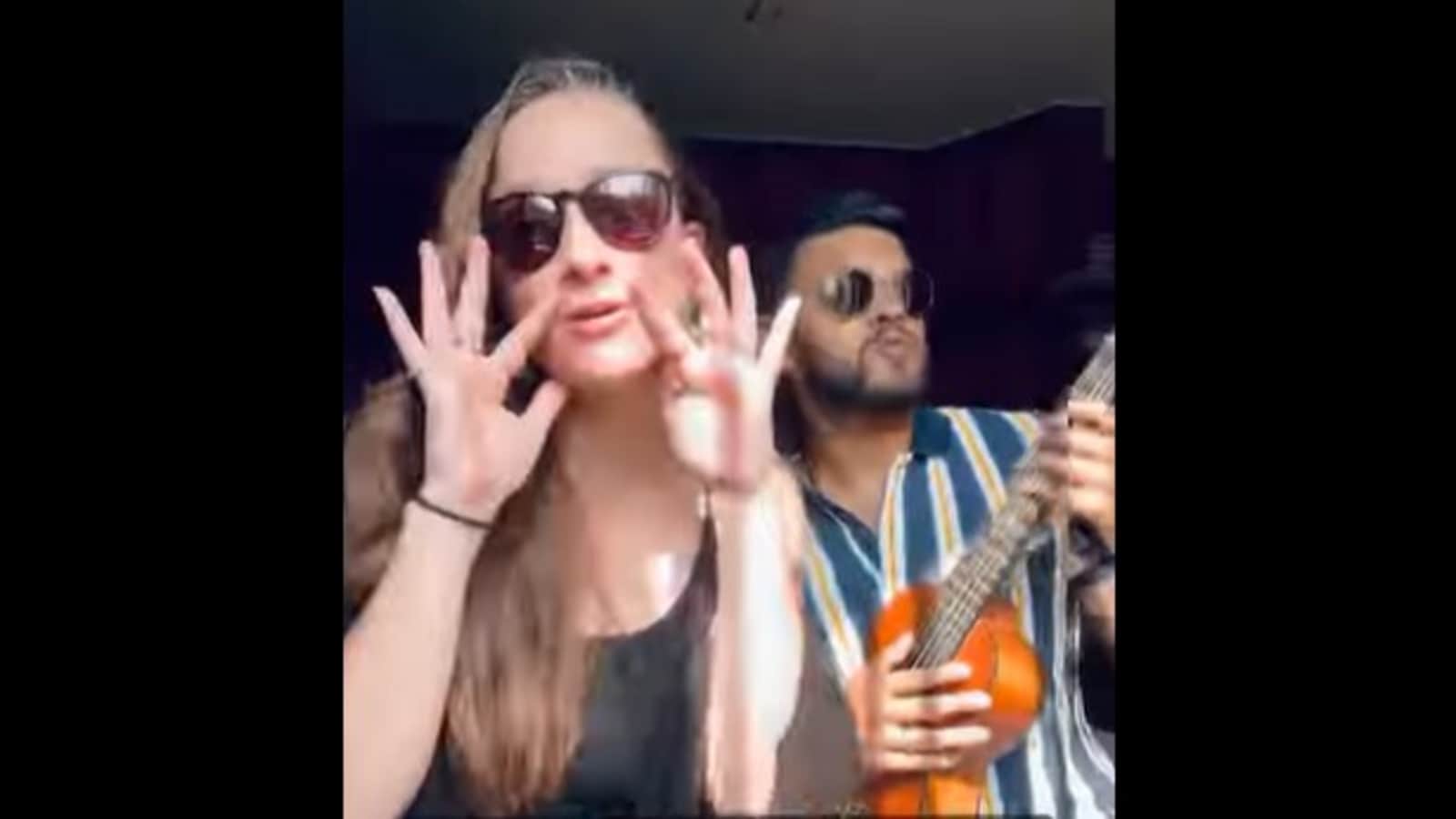 The videos of people who recreate old Bollywood songs in their own sweet way, are always a delight to both watch and listen to. This video posted on Instagram by a couple where the man is Indian and the woman is French, Is simply a treat to the ears because of the very same reason. They can be heard singing an acoustic version of Kishore Kumar’s famous song Samne Yeh Kaun Aaya.

The video opens to show the couple, Pauline and Meghdut, in an indoor setting where the man sits with a ukulele. The woman starts singing the song without any instruments to back her up. She smiles as she sings initially, as she intentionally sings it a little off-key but her pronunciations are on point. Soon, the duo fall into a melodious version of this famous retro Bollywood song.

“Don’t think we’ve ever attempted a song by Kishore Kumar before. So, chose the most fun one, obviously! If this home quarantine continues for much longer, you’ll probably see us every weekend picking up a new song to play for you guys,” reads the caption of this post.

Since being posted on Instagram on January 9, this video has already garnered more than 3,500 likes. It has also accumulated several comments from people who couldn’t stop admiring how well this little performance turned out to be.

“You guys are the cutest,” posted an Instagram user. Many others took to the comments section to flood it with heart or heart-eyed emojis. “The antics by Pauline,” pointed out an individual. “So adorable!” posted a third.