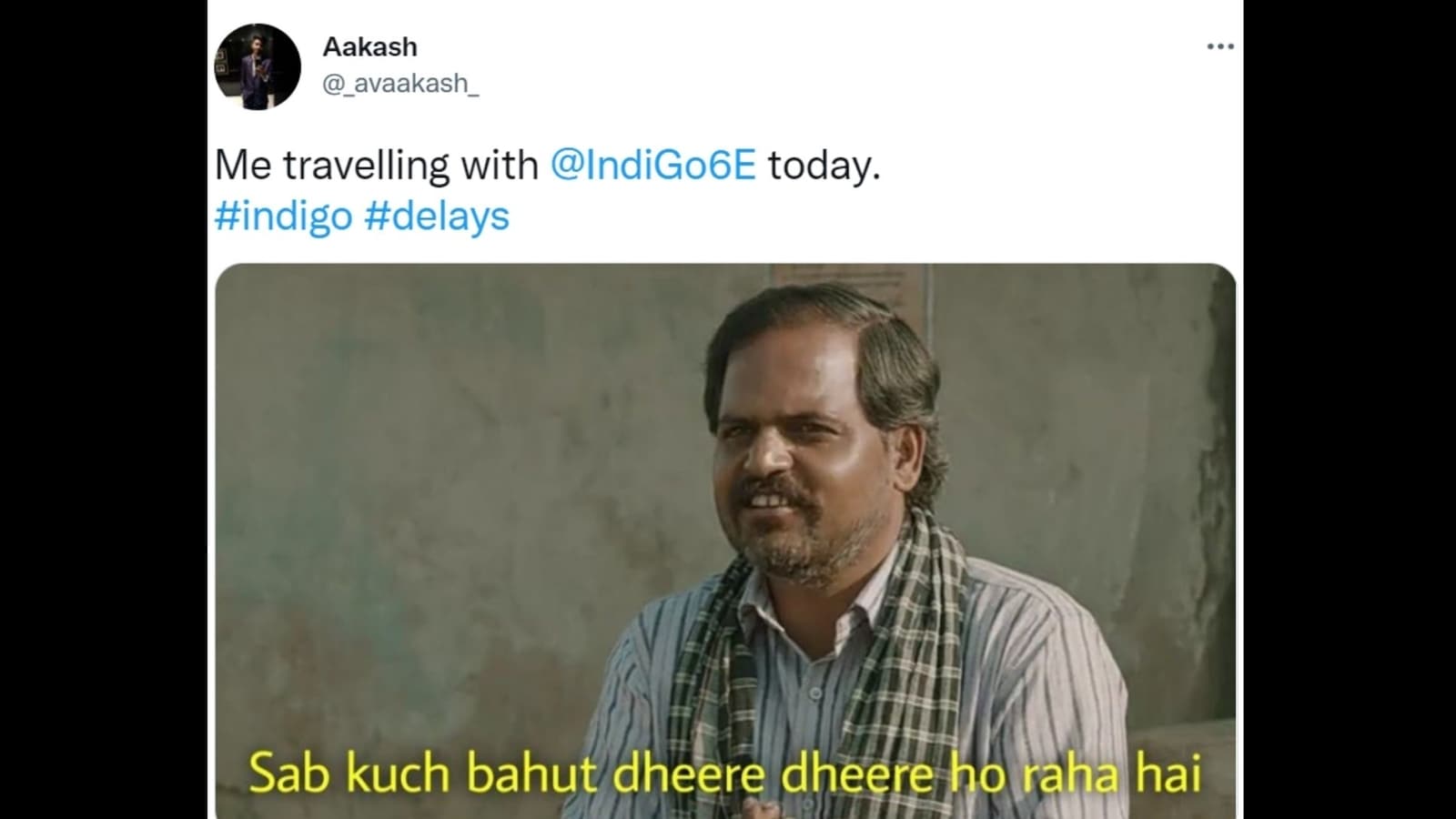 Ever since the news of IndiGo Airlines facing nationwide flight delays on Saturday, there has been a flurry of reactions on social media. IndiGo faced one of the biggest flight delays reportedly due to a shortage of crew members. Social media platforms have since been flooded with posts about the incident. Some netizens also took to Twitter to share hilarious memes related to the incident.

About 55 per cent of IndiGo’s domestic flights were behind schedule as a significant number of cabin crew members took sick leave as per a report by PTI citing aviation ministry data. The report also said that the mass leave of the crew members was likely due to an Air India recruitment drive.

IndiGo trended on Twitter as several tweeple took to the platform to share reactions and memes about the incident.

“55% of IndiGo flights were delayed on Saturday. Why? A significant number of crew members took sick leave and went for Air India’s recruitment drive. P.S. I wish everyone had an option to give remote interviews,” a Twitter user posted.

Many others shared posts and memes as well. Here are some of tweets on the incident:

On Sunday, the airline saw an improvement as 71.8% of its flight operated on time compared to 45.2% on Saturday. Aviation regulator DGCA had sought a report from IndiGo over major flight delays.

If this story doesn’t convince you to buy an Apple Watch, nothing will