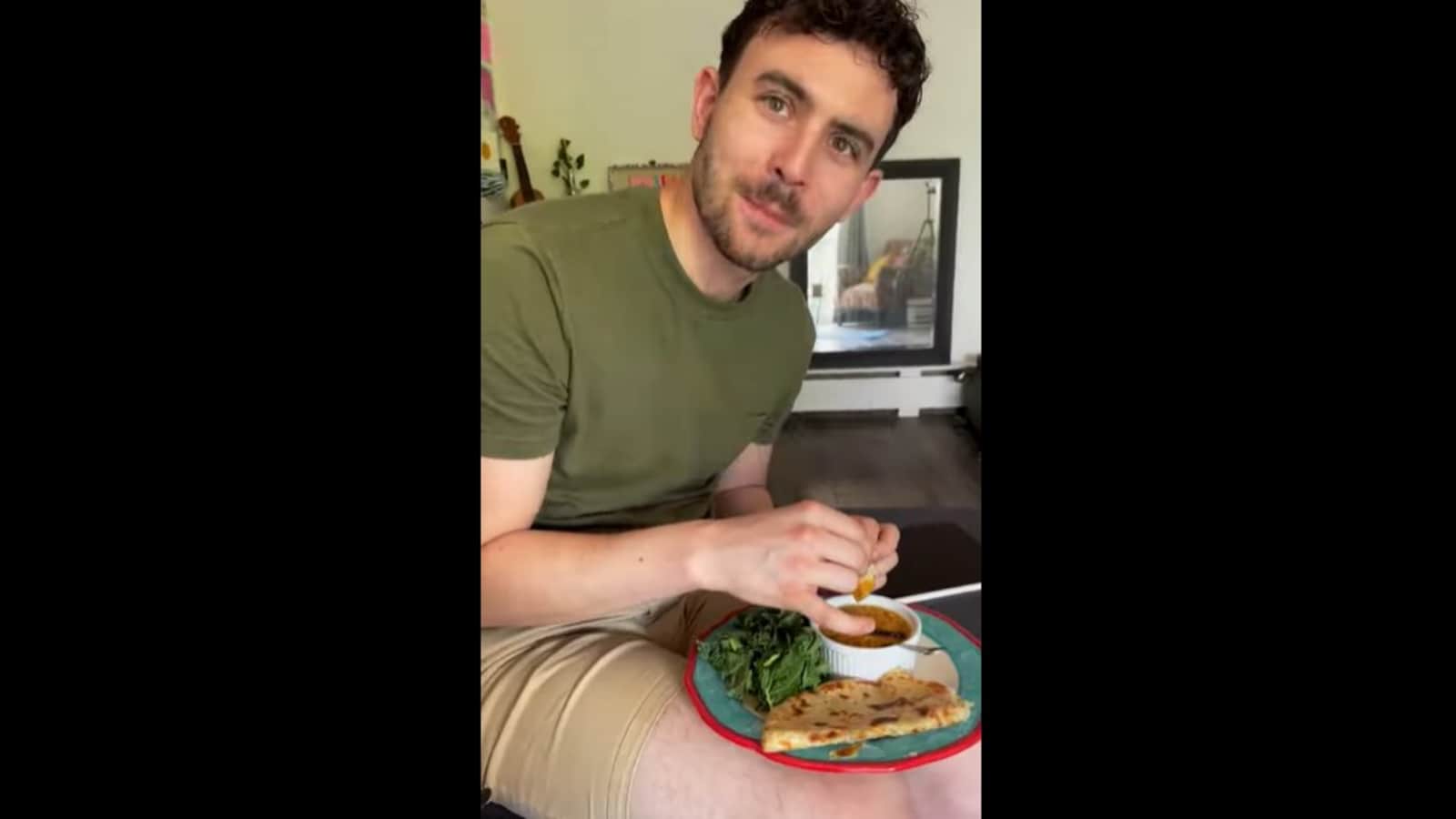 Multicultural marriages across different countries and languages are always quite delightful to observe. People embrace their differences and similarities, as well as bond with each other by sharing their own culture with their partners. And that is exactly the case between an Indian woman and her French husband. The woman, Sharu, blogs about her life on Instagram and is originally from Mumbai, India and her husband, Arnaud Ober, on the other hand, is from Mulhouse in France. They are currently based in Waterloo, Canada.

In a video posted by Sharu on her Instagram page, one can see how she records a video of her French husband. In it, he is seen eating a bowl of lentils and some paratha. He can be seen enjoying the food wholeheartedly. But his Indian wife asks him what he is eating. “Pamatha,” he calls it, after a lot of hilarious reflection.

“Petition to call it pamatha from now on,” reads the caption that has been shared along with this hilariously viral video. The caption is also complete with two hashtags – #indianfood #indian.

The video was shared on June 12 and has received over 8.39 lakh likes on it so far.

“Cute mistakes,” wrote an Instagram user, followed by the emoji of a laughing face with tears in its eyes. “From now it’s pamatha>>>> don’t worry it’s just one letter,” posted a second. “For me, it’s pamatha from now on,” commented a third.

What are your thoughts on this new way of pronouncing the word ‘paratha?’