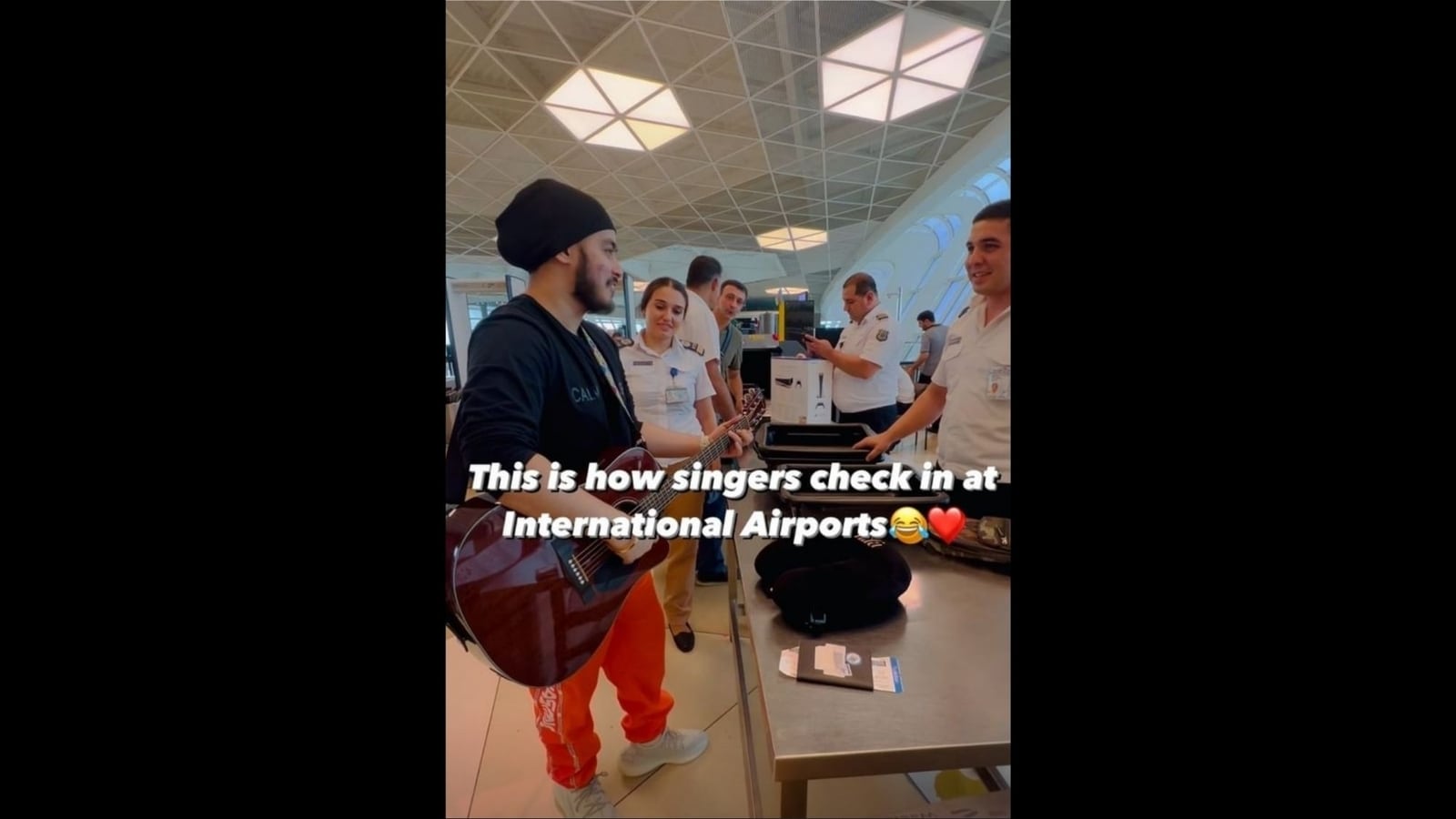 Arijit Singh’s Tum Hi Ho, starring Aditya Roy Kapur and Shraddha Kapoor, has been a fan favourite since its release. Though the song turned nine, it hasn’t lost its charm due to its melodic music and soulful lyrics. Now, a soulful version of the song by an Indian musician is going viral on social media, and it has taken netizens’ trip down memory lane.

Kabir Singh shared the video on Instagram, whose Insta bio describes him as an artist, with a caption that adds context to it. It reads, “I was coming back to India after my show in Baku, Azerbaijan and my guitar was being checked for security purposes. I was then requested to sing out of fun, but they did not see this coming for sure. Love Love the look on their faces!” The video shows Kabir Singh singing a few lines for security officials from Arijit Singh’s romantic track Tum Hi Ho from the 2013 film Aashiqui 2. The song was written and composed by Mithoon. A text insert on the video reads, “This is how singers check in at International Airports.”

Since being shared on September 10, the video has accumulated over 3.3 million views. “At this rate, they’ll tell the guy in next queue to play ps5,” commented an individual. “I am a rapper. I was made to rap at immigration counter in 2014. Lol,” shared another. “This gives so much happiness,” expressed a third.