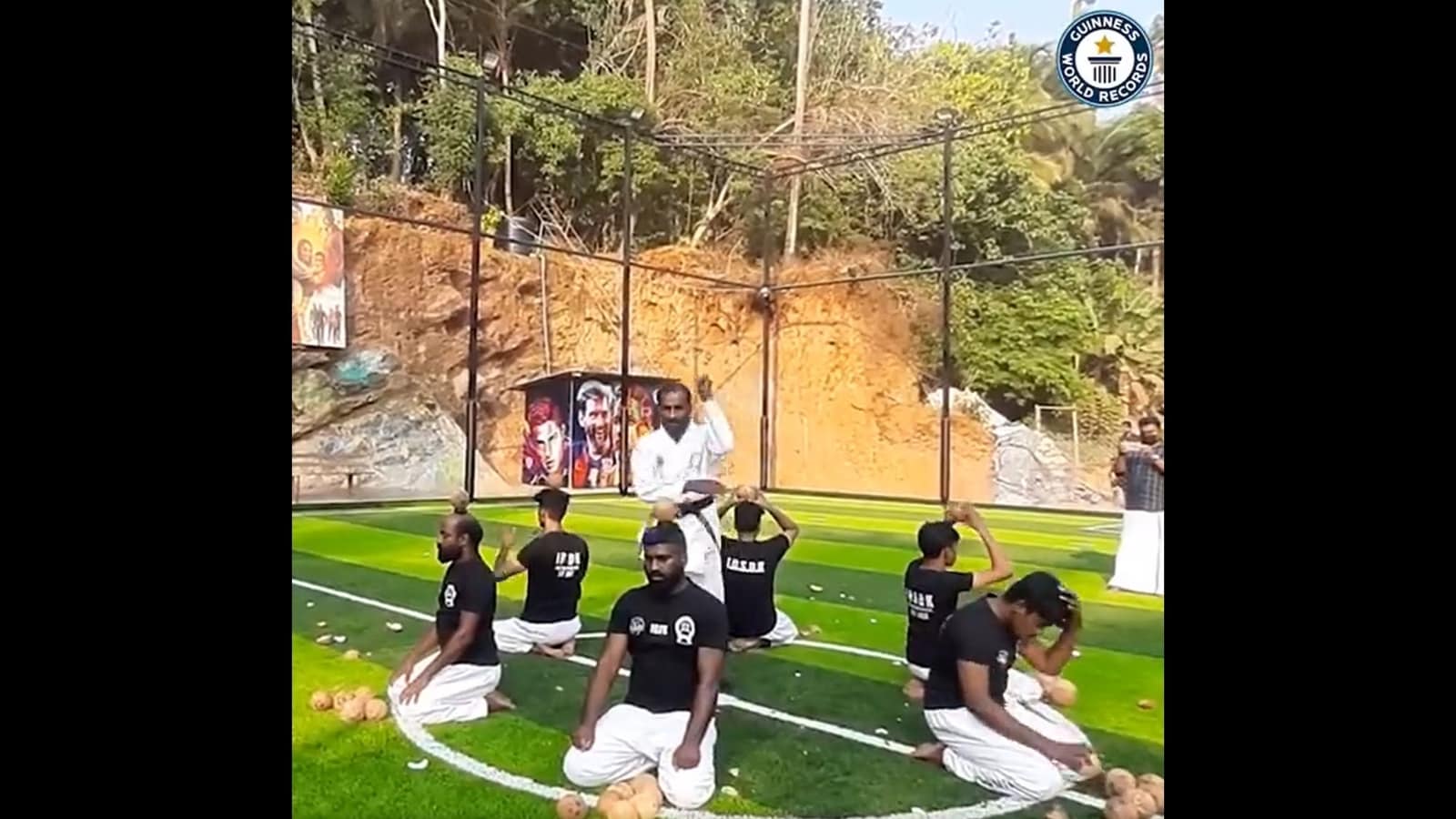 India is home to several Guinness World Records, and there is now the latest inclusion to this list. Recently, a man from Karnataka’s Mudur bagged the world record title for smashing the maximum number of coconuts on heads with a nunchaku in a minute. The bizarre world record has stunned people and may have the same effect on you.

Guinness World Records shared the video on Twitter with the caption, “New record: Most coconuts on heads smashed with a nunchaku in one minute – 42 by KV Saidalavi (India). He starts slow, but once he gets going there is no stopping.” The video shows KV Saidalavi smashing coconuts kept on the heads of several volunteers with nunchaku. The text insert on the screen reveals that the coconuts used in the world record attempt were distributed for eating, and some pieces were used to make coconut oil.

According to a blog by Guinness World Records, Saidalavi practices the Kalaripayattu martial art and trains for two hours every day.

Take a look at the tweet shared by Guinness World Records right here:

New record: Most coconuts on heads smashed with a nunchaku in one minute – 42 by KV Saidalavi (India) 🥥

He starts slow, but once he gets going there is no stopping 💪 pic.twitter.com/IRmlLtxLPl

The world record, since being shared a day ago on Twitter, has amassed more than 3,300 views and close to 100 likes. Many also shared their thoughts in the comments section.

“The unattainable amount of trust these men possess,” posted a Twitter user. “This is nuts! Coconuts! Bravo to the volunteers,” wrote another. “Whaaaat?!??? Omgawd,” posted a third with several emoticons.

Nagraj Manjule on shooting Unpaused Naya Safar segment Vaikunth: ‘It made me depressed’