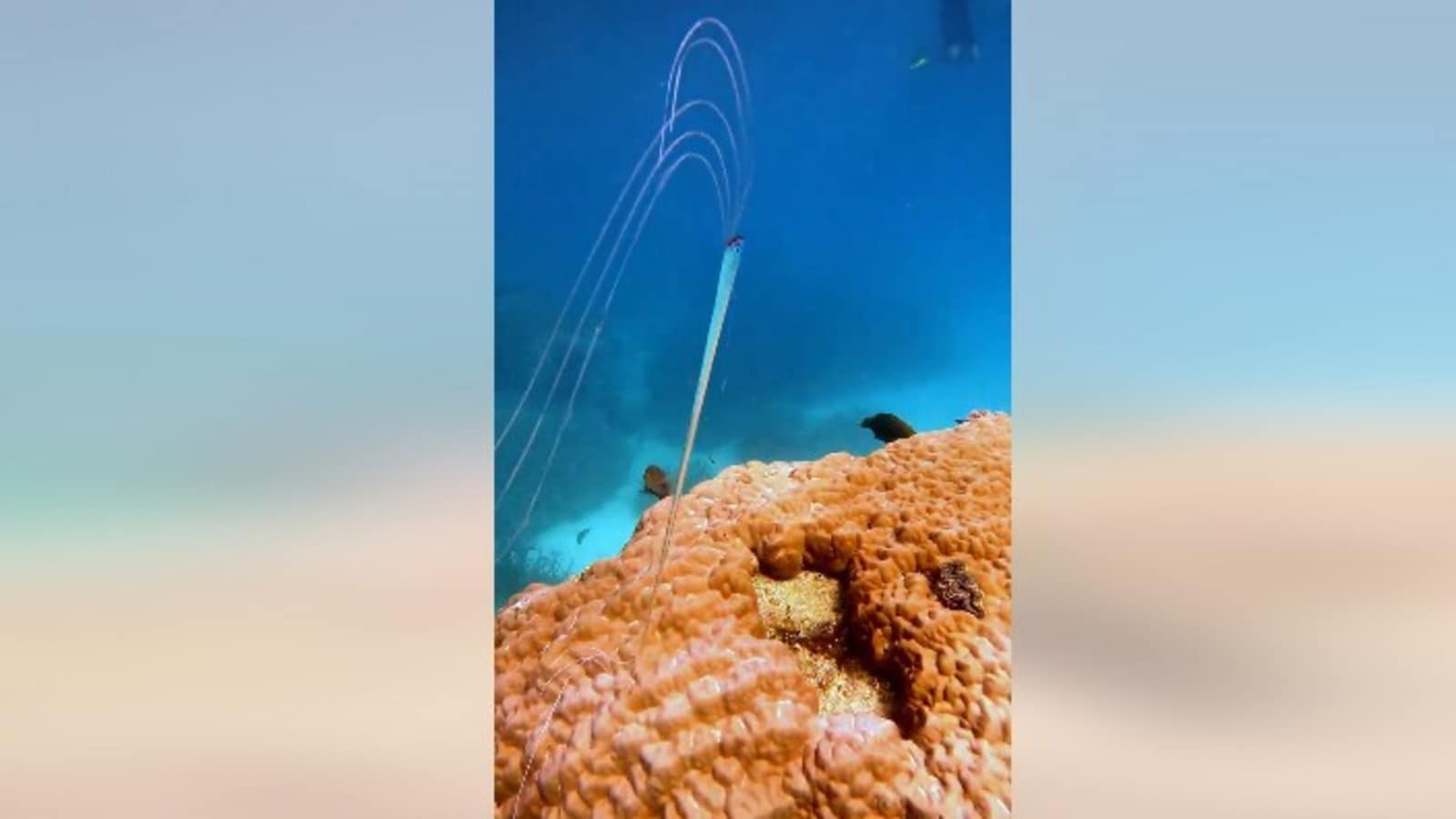 The video of the ‘incredibly rare’ Oarfish at Opal Reef was posted on Facebook.

The world that lies under water is mysterious and beautiful. Thankfully, there are videos often posted on social media platforms that give people a glimpse of the wonderful habitants of the underwater world. Just like this video posted on Facebook that shows a Oarfish swimming around. There is a possibility that the video will leave you amazed.

The video is posted on the Facebook page of Wavelength Reef Cruises, an Eco-tourism travel agency. They also shared how it is ‘incredible rare’ to spot this fish. Further, they added the name of the people who recorded the creature.

“Sightings of swimming Oarfish are incredibly rare. They live in deep open ocean between 20m and 200m so seeing one in shallow reef water is really incredible. According to the Australian Museum, although different species have been described there is now thought to be only one species. The largest specimens can reach 11m making them the longest bony fish the world. Some researchers have reported that they can give off electric shocks,” they added as a part of their caption.

Take a look at the video that shows the fish swimming around. What makes the video even more delightful to watch is the soothing background score.

The video has been posted two days ago. Since being shared, it has gathered over 800 views. It has also attracted comments from netizens.

“Wowser, that is astonishing! Great video guys…,” wrote a Facebook user. “That’s amazing, so much beauty out there, well spotted!!” posted another. “Great spotting,” expressed a third.

Ukraine-Russia Crisis: Limited Impact on Chips Yet as Future Uncertain

Man posts hack of travelling in a car with a baby. Watch to find out