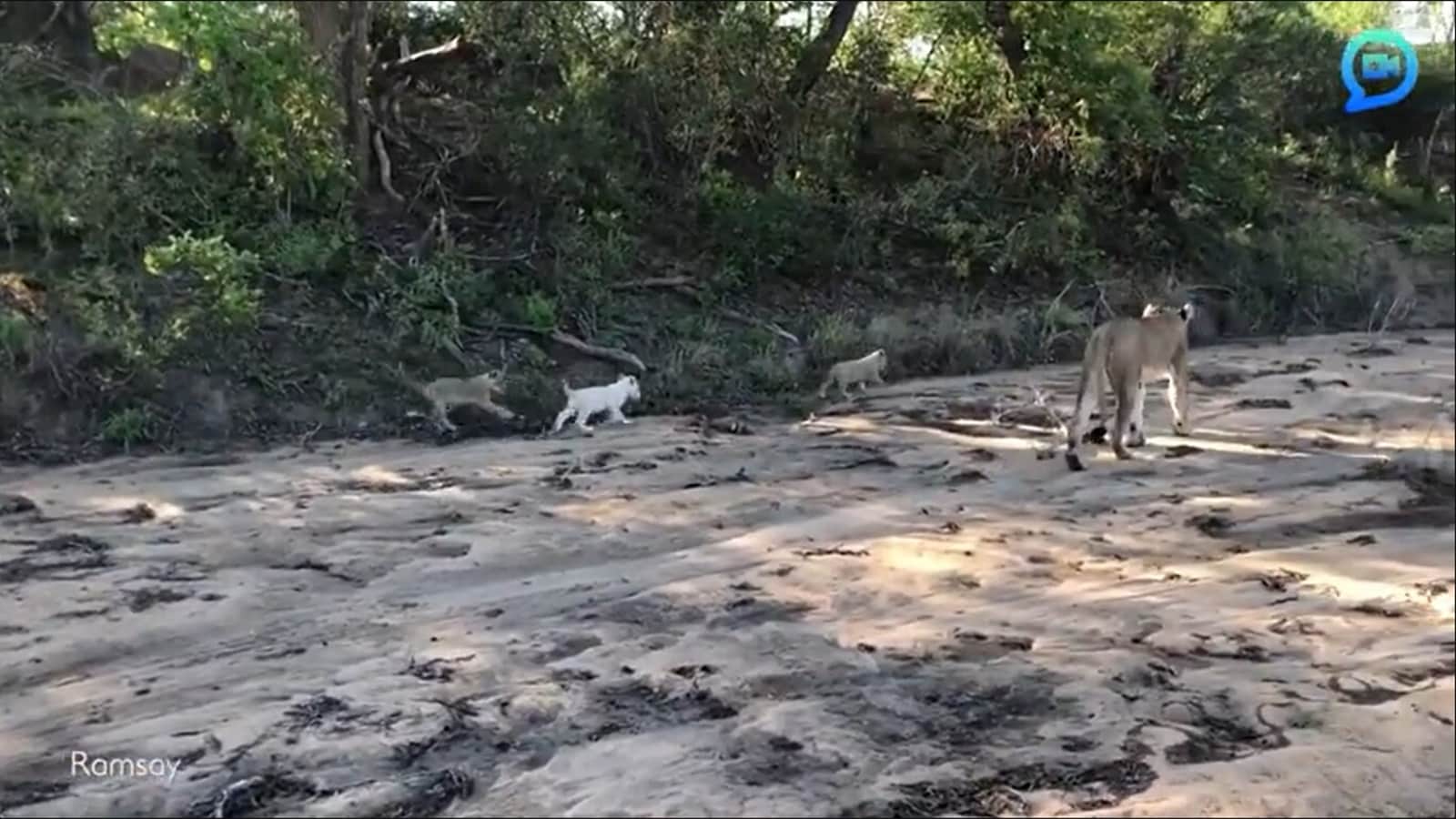 Videos of wild animals in their natural settings are always intriguing to watch. And if the video shows a rare species, it gets much more interesting. From black rhinos to red pandas, there are many rare animals that one might have only heard about. Among these animals also comes the white lion. The white lions are a genetic rarity formed by Panthera Leo, which appeared in Timbavati and Kruger regions.

Recently, Indian forest Service officer Susanta Nanda shared a clip of white lions in the forest. The brief video depicts a lioness strolling through a jungle. The white lion cub runs up to the lioness. Other lion cubs may be seen running and approaching as the lioness turns around. The lion cubs may be seen running around and getting closer to one another in amusement.

The post’s caption read, “Here is a white lion cub for you… It is believed that only three white lions in the world are living freely in the wild. VC: In the clip.”

Here is a white lion cub for you…

It is believed that only three white lions in the world are living freely in the wild.
VC: In the clip pic.twitter.com/cNtouLsjLT

This video was shared only one day back. Since being uploaded, it has been viewed 23,000 times, has 1400 likes and several comments.

(Also Read: This Indian state is planning its first lion safari (and it’s not Gujarat)

One person in the Twitter comments said, “Lovely and it’s amazing for India we are proud of officers like you in forest department thanks to you for caring these cubs.” A second person added, “Regards to you, sir. Thank you so much for sharing such a wonderful video. A lifetime view.” A third person wrote, “Great video. Little one so much resembles a dog puppy. “