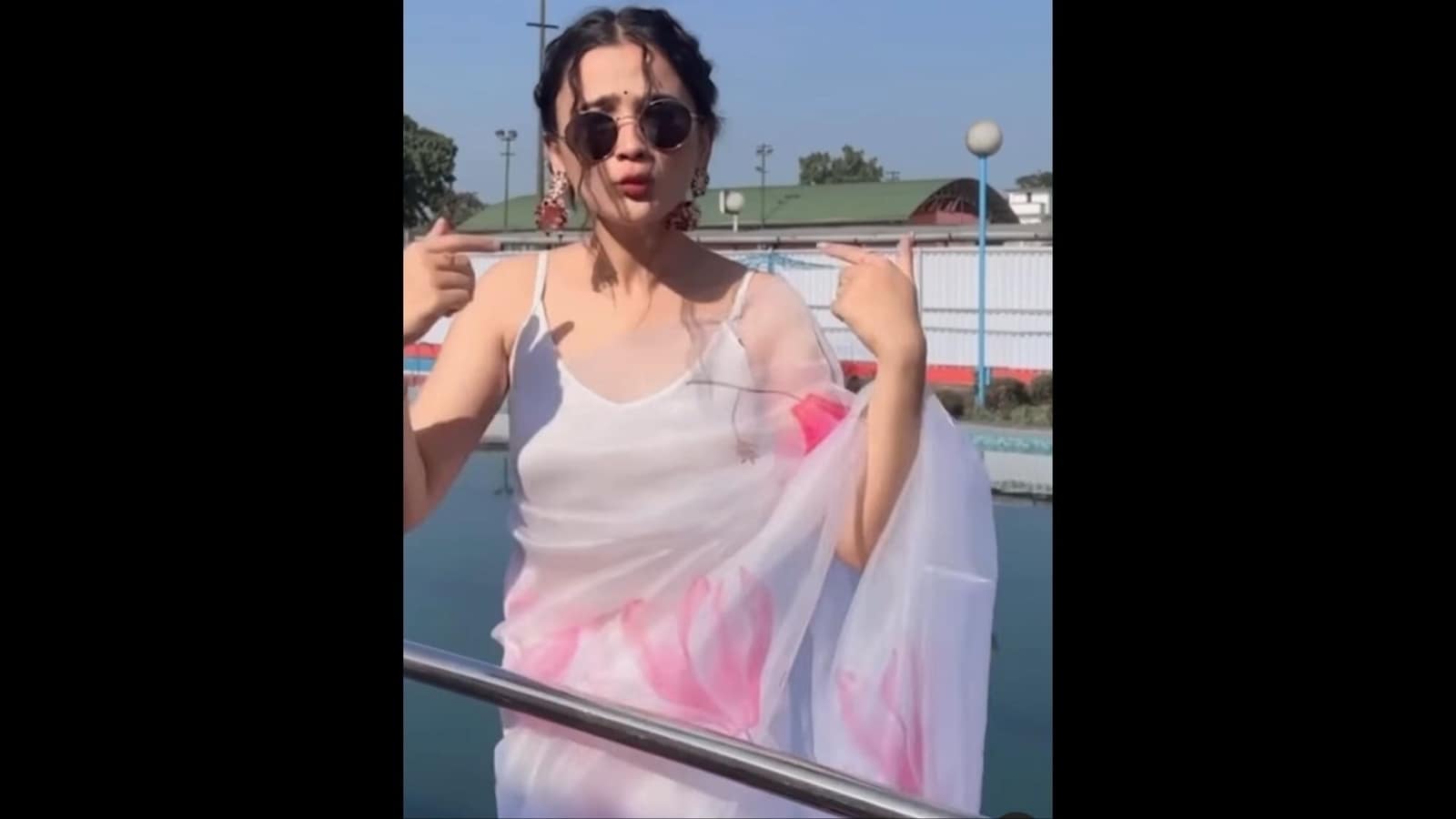 Alia Bhatt’s doppelganger Celesti Bairagey says that she wants to retain her own identity.

Celebrities worldwide have their lookalikes, and it has become a trend for their fans to find their doppelgangers through social media. A case in point is this video of Alia Bhatt’s doppelganger that recently went viral on social media. The girl who has driven netizens crazy has again captured people’s attention after Humans of Bombay shared a video featuring her on their official Instagram page. The video has quickly gone viral and may prompt you to check her smile twice.

“I’m not Alia Bhatt…,” reads the caption of the video posted on Instagram with several hashtags, including #aliabhatt, #doppelganger and #reelsinstagram. The video opens to show an Assamese girl named Celesti Bairagey sporting a saree and shades and grooving to the song Dholna sung by Udit Narayan and Lata Mangeshkar. A text insert on the video reads, “Think you are looking at actress Alia Bhatt? Look closely…”

The woman who bears an uncanny resemblance to Alia Bhatt told Humans of Bombay that she admires the actor for always smiling and being herself but wants to retain her own identity. Celesti Bairagey revealed that she is making her mark as a TV actor and wants to make her Bollywood debut with Alia Bhatt.

The video was shared a few days ago and has since racked up over 2.3 million views. People also flocked to the comments section to share their thoughts.

“Had to look at it twice to confirm that she isn’t Alia,” posted an individual. “Celesti looks more like Alia Bhatt than Alia Bhatt herself,” shared another. “Woah!” commented a third.