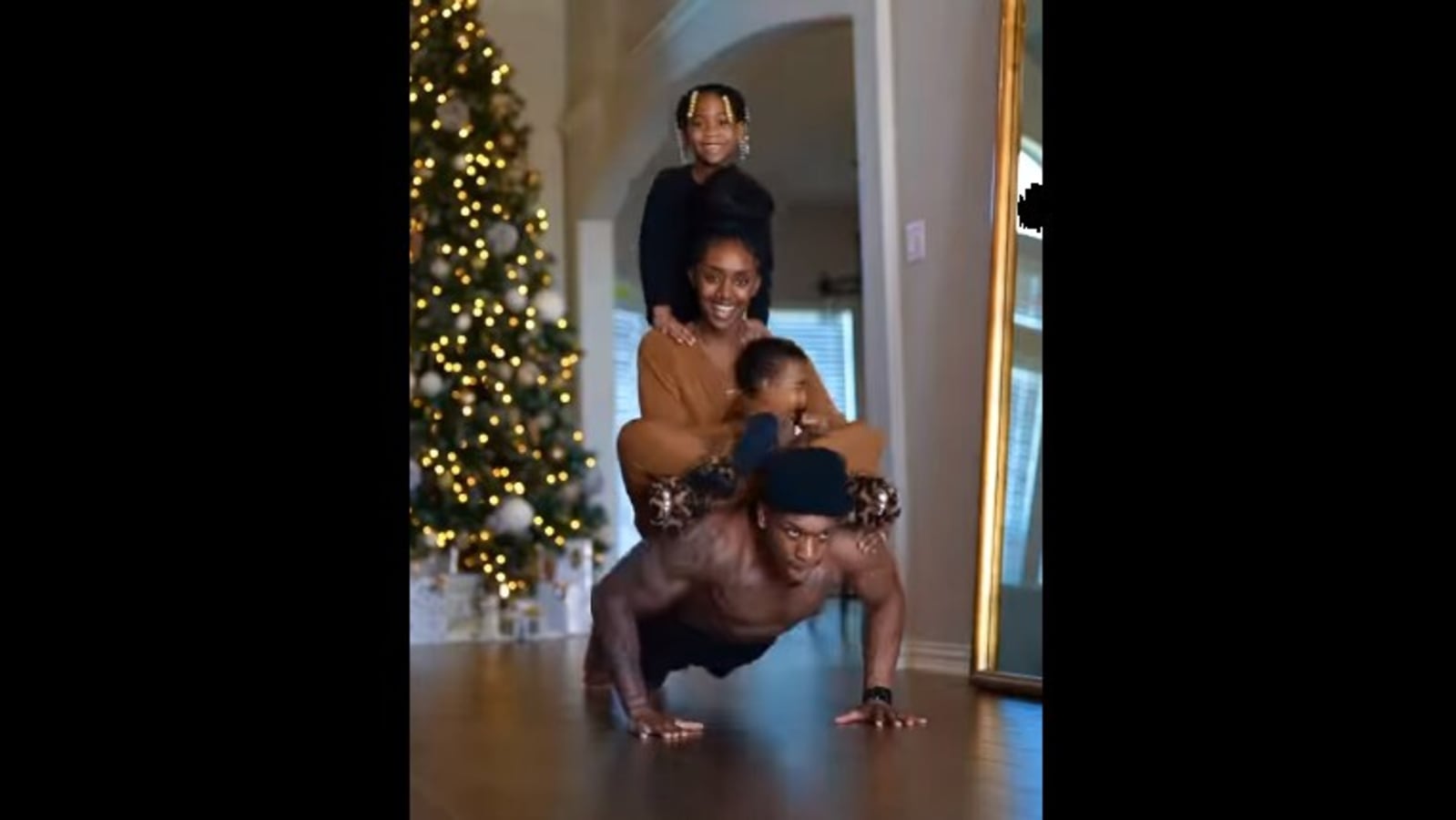 This video shared on Instagram shows how a man does some push ups with his wife and his kids on his back as part of some family bonding time.

Spending some precious family time and having the most fun while at it is something that everybody enjoys. This video posted on Instagram shows how a family spends some incredible bonding time with each other as a man does some push ups but with his whole family on his back.

The video opens to show the man on the floor in a position where he could start doing push ups. Soon enough, his wife comes into the frame and climbs on his back with her legs folded. Their two kids also join in, with the younger one sitting on the mother’s lap and the older one climbing on top of her dad’s back.

The father then continues to do some push ups as the video progresses and the whole family is seen smiling from ear to ear. This video was uploaded by the mother with the caption, “Know your position, and play it well!”

Since being posted on Instagram on December 27, this video has accumulated more than a whopping 21.6 million views. It has also garnered several heart warming comments.

“Beautiful family,” posted an Instagram user. “The baby walking and big sis with her perfect smile,” pointed out another. “Y’all should take a family photo like that,” suggested a third, followed by some heart-eyed emojis. The father who was doing the push-ups also took to the comments section to post, “When I say I got y’all, I mean it…”

What are your thoughts on this viral video?

Cat interrupts woman trying to record a video in a hilarious way. Watch