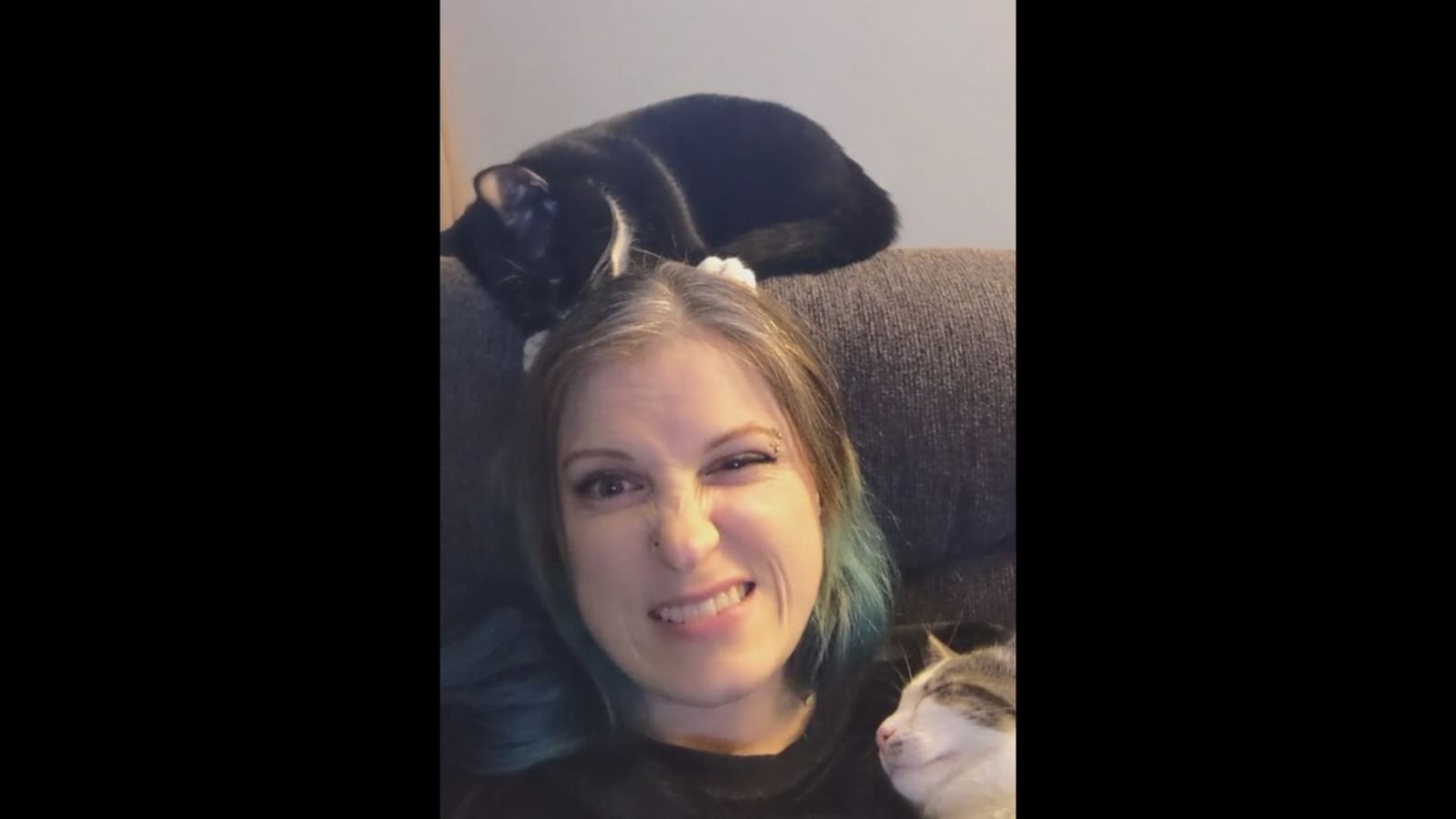 This video posted on Reddit shows how a cat keeps licking and grooming its human’s head while her reactions are quite hilarious to look at.

Cats love to take care of their young ones and sometimes they suppose that their humans are also like their kittens. In this video posted on Reddit, viewers can see that a lady is sitting on the couch with two of her cats with her. She is seen holding one of them while the other one is sitting on top of the couch and grooming her head. Grooming includes anything like licking, scratching or nibbling

As the video progresses, it is seen that the cat diligently grooms its human’s head, giving her all the love and care that it thinks that she deserves. But as fate would have it, the cat’s human isn’t a cat as much as her pet seems to think so! Yet the cat keeps grooming her while she squints her eyes and makes some faces that are quite hilarious to look at.

It was posted on the subReddit r/cats, with the caption, “She is trying to groom me but choosing my head. Cat love hurts sometimes!”

Since being posted on Reddit around six hours ago, this cat video has garnered more than 1,000 upvotes. It has also garnered several reactions from cat lovers.

“I thank your kitties, and you for the laughter,” posted a Redditor. “This is literally my two cats! One is curled up on me and the other is ripping and biting at my hair and scalp. But only after I shower. He loves my hair when it’s wet,” related another. “I love how your other cat is just chilling while this is going on,” observed a third.

iPhone SE 3 is more powerful than a Galaxy S22, and it also wins in drop tests