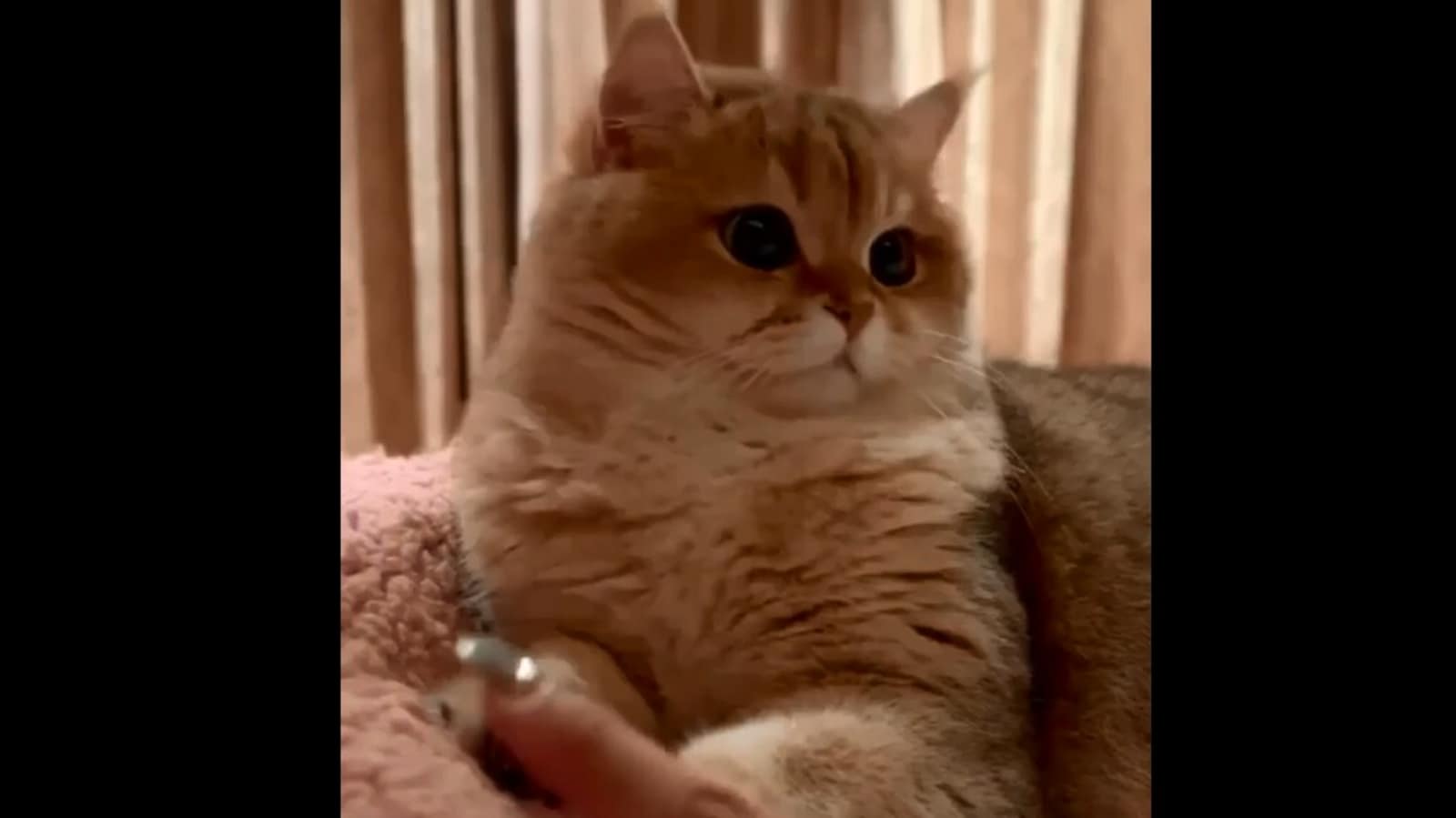 The slow motion video of the cat stopping a human from petting it was posted on Instagram.

Cats are known to be very particular about how they want to be petted and when. There are also videos on the Internet showcasing this particular behavarioul trait of the kitties. There is now a latest inclusion to that list and it shows how an adorable cat stops a human from petting it. The clip may also leave you chuckling.

The video was originally posted on the Instagram page of a golden British shorthair cat named Tootie. It, however, captured people’s attention after being re-shared on an Instagram page. “’Not today human’. The look in her eyes…she literally saying the ‘audacity’,” they wrote while posting the video.

The video is a slow motion clip that shows a cat sitting on what appears to be a bed. The video shows a person trying to touch the kitty’s paw with their finger. However, what happens next will leave you laughing out loud.

The video has been posted some 15 hours ago. Since being posted, the video has accumulated more than one lakh views and the numbers are only increasing. The share has also prompted people to post various comments.

“It says I’m in control, not you,” wrote an Instagram user imagining the cat’s thoughts. “The sass here is real,” posted another. “Power move. Lol,” expressed a third. “Such beautiful eyes,” complimented a fourth. “When someone asks you why you love cats, show him this,” joked a fifth. Many also shared heart emoticons to express their reactions.

What are your thoughts on the video of the cat?

Nia Sharma says she has ‘meltdowns’ over body issues, reveals she ‘stopped eating’ to have a flat stomach