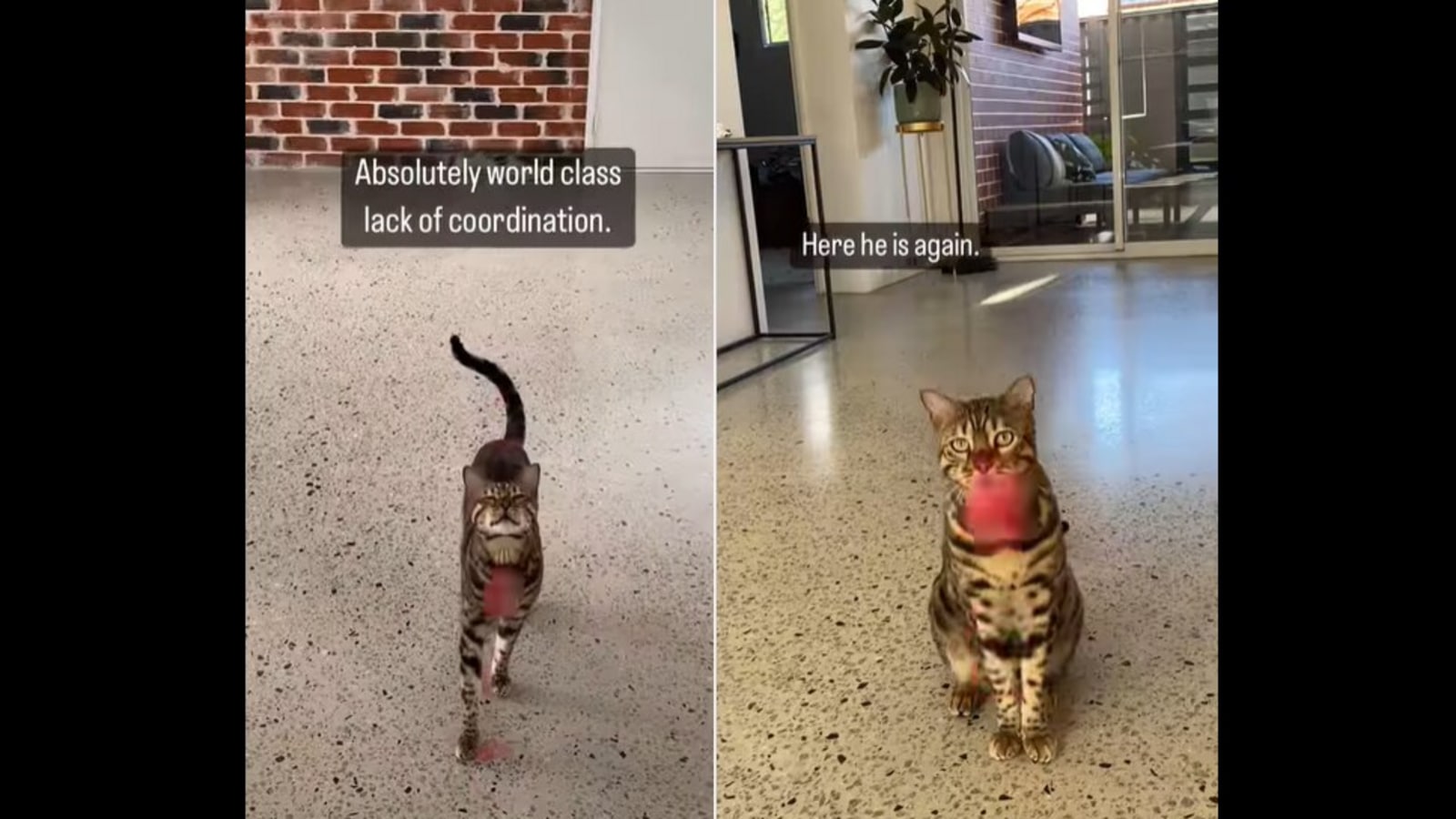 Virgil the cat just can’t seem to understand how to play the game of catch. This video highlights what happens when someone throws a ball for the cat to catch.

Videos of dogs playing catch and fetch with their humans are extremely common online. And if you’re someone who enjoys such content, chances are you’ve seen many such videos and loved them. However, what happens when someone tries to play catch with their cat? Well, here’s a hilarious video that shows what happens in the case of a cat named Virgil.

The funny video was posted on the cat’s Instagram page called ‘virgilthebengal’. This profile features the life and adventures of Virgil who lives with his human in Perth, Australia. “Little leopard. Big purrsonality,” reads the cat’s bio on the Instagram page. The clip captures what happens when Virgil’s human tries to play catch with him.

Every time the ball is thrown for the cat to catch, he misses catching it. While it seems Virgil is excellent at spotting the ball, he doesn’t make any attempt to actually catch it. The cat also shows no interest in fetching the ball and bringing it back to his human.

Watch the hilarious video below:

Posted a day ago, the video has received several comments, especially from other cat accounts on Instagram.

“I’m too royal to play fetch hooman!” reads a comment on the post. “Lol, that takes talent to continually get hit right in the face,” says another.

Encouraging the kitty and its attempt, a comment from another cat account says, “This is a gold star purrformance fur sure!”

“Hilarious! Got the eye coordination but not the paw,” reacts an Instagram user.

What do you think about this cat and him playing catch with his human?

Mom asks kid to hold her, girl’s answer will leave you in splits. Watch