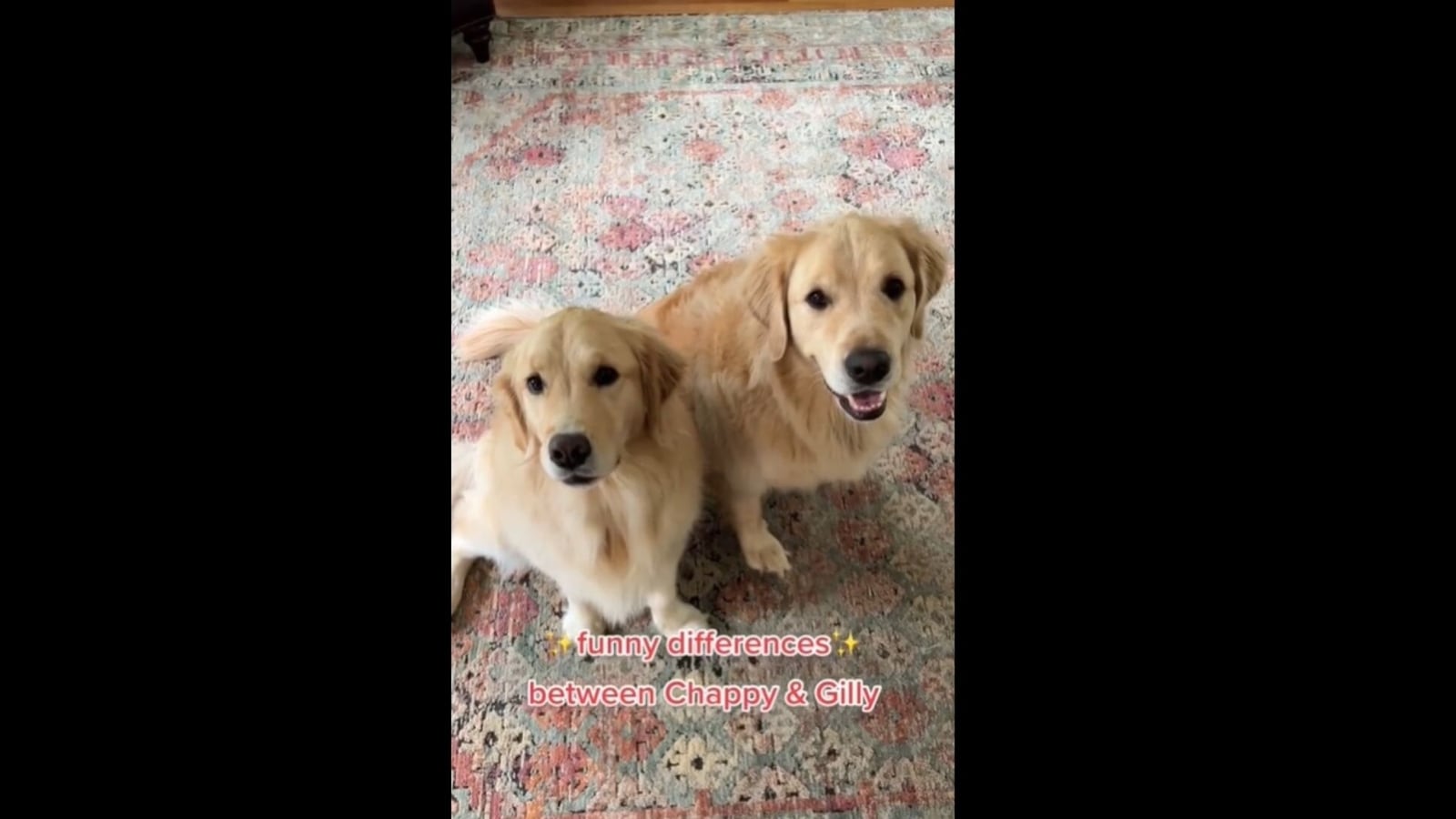 People who have two dogs are often asked the difference between the two. Even if the dogs are of the same breed, they usually show a lot of difference in their behaviour as one may be fond of something while the other not so much. A video posted on Instagram shows the funny differences between two golden retriever dogs and it’s adorable yet hilarious to watch.

The video was posted on the Instagram page golden_chappy, which belongs to two golden retriever dogs named Chappy and Gilly. “Funny differences between Chappy and Gilly,” says a text insert on the video. The video begins with the human playing catch with the doggos. While one dog loves to play catch, the other isn’t too keen about it and lets the ball hit its head. Then it shows one dog that loves munching grass whereas the other just cares about the ball. At the end it shows one dog that welcomes all with tail wags and kisses. However, the other isn’t as welcoming and is seen barking. “So many more differences!” says the caption of the video.

The video was posted four days ago and it has accumulated more than 38,000 views so far. It has also prompted netizens to post various comments.

“The ball on the head,” commented an Instagram user along with laughing emojis. “None of us like to play catch! We are senior pups so we sleep a lot!” posted a dog account named daynasdolcepack. “It’s so interesting how they’re each so different,” wrote a third. “Love their differences!!!” reads another comment.

Nothing Phone (1) Launch: Where to watch the launch event, expected price and specifications- Technology News, Firstpost