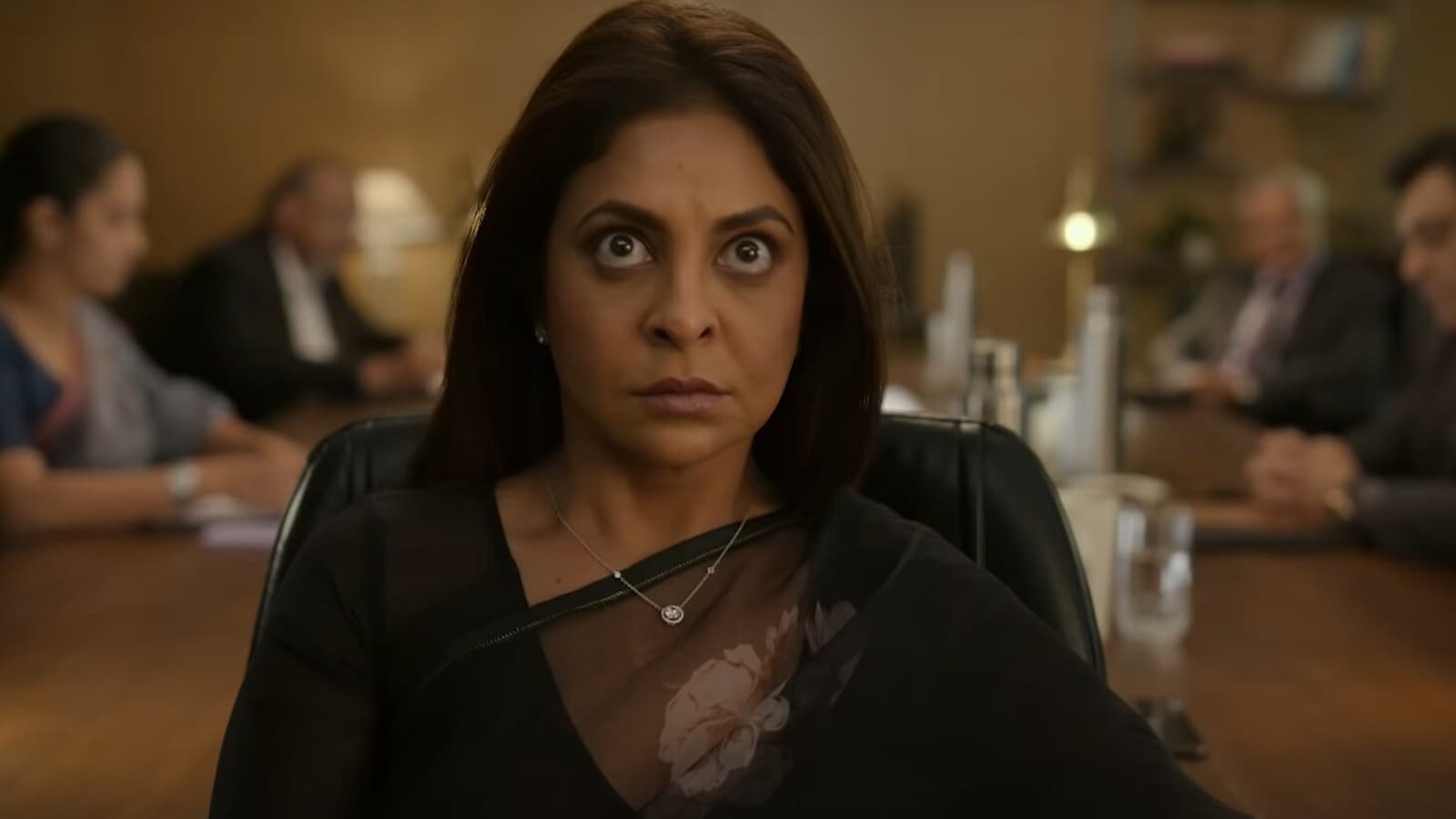 The Disney+ Hotstar series Human is a bombastic indictment of the pharmaceutical industry and private healthcare’s ravenous appetite for profit at the cost of human lives. A pharma giant and an elite private hospital collude to fast track the development of a drug, despite knowing its fatal side effects. The poor become sacrificial lambs at the secret clinical trials. Created and directed by Vipul Amrutlal Shah and Mozez Singh, Human is aided by superlative performances, an engaging screenplay, and frequent excursions into horror, which aptly communicate the evils of unbridled capitalism.

The culprits are Vayu Pharmaceuticals, run by Mohan Vaidya (Mohan Agashe) and his son Ashok Vaidya (Aditya Srivastava), and the premiere multispecialty hospital Manthan, owned by neurosurgeon Gauri Nath (Shefali Shah). The Vaidyas know that the drug S93R is banned in the West, but they nonetheless want to repackage it as a supermedicine, after facing losses trying to develop a Covid-19 vaccine. (The world has survived the pandemic in the series; Shah and Singh have been quite optimistic).

They have set up a system to con poor patients into participating in the clinical trials. The side-effects are quite grotesque and scary. Many are dying, but their deaths cannot be connected to the faulty drug. The setting is Bhopal, ground zero of the real-life Vyapam scam, which had undeserving candidates buying seats in medical colleges en masse. The scam was fictionalised in the overlooked 2020 thriller Halahal and the SonyLiv series The Whistleblower. Ministers and bureaucrats were found to be involved. Serves the state right, I suppose, if all our medical thrillers are now going to be set in Bhopal.

The protagonists who break the cycle of evil are Dr Saira Sabharwal (Kirti Kulhari) and Mangu (Vishal Jethwa). Saira is a bright cardiac surgeon that Gauri has handpicked to be part of Manthan. Mangu is a young man hoping to escape the slums, always looking to make a quick buck. Also on the side of the good guys is activist OP (Aasif Khan).

The gallery of rogues is stacked. There’s Gauri’s husband Pratap (Ram Kapoor). and they share a relationship like the Underwoods’ from House of Cards: co-conspirators forever. Gauri’s dream project is to build Elisir, a neurosciences institute, for which she needs the Vaidyas’ money. The politicians (Abhijit Lahiri, Sanjeeva Vats) want a piece of the cake. There’s the cult leader-like Romi ma (Seema Biswas), with whom Gauri shares a special relationship. Trapped in the middle are reluctant villains: Manthan’s Dr Vivek Shekhawat (Gaurav Dwivedi) and his father-in-law Pramod Ahuja (Saandip Kulkarni), also a Manthan employee.

The plot gets moving once Manju is drawn into the vicious world of Gauri and the Vaidyas. Middleman Bablu (Shiv Kanungo) convinces Manju to bring candidates for the S93R trials, which includes his parents. Of course, things go wrong. Meanwhile, Saira slowly uncovers the rottenness inside Manthan. Rudraneil Sengupta plays Saira’s photojournalist husband, who gets mixed up in Manju and co.’s crusade against Big Pharma.

There is much to like and appreciate in Human: its themes, the potboiler screenplay, the tight filmmaking at work. But it is Shefali Shah’s menacing Gauri that is not just one of her best roles ever, but also one of the best characters in an Indian web series till date.

Gauri is an incredibly disturbed sociopath. A victim of a traumatic childhood, she grows up to be a vicious snake singularly committed to building her business. While she is secretly an embodiment of all the horrifying excesses of capitalism, Bhopal sees her as a saint. When she speaks, her voice is creepily mellow, almost as if will she will lull you to sleep and then slit your throat. Her dream project Elisir, which is in charge of Romi ma, is meant to unleash an MK-Ultra-like project on the poor and vulnerable. It has turned its test subjects, a group of young women, into the Stepford wives.

The villainy in the series is absolutely unthinkable. So, it’s quite a let-down when the problems are solved quickly by a series of contrivances.

Saira is an uninspiring protagonist, but I suppose that was the intention. For a majority of the series, she follows Gauri like a puppy, eager to impress her. Her sudden impulses to do the right thing come from a sense of repressed guilt, which Gauri correctly points out in an episode. A subplot regarding her sexuality is interesting, but I don’t see its purpose in the show except for offering Shah some more meat to chew on.

In contrast, Manju is the better character, as he grows from being a naive roughneck to a vengeful class warrior. Jethwa, earlier seen as the villain in Mardaani 2, is simply brilliant here. His Manju is the moral centre in a consistently hopeless series. At the end of 400-plus minutes, despite some of its sensationalist bits, Human’s themes do land well.

Man with down syndrome gets to fulfill his wish, internet all hearts for him