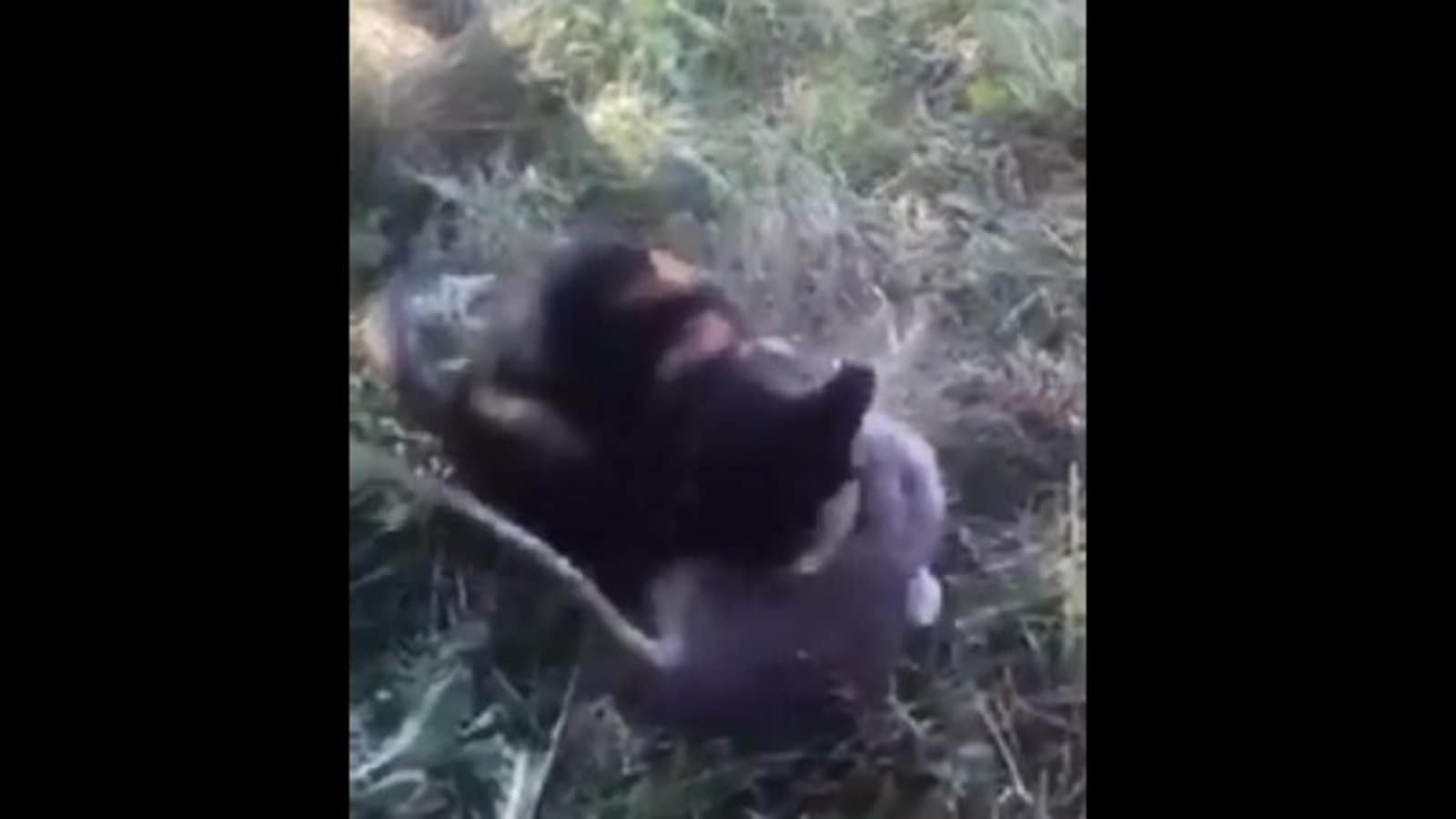 The video of the of the cat and rat friends playing together was posted on Reddit.

Cats and rats are two animals that are not always in friendly terms. There is even a cartoon Tom and Jerry that is based on this rivalry between the creatures. Thinking that a cat can help, this human got a kitty to take care of a big rat problem in their yard. However, what happened next is not just funny but adorable too. In a turn of events, the creatures ended up becoming friends. And now, a video of their friendship has created a buzz online.

“When you get a cat hoping it will help you get rid of the big rat in your yard,” reads the caption posted along with the video on Reddit. The video opens to show the cat and the rat playing with each other. There is a chance that the clip will leave you with a warm heart and also make you chuckle.

Take a look at the clip:

The video has been posted three days ago. Since being shared, the clip has accumulated more than 86,000 upvotes and the numbers are only increasing. The share has also prompted people to post various comments.

“Good news is you don’t have to worry anymore, they got an apartment together,” joked a Reddit user. “Congratulations on your new pet,” shared another. “Classic enemy to lovers,” posted a third.

“Similar story: Shortly after my wife and I moved into our new house, we got a Chihuahua. Soon after, we realized we had a mouse friend living with us. For days the Chihuahua seemed to be stalking the mouse (great! They were partially bred to do so). She would chase and bark at it – we were sure she was hunting it. One day she caught up to the mouse. The mouse stopped. She stopped. They sniffed each other. They both went on their way. They became friends. Adorable, but not the outcome we expected,” shared a pet parent.

Mumbai Police posts about ‘only things that make sense these days’