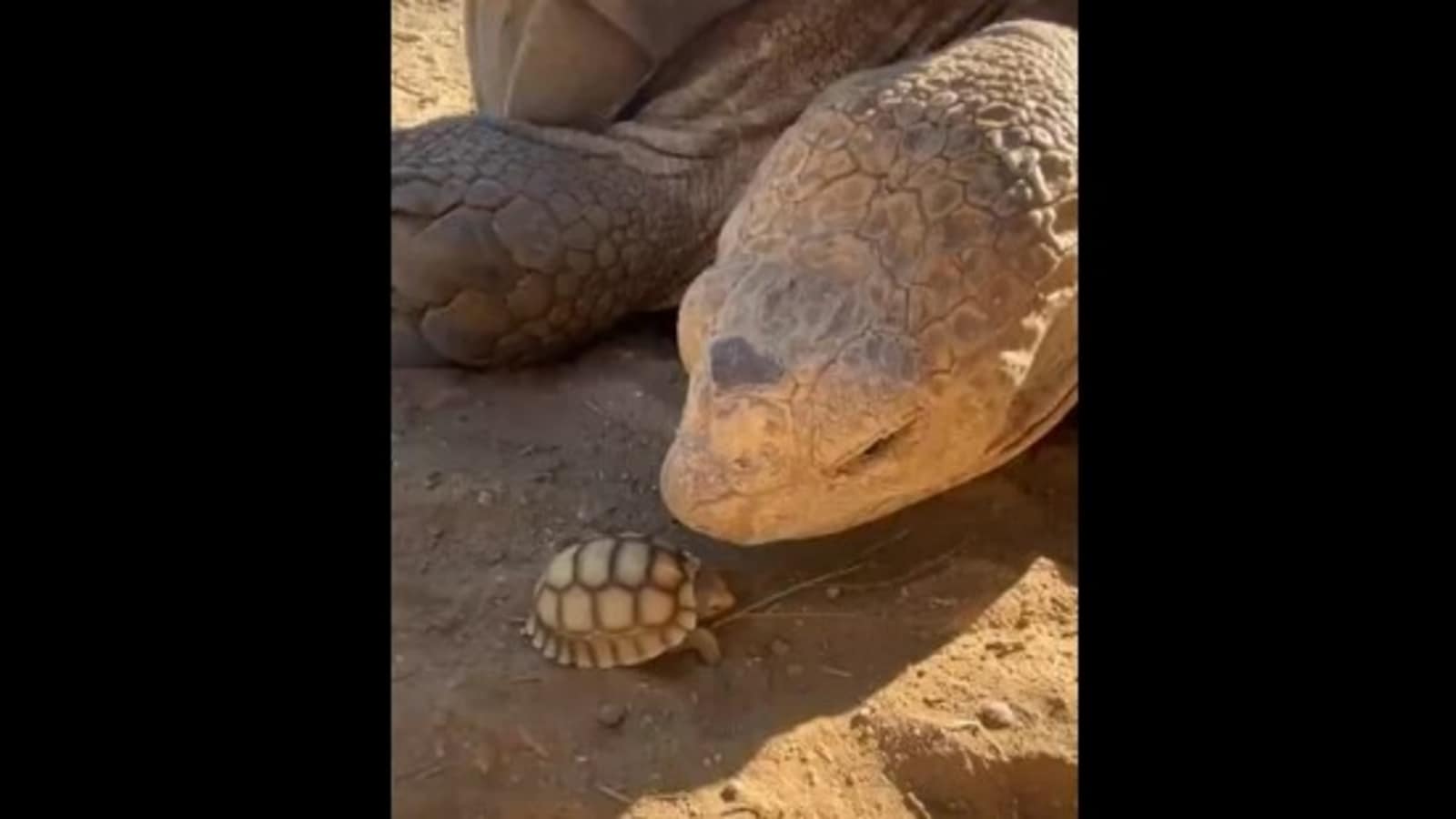 In today’s edition of interesting videos that may also amaze you, here is a clip involving two tortoises. There is also a chance that you will end up watching the amusing video more than once.

The video was originally posted on YouTube, a few months ago. The caption shared along with the clip explains that the video shows a 45-year-old tortoise named Ike meeting one of his babies. The video created a buzz after it was recently posted on Reddit with the caption, “Big Ike meets Baby Ike. Was terrified he would go ‘nom’.

The video opens to show a person putting the tiny tortoise in front of the big one. This goes on for some time and towards the end of the video, they put the tiny creature on top of the big tortoise’s head. The video ends with Ike getting some pets from a human.

Take a look at the video showing the huge tortoise meeting its tiny baby:

The video has been shared two days ago. Since being posted, the clip has accumulated more than 60,000 upvotes and the numbers are quickly increasing. The share has also prompted people to post various comments.

“Omg the rage in his tiny face. ‘The audacity!’,” joked a Reddit user. “I love this! I’ve had my tortoise for about 30 years now, and he looks like a dinner plate-sized version of these two. They’re awesome pets, especially since they just chill in their burrows 3-4 months out of the year,” posted another. “Big Ike was once a baby Ike too,” commented a third.

Rakhi Sawant says her FIR is not against Adil Khan, calls themselves ‘hanso ka joda’