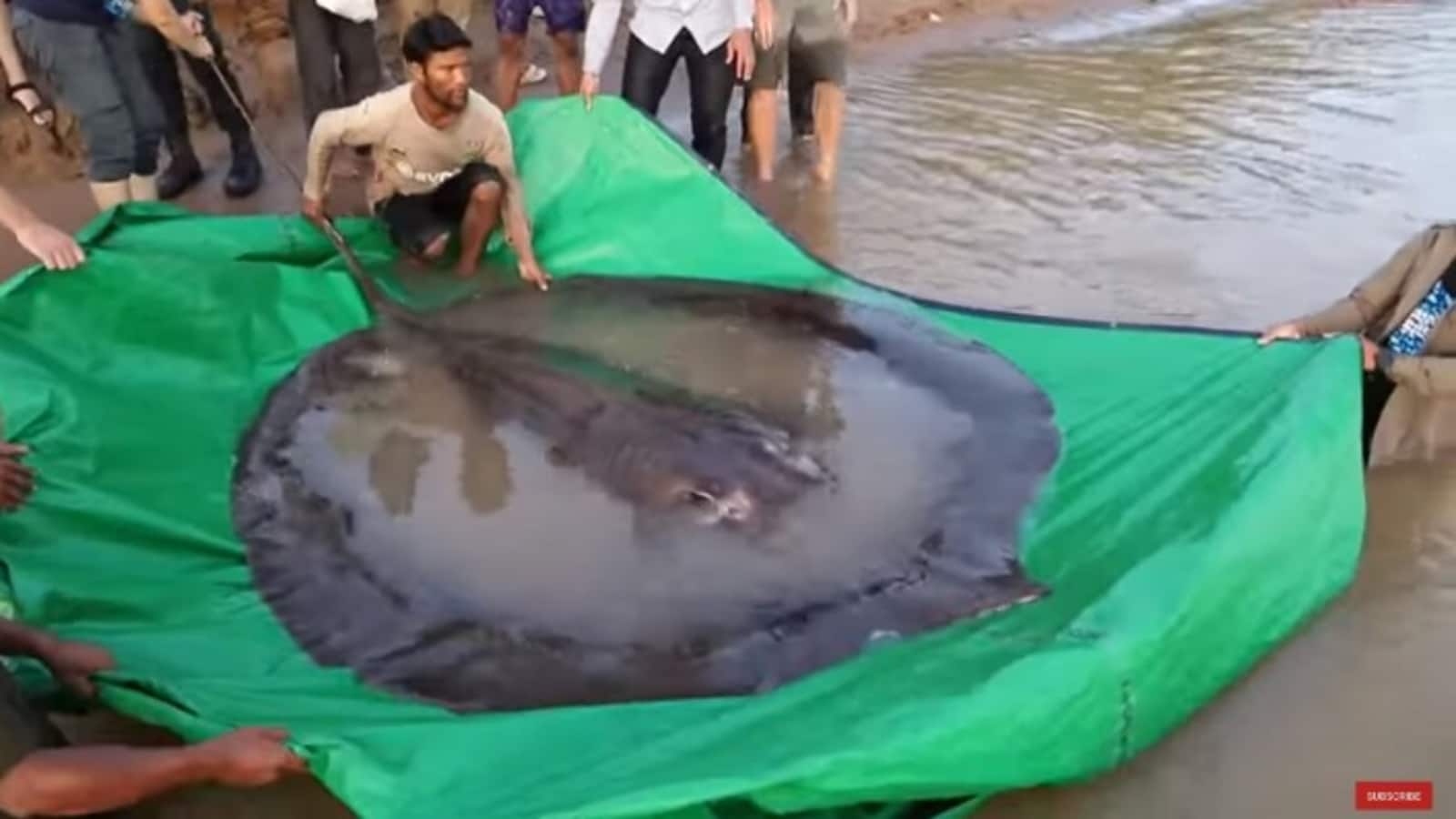 A post about a huge freshwater stingray weighing nearly 300 kgs has created a buzz online. Shared on YouTube, a video also shows a group of volunteers releasing the fish in water. The share also documents how it could be the world’s largest freshwater fish.

The video is posted on the YouTube channel Wonders of the Mekong. The bio explains that the channel is dedicated to “improve understanding, appreciation, and capacity to manage a healthy Mekong River for fish, wildlife, and people. ” It further says, “The project also seeks to highlight the conservation value of the Mekong River’s ecosystem services, habitats, cultural heritage, and biodiversity. These goals will be accomplished through research, capacity building, and communication. ” One of the world’s great rivers, Mekong flows through six Asian countries, including Cambodia where the fish was spotted.

Along with the clip a detailed caption is also posted that explains more about the fish and what its discovery means. “The 661-pound endangered giant freshwater stingray surpasses the current record holder, a 646-pound Mekong giant catfish that was caught in Thailand in 2005. This is an astonishing, globally significant event and one that also holds deeper meaning because many species of giant freshwater fish face extinction. Indeed, another contender for largest fish, the Chinese paddlefish, was officially declared extinct in 2020. Finding and documenting this fish is remarkable, and a rare positive sign of hope, even more so because it occurred in the Mekong, a river that’s currently facing many challenges,” the post reads.

“The stingray was fitted with an acoustic tag which will allow the team to track its movements for the next year. The technology, which includes an array of 36 listening devices deployed along the Mekong and 3S Rivers, will enable biologists to learn more about the secretive creature’s elusive behaviour,” it further explains.

Since being shared, the post has accumulated various comments. “Wow! That’s a HUGE fish. I’m sooooo happy that it was released back into the river!” wrote a YouTube user. “Magnificent creature. Glad they released it. I wonder how old it was?” expressed another.

Amazon Workers Sustained Half of US Warehouse Injuries in 2021