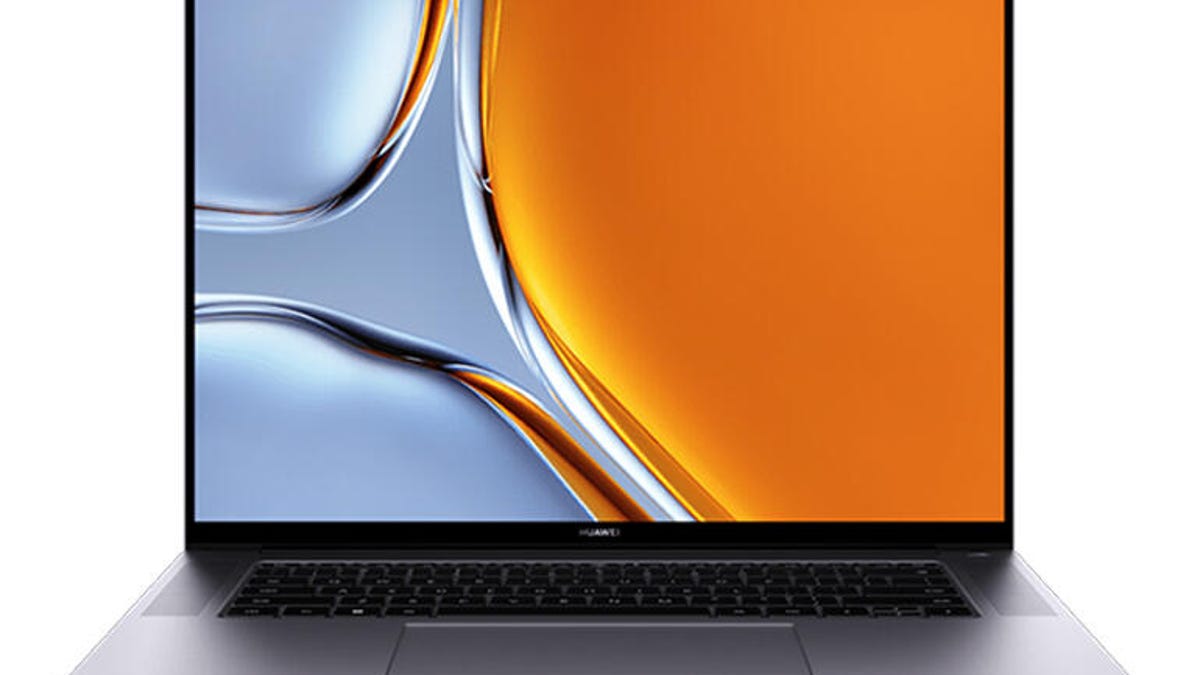 Laptops with 16-inch displays hit the sweet spot for a variety of use cases because they can, if properly designed and built, deliver a winning combination of screen real estate and reasonable portability. Huawei’s recent MateBook D 16 impressed us with its understated design, comfortable keyboard with separate number pad, and conventionally located webcam. However, we thought that battery life could be better.

Enter the MateBook 16s — successor to the AMD-based MateBook 16, which earlier this year we judged ‘could be a real winner’ with a better webcam. This comment was aimed at Huawei’s notoriously quirky camera that popped up from a key in the Fn row, giving an unflattering ‘up the nose’ viewing angle during video calls. That’s fixed in the new model, which is based on 12th-generation H-series Intel Core processors and features a 2.5K IPS touch-screen plus a large-capacity battery.

The MateBook 16s is very clearly from the same design stable as the D 16, presenting a smart but minimalist look based around an aluminium chassis and a Space Grey finish. It has a slightly bigger footprint, is a touch slimmer (17.8mm vs 18.4mm), and weighs 290g more. Still, at 1.99kg it’s portable enough for the odd journey, if not perhaps your everyday commute.

The main differences between the two 16-inch models become evident when you open the lid, which reveals a keyboard flanked by speaker grilles rather than accommodating a separate number pad, plus a considerably larger touchpad. The keyboard is backlit, offers 1.5mm of key travel, and is comfortable and quiet in use. Above the display, in its proper place in the centre of the screen’s bezel, is a 1080p webcam.

The MateBook 16s is based on Intel’s 12th-generation H-series Core processors. Our £1,299.99 review unit had a 14-core (6 performance, 8 efficient) Core i7-12700H CPU, while a top-end Core i9-12900H model is also available for £1,499.99. Both variants have 16GB of LPDDR RAM and 1TB of NVMe PCIe SSD storage, and there are no purchase-time or user upgrade options. The GPU is Intel’s integrated Iris Xe Graphics – there’s no support for discrete graphics here.

There’s a good, but not lavish, selection of ports on the MateBook 16s. On the left side there are two USB-C ports, both with support for data, charging and DisplayPort, and one with 40Gbps Thunderbolt 4 support. Also on the left side is a full-size HDMI connector and a 3.5mm audio in/out jack. The right side has two USB-A ports with support for 5Gbps USB 3.2 Gen 1. SD or MicroSD card slots are increasingly common, and useful, on laptops, but you won’t find either here. Photographers who like the look of the display may be disappointed about this.

The MateBook 16s packs a large-capacity 84Wh battery – considerable step up from the 60Wh unit in the MateBook D 16, and a reflection of this laptop’s higher-resolution screen and more powerful processors.

Under the PCMark 10 benchmark suite, the MateBook 16s delivered an overall score of 5628, and comfortably exceeded the recommended performance levels for the Essentials, Productivity and Digital Content Creation segments.

All this suggests that the MateBook will perform most workloads very capably, but what about demanding graphical applications – especially given the lack of a discrete GPU?

To investigate, we ran two 3DMark benchmarks: Night Raid, a DirectX 12 test for PCs with integrated graphics (such as the MateBook 16s); and Time Spy, a DirectX12 test for gaming PCs (with discrete GPUs). Not surprisingly, the MateBook 16s did much better in the less demanding Night Raid benchmark, with frame rates of 99.6 and 119.7 in the two graphics tests, compared to 11.4fps and 9.9fps in the equivalent Time Spy tests. A notebook equipped with the discrete Nvidia GeForce RTX 3080 GPU gets an average Time Spy graphics score of 12073 (at the time of writing), putting the MateBook 16s score of 1743 into perspective.

In a nutshell: this laptop copes well with low-level gaming, but graphically demanding titles will likely prove too much for its integrated GPU.

To test the 84Wh battery’s performance, we carried out two rundown tests: one subjected the MateBook 16s to a heavy workload, involving multiple runs of PCMark 10 interspersed with live TV streaming from BBC iPlayer over wi-fi; the other was a far lighter regime, comprising web browsing, the occasional burst of iPlayer video and some word processing.

On this basis, you can expect somewhere between 5 hours and around 12 hours, depending on your workload mix. Note that we had screen brightness at the full 300 nits during these tests, so runtimes will be longer if you turn this down.

Huawei supplied a 65W smartphone-style USB-C charger with our review unit, although the spec sheet talks about 90W and 135W adapters (the latter for the Core i9 model). Starting with the battery at 16%, it took the supplied charger 40 minutes to restore it to 50% and 110 minutes to reach 100%.

We didn’t notice undue heat emanating from the MateBook 16s, even under heavy load. The cooling system includes dual ‘gaming-grade’ fans, vents on the underside and rear, and ‘extra-wide’ dual heat pipes. The laptop runs quiet, too. Here’s the thermal picture after the MateBook 16s had been running the ‘heavy’ workload mix described above for about 5 hours:

There are a couple of noteworthy UX features on the MateBook 16s, the first being AI Camera, which adds three layers of functionality to the 1080p webcam: Background, which can be blurry, a choice of three supplied by Huawei (living room, office, meeting room) or custom; Auto-centring, which keeps people centred in the field of view; and Gaze adjustment, which tweaks the image to make it seem as if you’re looking at the camera rather than the screen.

This is more diverting than essential, and frankly I’d prefer infrared support on the webcam to enable Windows Hello face authentication. As it is, you’ll have to make do with the fingerprint reader that’s integrated into the power button.

The other UX feature is Huawei’s Super Device system, which lets you connect the laptop to other compatible Huawei devices — phones, tablets, monitors — to share screens and files, and more. Clearly you need to be invested in the Huawei ecosystem to take advantage of Super Device, but if you are, it’s a useful extra.

If you’re looking for a laptop that combines a large, high-quality screen, good design and build quality, solid all-round performance, and a degree of portability, Huawei’s 16-inch, 1.99kg MateBook 16s fits the bill in many respects. It has addressed our main criticisms of the previous-generation MateBook 16, which remains a good option starting at £799.99, and is itself only a discrete GPU option, and perhaps an SD card slot, away from being unbeatable value.

The benchmark for 16-inch laptops remains the MacBook Pro, which costs a hefty £2,399/$2,699 for an M1 Pro model with 16GB of RAM and 1TB of SSD storage. If you’re looking for the ultimate in portability with this form factor, you’ll want to consider the 1.199kg LG Gram 16.

Huawei MateBook 16 review: Powerful and well priced, but the webcam is a problem

Pet doggo gets embraced by couple on their wedding. Watch heartwarming video