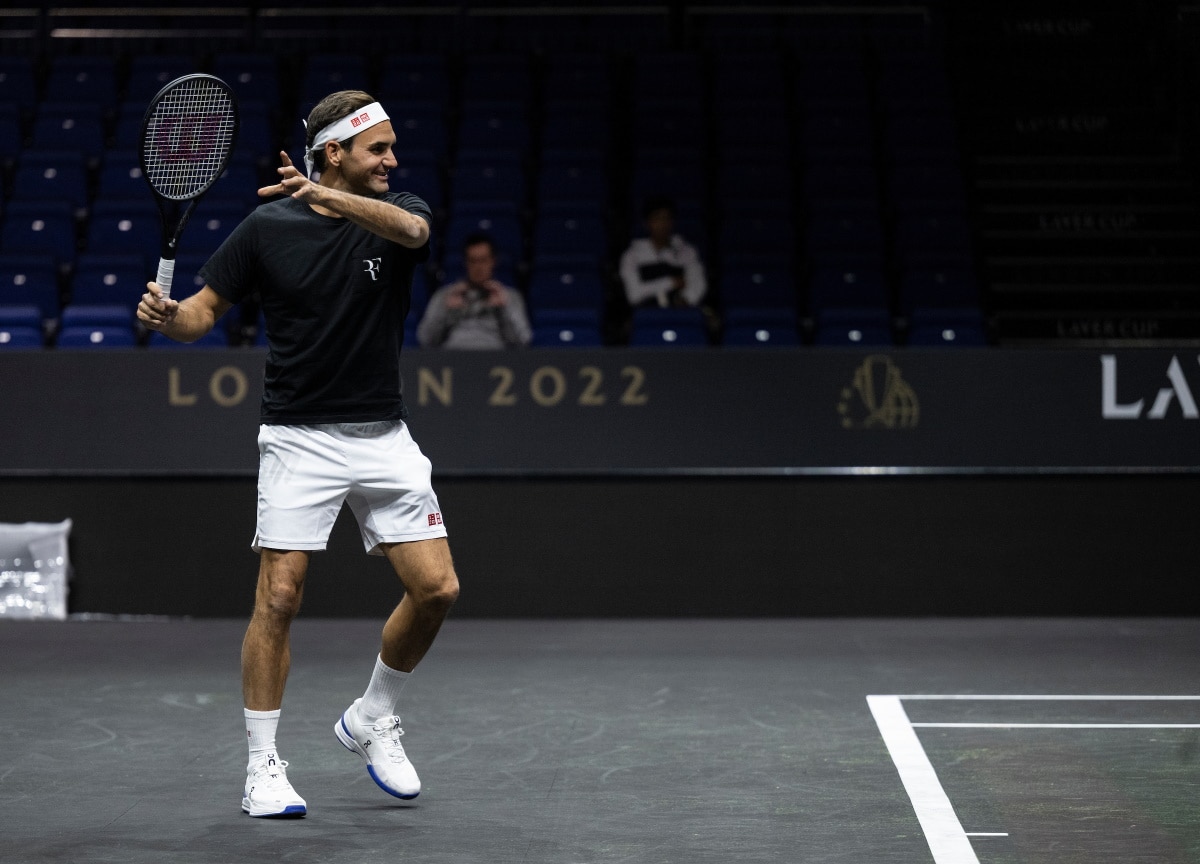 Laver Cup 2022, on the surface, might be the battleground for Team Europe v Team World. But it’s the 20-time Grand Slam-winning Roger Federer who is bound to steal the limelight. Last week, the Swiss veteran professional tennis player confirmed that the three-day-long tournament marks the end of his competitive career. Being presented with challenges in the form of injuries and surgeries over the past three years, the 41-year-old tennis star has now decided to move on. “I’ve worked hard to return to full competitive form. But I also know my body’s capacities and limits,” Federer said in a voice note.

Federer, who plays for Team Europe, will be joined by career rivals Rafael Nadal, Novak Djokovic, and Andy Murray. Each day of the tournament is scheduled to have one doubles game — and on day one, the Swiss legend will partner with favourite Nadal. “For us to go through a career that we both have had and to come out on the other side and being able to have a nice relationship is maybe a great message to not just tennis but sports and maybe even beyond,” he told The Guardian.

Meanwhile, Team World, led by John McEnroe, mostly consists of Americans. From the US, we’ve got Jack Sock, Frances Tiafoe, and Taylor Fritz. Then there’s Félix Auger-Aliassime from Canada, the second-youngest player ranked in ATP’s top ten. Diego Schwartzman from Argentina, and the Australian Alex de Minaur close out the list.

With that, here’s how you can watch Roger Federer’s last match in 2022 Laver Cup online:

If you’re keen on only watching Federer play, you’re in for a long night. Federer’s (first and) last match, with Nadal, is not scheduled until the very end of day one, as part of the night session. With the night session kicking off at 11pm IST with a singles match featuring Murray, don’t expect Federer on court before midnight Saturday India time.

On day two, September 24, matches again begin at 5pm IST, while the third and final day sees an earlier start at 4pm IST. Tournaments will be streamed live from the O2 Arena in London — the last four editions witnessed Team Europe taking the trophy.

Roger Federer: How to watch Laver Cup 2022 in India

The 2022 Laver Cup will be streamed exclusively on the SonyLIV app and website. To watch the tournament, users will be required to purchase a LIV Premium subscription, costing Rs. 299 per month — offering live sports events, SonyLIV originals, and international shows.

There’s a ‘Mobile Only’ SonyLIV plan as well, which is listed at Rs. 599 annually. On top of that, you can avail cashback offers if you pay using MobiKwik.

Are these little kittens fighting or playing? Watch Reddit video to find out