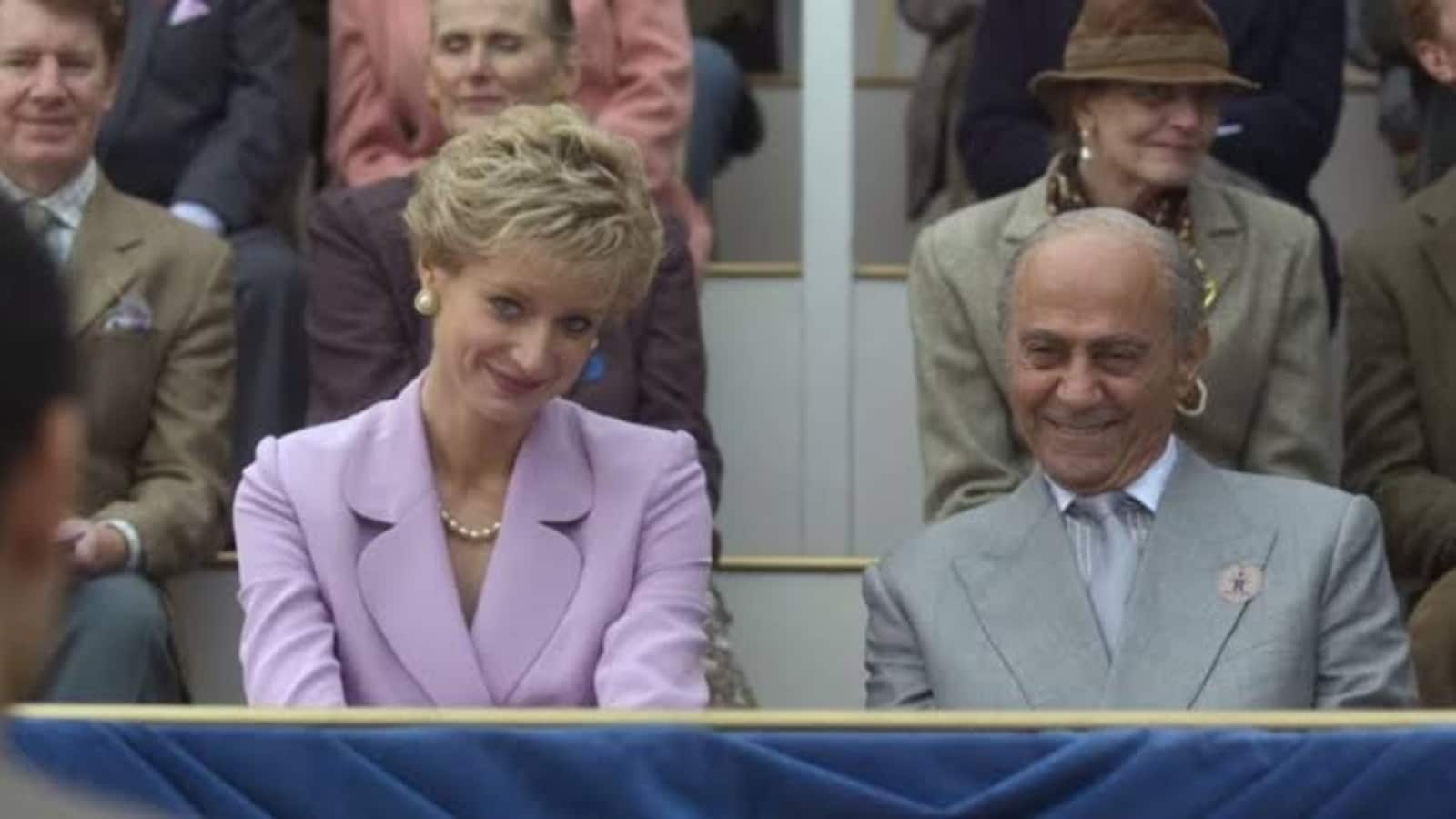 Episode 3 of The Crown Season 5, titled Mou Mou, begins amidst an ongoing football match somewhere in Alexandria, Egypt. A young man named Mohamed Al-Fayed scoffs at the English players, and after the match is over, he spots the former king of England, King Edward VIII with Wallis Simpson. As his lifelong fascination with the British takes wings from here, The Crown changes its course for an hour, completely away from the royal family to tell the story of an outsider whose destiny will take him very close towards the royals. This is an episode that perhaps feels like an outlier in connection with the season itself, deliberately building a dramatic arc that stretches from the links to the royal family.

Season 5 of The Crown revolves around the turbulent time of the 90s, when the royal family faced one crises after the other. You would imagine that The Crown would take off from the end of episode 2, with the immense media scrutiny surrounding Andrew Morton’s book on Diana. Instead, Episode 3 takes a completely opposite turn in devoting to chart the life story of a man who is not remotely linked with the royal family. As Mohamed Al-Fayed grows from strength to strength, claiming the Ritz Hotel in Paris, owning an empire- so does his conviction to reach a formidable social status quo. In this mission, he is helped tremendously by Sydney, the gentleman who once served as personal valet to King Edward VIII. The episode tracks his story alongside Al-Fayed’s, as he begins from learning the tricks of English manners and customs from King Edward to transferring the same as to Mohamed Al-Fayed.

Written by Peter Morgan and directed by Alex Gabbasi, episode 3 is not the first time the Emmy-winning drama has chosen to focus on a figure who is not directly linked with the royal family. Season 1 had given us an outsider’s perspective through the character of Graham Sutherland as the painter who made the infamous portrait of Churchill, and Season 3 had Charles’ Welsh tutor Dr. Millward, whose opinions on the monarchy were quite harsh on the young prince. Yet none of these characters have had the level of research and attention, that Mohamed Al-Fayed receives in this particular episode. The most striking aspect of the episode works as subtext through the friendship between Mohamed Al-Fayed and Sydney Johnson. As much as they try to come closer to the royal family with their handwork and success, they will always be treated from the point of view of an outsider.

Episode 3 comes to a close with Al-Fayed introducing Diana to his son Dodi. Its a playful moment as Diana and Al-Fayed joke around his name. Yet we all know how this will end in tragedy as Dodi will be killed in the same car crash as Diana a few years down the line. In more ways than one, this episode works as a chilling reminder of things to come, that Al-Fayed’s fascination with the royals will ultimately cost him his son.

Mou Mou also works as one of the most experimental episodes in the history of the show, and also where it gets so quietly political. The delusion of Mohamed Al-Fayed when he thinks that his efforts in restoring the palace of Edward after Simpson’s death has made the Queen happy, is made quite clear. The royals are only concerned with taking back the items that belonged to Edward, potentially hiding his controversial links to the Nazis. Al-Fayed only serves them when there is purpose, his reach nowhere close to providing them any momentary happiness. Aristocracy will never favour any outsiders, it will always remain above the reach of outside forces, wrapped in mystery and fascination.

By the end, Al-Fayed has achieved everything to have secured a place right beside the Queen in the horse match, and yet he is kept waiting, and ultimately given a consolation prize in the form of Diana- who arrives at the Queen’s place and instantly strikes a conversation with him. Both Diana and Al-Fayed are outsiders, and will remain so, even if they are trying to get into the good books of the Queen. “Boss lady seems allergic to me,” he says. To which Diana responds, “Well, that makes two of us.” Ultimately, they will shake the ground of the royals, but at what cost?

Aman Gupta pokes fun at Ashneer Grover, tells Namita Thapar other sharks are ‘full of doglapan’: ‘Don’t be too friendly’