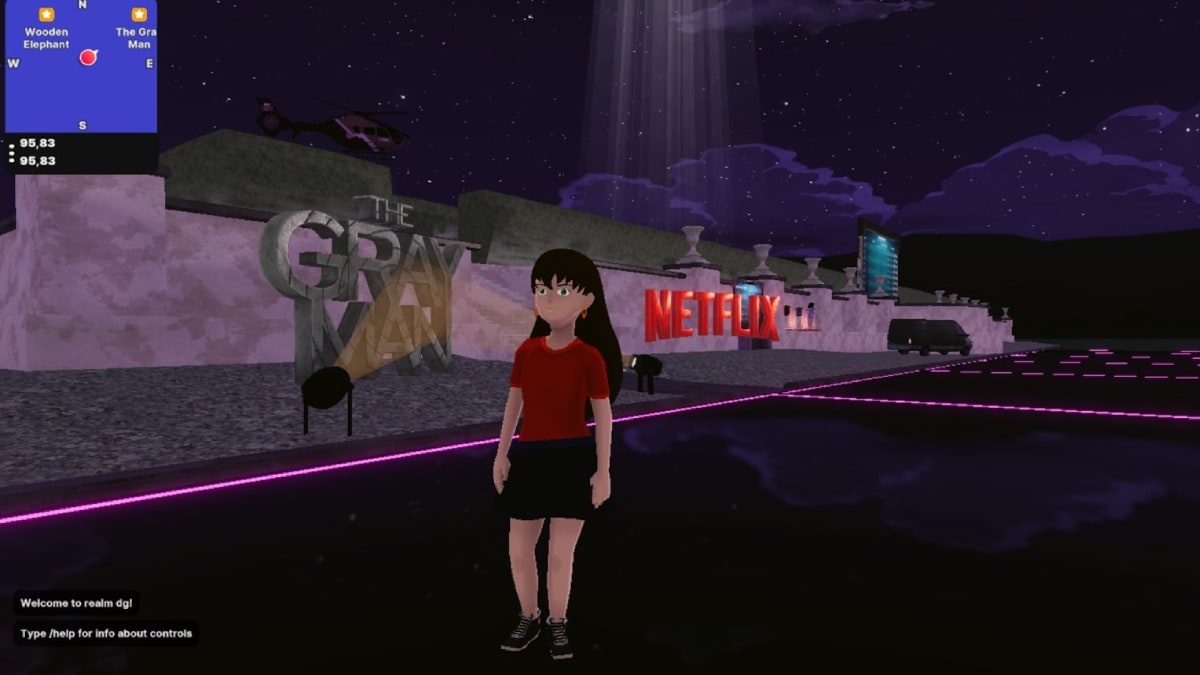 Netflix has made its entry into the popular Decentraland metaverse in a bid to give a Web3 twist to the promotion of its recent big-budget film, The Gray Man. To expose fans to an immersive experience, Netflix has recreated a landscape inspired by the film that can be navigated by putting knowledge about the story to use. The experience includes an instruction video from Hollywood actor Ryan Gosling, who has played the protagonist in this film that brought the Russo Brothers, the directors of Avengers: Endgame and Avengers: Infinity War, back into action filmmaking.

People visiting Netflix’s ‘Metaverse Mission’ will face a maze in the backdrop of The Gray Man’s dramatic music.

Recreating movie backgrounds in the metaverse is an experiment that Netflix is observing to see how it impacts the viewership of The Gray Man.

“This not only attracts those who had already seen the movie, but also “boosts the users that happen to be in Decentraland playing in the maze and gets them to watch the film,” a Blockworks report quoted Martin Shibuya, the art director at Decentraland Foundation as saying in a statement.

Over 2,000 people have reportedly entered the maze since its launch earlier last week.

Users have to reach the fountain at the centre of the maze to unlock a secret room to finish the mission.

They are required to connect their crypto wallets to Decentraland to record the time it took for them to complete their journey through the maze.

Upon completing the maze, users can choose from available rewards which include free wearables for their avatars as well as signature looks of characters from The Gray Man.

People have shared glimpses of Netflix’s Metaverse Mission on Twitter.

Netflix seems to be going all in with it’s new hit. Just look:

:exclamation:️ They’ve put $2B in the production
:exclamation:️Found some great actors
:exclamation:️Created a whole #Metaverse for the movie – it’ll be a maze requiring the knowledge of the film#greyman #Meta pic.twitter.com/EAxouWqRKh

While Netflix has not announced any full-fledged metaverse plans as yet, the streaming giant has hinted at its interest in the sector.

As per NASDAQ, Netflix has been acquiring small scale video developers like the Night School Studio.

Karan Johar finds hate for Koffee With Karan ‘entertaining’: ‘Why they are cursing it so much, but also watching it?’