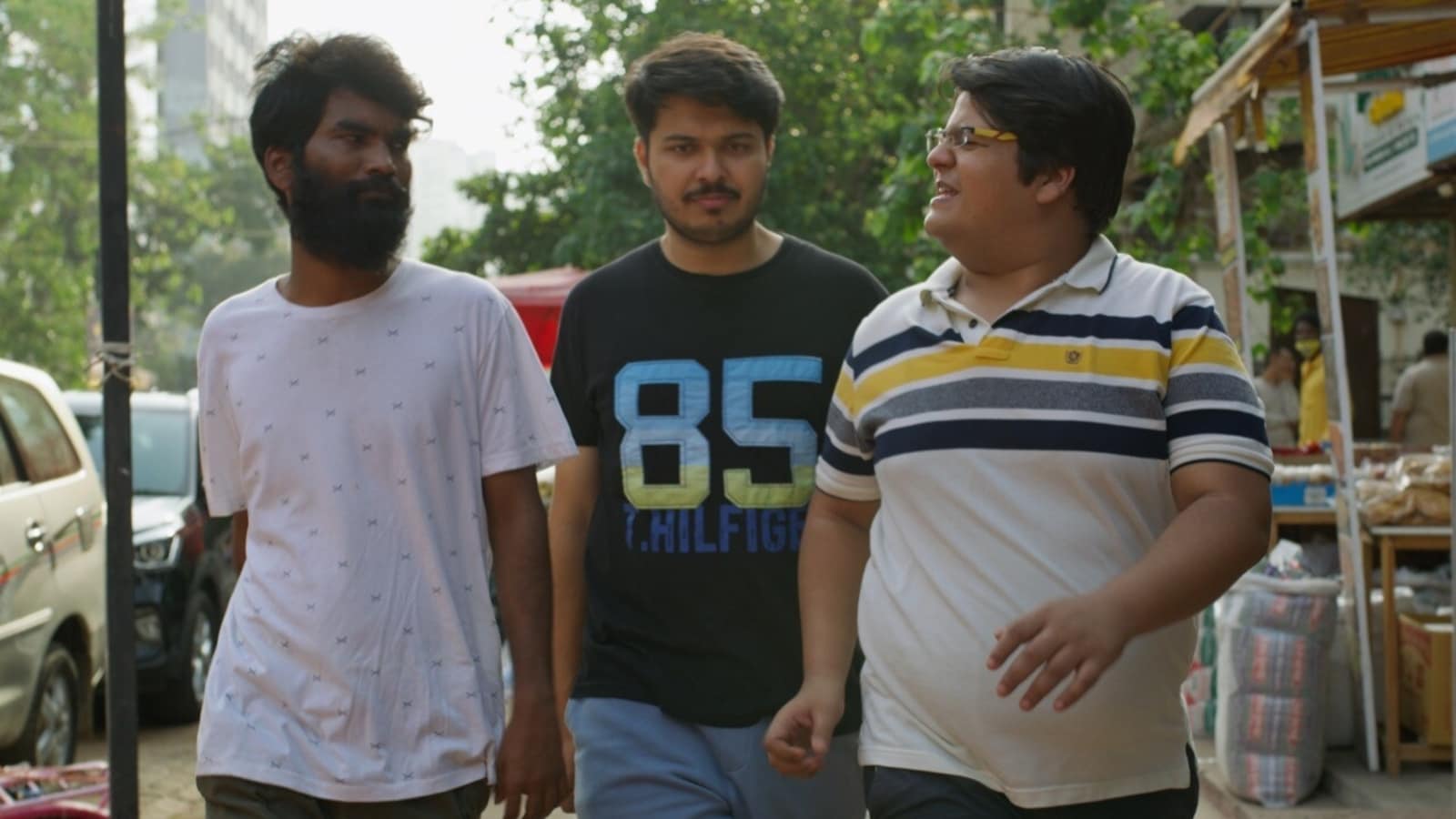 Hostel Daze had survived as one of the few web series in the Indian web content space to have maintained its quality after the first season. So, the third season was naturally going to be the real test. The replacement of the protagonist (there is no Adarsh Gourav this year) made things trickier. And the fact that there are countless other similar shows across platforms does not make it easier too. Yet, season 3 of Hostel Daze hits the jackpot. It is, hands down, one of the best web series in Hindi out there currently, balancing rip-roaring humour with clever pop culture references, witty one-liners and the depth of emotions rarely seen in campus dramas. Also read: Hostel Daze season 3 teaser: Raju Srivastava makes his final appearance, makes fans emotional. Watch

Season 3 of the show sees our gang entering the third year of the engineering college lives and the dynamics of the hostel are different. For one, there is a new Ankit with Utsav Sarkar replacing Adarsh, who played the role in the first two seasons. The show won me over in the first scene in the very Crown-like manner in which they introduced Utsav as Ankit. It is a fun, meta scene that deserves applause. There are so many meta, almost-breaking-the-fourth wall moments in the show that deserve praise. Most of them will probably register only on a second watch.

The shows’s star is its writing. No joke falls flat. The one-liners are cleverer than anything on Indian web space right now, and the pop culture references are delicious. From Shark Tank to Sidhu Moosewala, everything finds place in the script and in quite a clever manner. But it’s not all silly laughter, even though it starts out that way. The first episode of the season is the weakest, partially because it is setting up the scene for the remainder. And hence, it is slower and sillier than the rest. But soon, it turns heartwarming as well.

Each episode deals with an issue in the lives of students. It must be applauded how subtly the show deals with college romances and break-ups, body image issues, feelings of isolation, and peer pressure. The maturity of the handling of the problem never overpowers the lightness of the tone. It is all fun and games but it is also poignant at times. It is up to the guest stars to bring in the gravitas and the depth as narrators of the episodes. The two who stood out for me were Sugandha Mishra as the alumna and the late Raju Shrivastava as the campus tea-seller. It is, perhaps, only fitting that Raju–in his final posthumous screen appearance–stars in the episode about farewell, and delivers a part-touching, part-funny monologue on goodbyes.

The actors carry the script on their shoulders quite well. To address the elephant in the room, yes, Utsav Sarkar is good as Ankit. No, there is no Adarsh Gourav-sized hole in the show. The actor is missed but Utsav makes up for his absence. The story has become more gang-centric than Ankit-centric this season anyway and that is a smart choice as it does not burden the new actor too much. Luv Vispute’s Chirag and Nikhil Vijay’s Jhaatu are the scene stealers yet again. The two actors make these eccentric characters believable and fun, never letting them get caricaturish. Aayushi Gupta as Nabomita also excels. Ahsaas Channa and Shubham Gaur have fewer moments to shine than previous seasons but they both do their part well.

Hostel Daze’s third season is more about growing up than about fitting in. The hostel is their domain now, not an alien place. But the kids are realising that the harsh realities of adult life are just round the corner for them now. They want to make the most of this moment in time, which is what makes this show relatable. It will take you back to your college days, no matter whether you lived in a hostel or not. Season 3 premiered on Prime Video on November