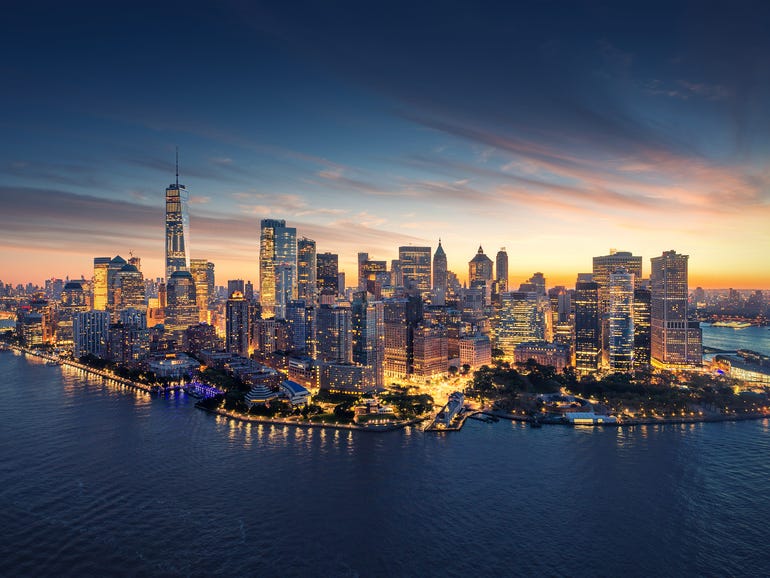 Today is a day of firsts for the newly elected mayor of New York City. Earlier in the day, Mayor Eric Adams received his first paycheck in cryptocurrency — specifically, in a combination of Bitcoin and Ethereum coins — becoming the first mayor of the Big Apple to have his check converted to crypto.


The Future of Money

From blockchain and bitcoin to NFTs and the metaverse, how fintech innovation is changing the future of money.

Unlike those grand symbolic gestures associated with mayors — be it breaking ground with a golden shovel, posing with a 24-karat gold key, or cutting a ribbon with an oversized pair of silver-plated scissors — Hizzoner’s payout is symbolic for a bigger reason:  There is hope that an innovation like digital crypto payments will give a shot in the arm for job creation, the economy, and fostering tech talent. And with New York City still regarded as the top financial center of the world, the gesture is apropos. “This step taken by the mayor provides a leading example of how we can empower people through tech with a more diverse set of options to manage their finances,” said Matt Fraser, CTO of New York City, in a press release from the Mayor’s office on Thursday.

No, Adams didn’t get paid today with a sack of Ethereum and Bitcoins like the ones in stock photos. Instead, his paycheck was automatically converted into Bitcoin and Ethereum via the crypto trading platform Coinbase. The US Department of Labor stipulates that employees of the Big Apple can’t get paid in cryptocurrency, but they can use a cryptocurrency exchange, such as Coinbase. So, anyone who gets paid in US legal tender can have their dollars converted into crypto before those funds are deposited into their account.

Today’s crypto-paycheck fait accompli is a boon for Coinbase, which has been encouraging users in the US to take part in shaping the future of payroll and money by depositing their paychecks into Coinbase’s Direct Deposit app. The app’s ease of use is its strongest selling point: Set up a direct deposit using the Coinbase app by tapping Settings > Direct Deposit, select your current employer or payroll company, and Coinbase will take it from there by updating your paycheck allocations, according to Coinbase.

But as it is with politics, the Mayor’s action to go crypto drew opposition, mainly from environmentalists who argue that cryptocurrency sucks up tremendous amounts of electricity to operate the thousands of computers needed to mine coins. Most of that electricity is generated from power plants that burn fossil fuels and contribute to global warming. New York Finger Lakes environmental non-profit Seneca Lake Guardian has been the most vocal opponent to Mayor Adams’ use of crypto. “Mayor Adams is dead wrong and his ignorance could cost New Yorkers millions of dollars in energy bills while killing local economies, poisoning our water, and filling our air with deadly CO2 emissions,” the group said in a statement.

Risk has been the name of the game when investing in cryptocurrency. Despite the news of Adams getting paid in digital coins, the market value of Bitcoin, Ethereum, and most other cryptocurrencies took a significant hit on Friday. According to crypto trading platform CoinMarketCap, shares of Bitcoin dropped nearly 13% for the day to around $36,114, while Ethereum plunged almost 17% to about $2,543.

Despite crypto’s lackluster market performance on Friday, Adams is adamant about implementing crypto in the world’s financial capital, even going so far as to say that schools should add blockchain and cryptocurrency to the curriculum. “New York is the center of the world, and we want it to be the center of cryptocurrency and other financial innovations,” Adams said in Thursday’s press release.