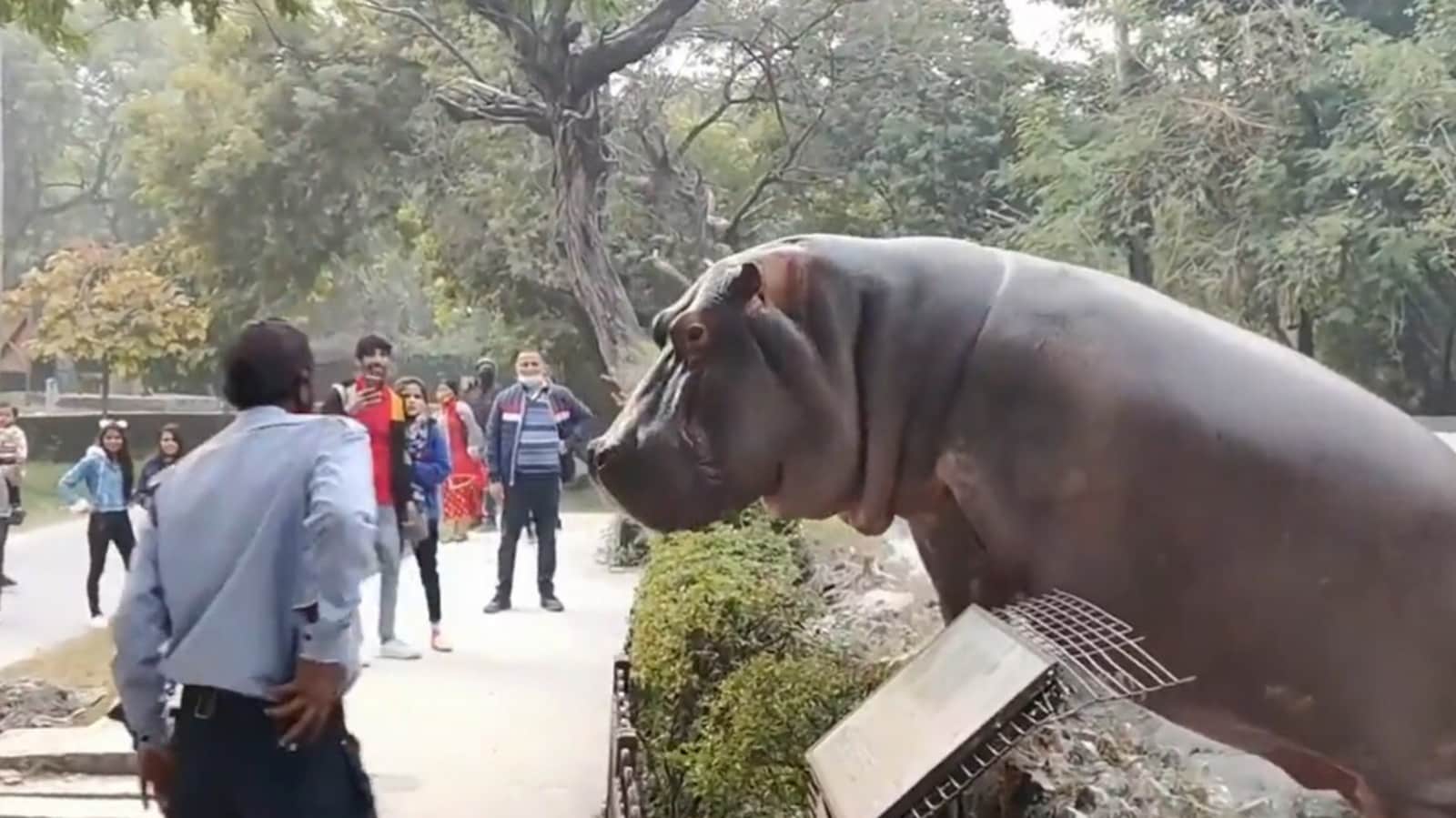 Visiting the zoo can be one of the most interesting activities that one can do. A person gets close to nature and understands how an animal lives or what they do. However, at times, visiting the zoo can also be a danger if a specific animal runs out of its closure. Recently, a viral video showed a hippopotamus coming out of its enclosure and a security guard trying to push it back in for everyone’s safety.

This is an old video that is going viral once again. In the footage, a security gurad can be seen lightly slapping the enormous animal in an attempt to drive it back into the water. The hippo responds by opening its mouth in a display of might. Then the guard strikes it once more without seeming to be frightened. The hippo eventually turns around and leaves. The post’s caption read, “Security Guard risking his life to save incredibly unalarmed zoo visitors from a hippo.”

This video was shared two days back by Twitter user @B__S. Since being shared, it has been liked more than one lakh times and has several comments.

One person in the Twitter comments wrote, “I feel like they have been through this before, and I appreciate that the hippo backed off when the guard got on the radio. Like “No, don’t call Jim. I’ll go. I’ll go.” A second person said, “He really slapped the hippo on the nose, brave guy. He probably played a lot of hungry hippo as a child.” “Look at them standing there watching! Do they realise that hippos are regarded as the most dangerous animal to humans in the world? If it had decided to get out of its paddock, it would have run, but a hippo can run at 30 MPH! If I had been there with a child, I would have long gone,” said a third.

Southwest Airlines has excellent news for everyone (except Bill Gates) | ZDNet

Sharad Malhotra: TV is my bread and butter, but we have to adapt in the current scenario

Beautiful sun halo shows over a mountain in Sweden. Video will leave you stunned