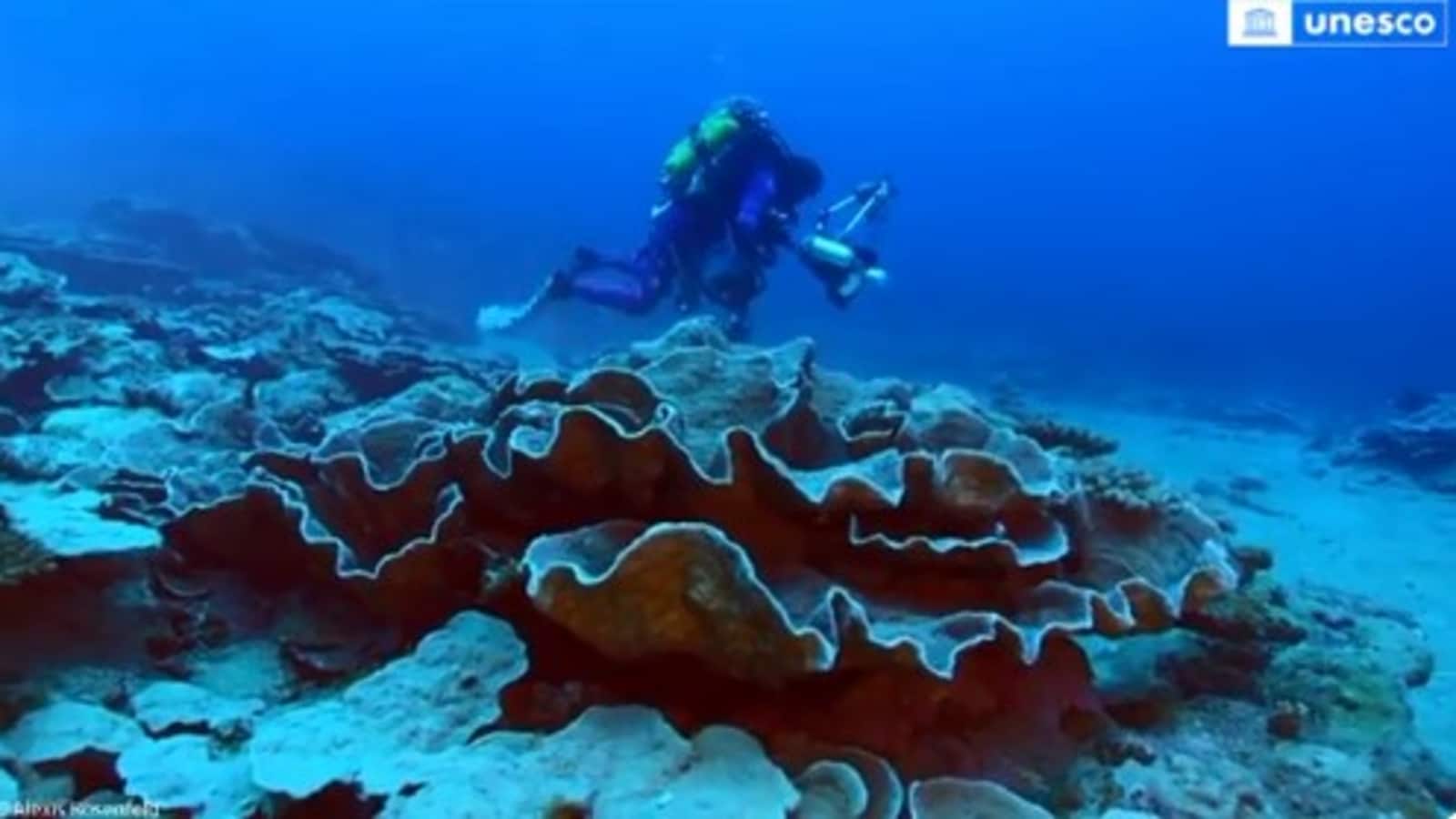 UNESCO took to Twitter to share a video of the ‘highly unusual discovery’ of coral reefs off the coast of Tahiti.

A video posted by UNESCO has turned into a source of wonder for many. The amazing video shows recently discovered coral reefs considered as one of the world’s largest. There is a chance that the post will leave you in awe.

UNESCO took to Twitter to share the video. “A scientific research mission supported by @UNESCO has discovered one of the world’s largest coral reefs off the coast of Tahiti. This highly unusual discovery is a great leap forward for #science!” they wrote while posting the video. The share is complete with a blog link.

The blog describes that it is a “highly unusual discovery” because the reef is located at depths of between 30 and 65 metres. Usually, the vast majority of the world’s known coral reefs are found at the depths of up to 25m.

Take a look at the incredible video:

The video has been posted a few days ago. Since being shared, the clip has accumulated more than 24,000 views and the numbers are only increasing. The share has also gathered nearly 500 likes. People posted various comments while reacting to the video.

“Wowwww it’s beautiful, nature surprises us again,” wrote a Twitter user. “Terrific! Good news! Thanks for sharing,” posted another. “This is so amazing,” expressed a third.

Explorer photographer Alexis Rosenfeld in partnership with UNESCO for the Decade of Ocean Science for Sustainable Development led the campaign, reports UNESCO’s blog.

What are your thoughts on the incredible video? Did the clip mesmerise you too?