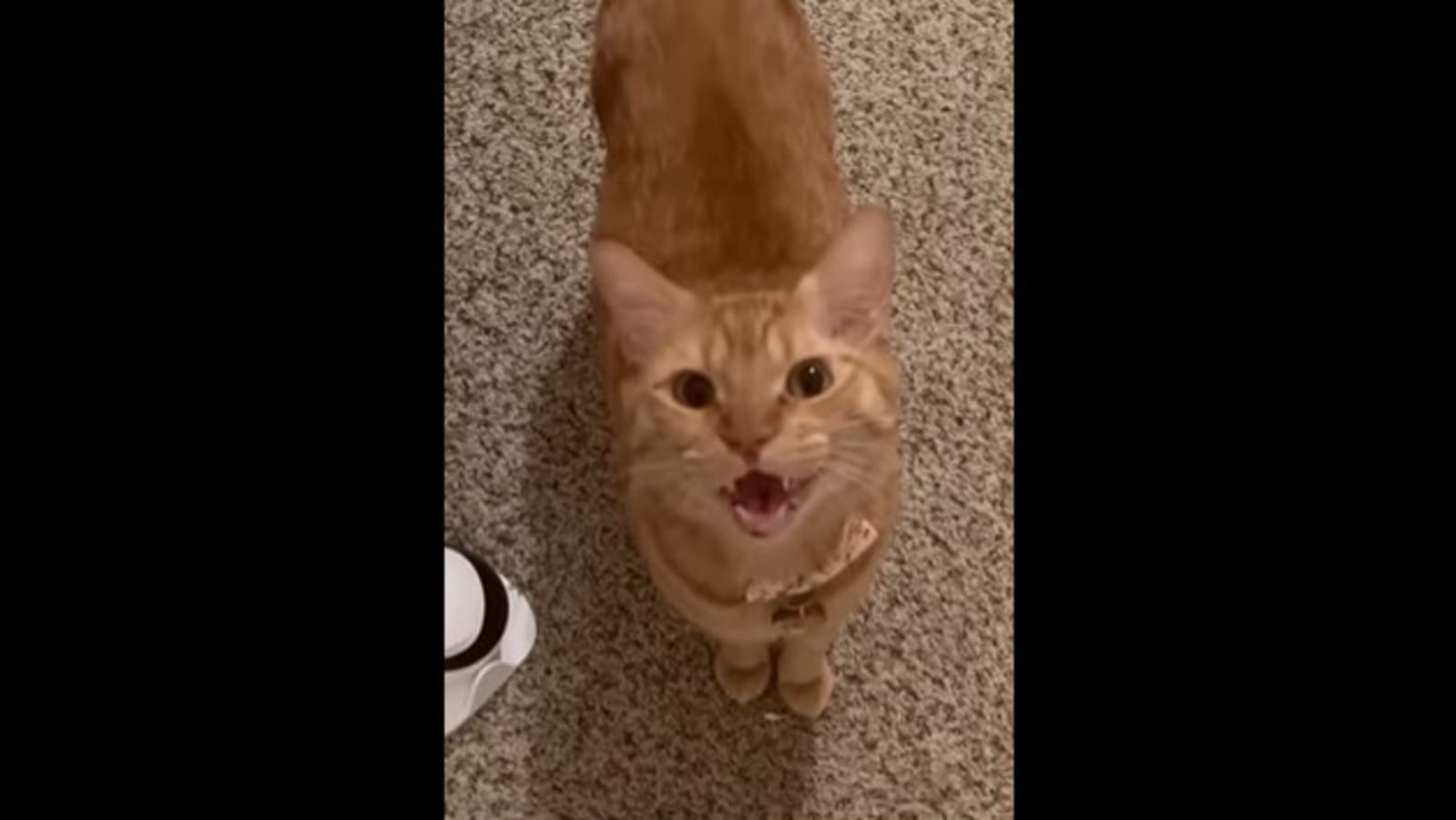 When people go for trips or vacations, but happen to have pets – it becomes quite a dilemma as to how they are going to leave these fur babies all by themselves. But that hasn’t been the case for this one particular cat mom who knew that she was leaving her two feline babies in the best of situations at home with food and ventilation. And that it wouldn’t cause them any harm for the two days that she wouldn’t be at home.

Though she had taken care of all the necessities for her pet cats, one of them definitely had a lot to ‘say’ the moment she stepped home. Anticipating that her talkative cat would definitely make it a point to ‘talk’ to her about the living situation for the two days that she wasn’t at home, the woman already started recording a video before she entered her apartment.

The hilarious video shows how the cat comes up to the door and keeps giving its human an account of what had happened and what it felt. It is simply too cute to watch. This video was shared on the Instagram page dedicated to these two cats who can be seen in the video, along with their human – Madeline. The Instagram page has over 58,500 followers on it and posts videos and photos of these cats regularly.

The video has been posted on Instagram on May 22 and since then, has garnered several comments from people who couldn’t stop going ‘aww’ at the talkative catto. It has also received more than 7.5 lakh views on it so far.

An Instagram user writes, “I get this after eight hours.” “Pumpkin just walked away like she doesn’t care you’re back,” reads another comment about the second cat in the video. Many others supported the human because she had left the cats in a healthy situation when she was away.

How to hide apps on your iPhone