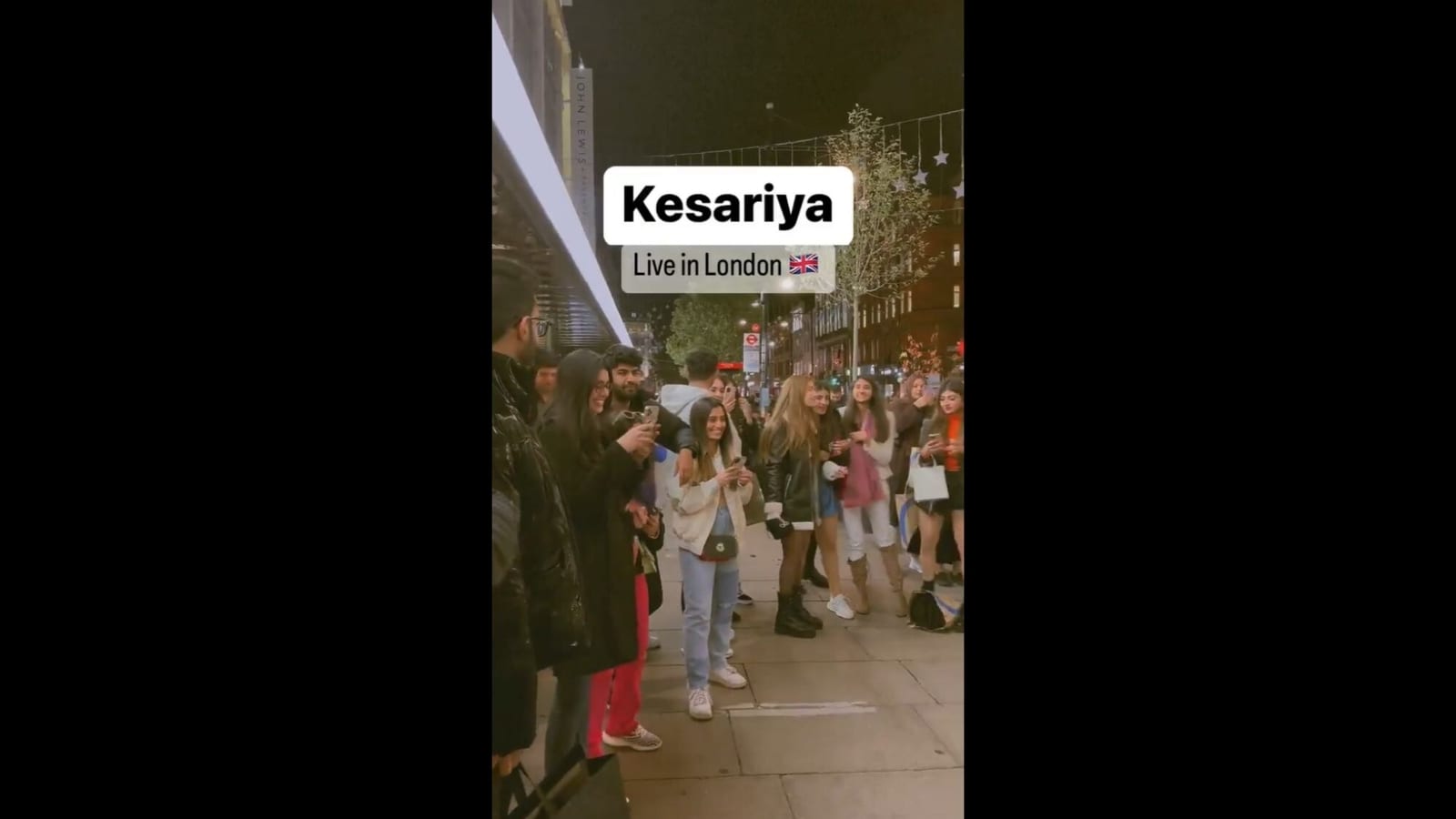 Kesariya, a love ballad from Ayan Mukherjee’s magnum opus Brahmastra, featuring Alia Bhatt and Ranbir Kapoor as Isha and Shiva, has been creating a stir among netizens since its release. Turns out, the song is not loved only in India, but its craze transcends across borders too. From unexpected crossovers to soulful renditions, social media is abuzz with Kesariya-related posts. Now, a video shared by Harsh Goenka is gaining traction on social media owing to a musician’s soulful cover of the song on the streets of London. And what is even more interesting to watch is how he was able to impress passersby, who decided to stay back and sing along with him.

“Meanwhile, in the main roads of London…. What a lovely beat this song has!” wrote Harsh Goenka while sharing the video on his official, verified Twitter handle. The video opens to show a musician, who goes by Vish on Instagram, singing Kesariya from the film Brahmastra on the streets of London. As the video progresses, the crowd, spellbound by his rendition of the song, sings along with him. For those unaware, the soulful track was crooned by Arijit Singh, composed by Pritam and penned by Amitabh Bhattacharya.

Since being shared a day ago, the tweet has accumulated over 71,600 views, more than 2,400 likes and several comments.

“Another angle of same song, same location..!!” posted an individual while sharing a video. “Beautiful lyrics & voice,” wrote another. “This song is all about lyrics, it sounds good even without music…” expressed a third. “Just soothing and positive vibes .. Kesariya,” wrote a fourth.

This Android Malware Signs Users Up for Premium Services Without Consent

Anand Mahindra asks people to come up with a caption for rooster-related video. They deliver and how