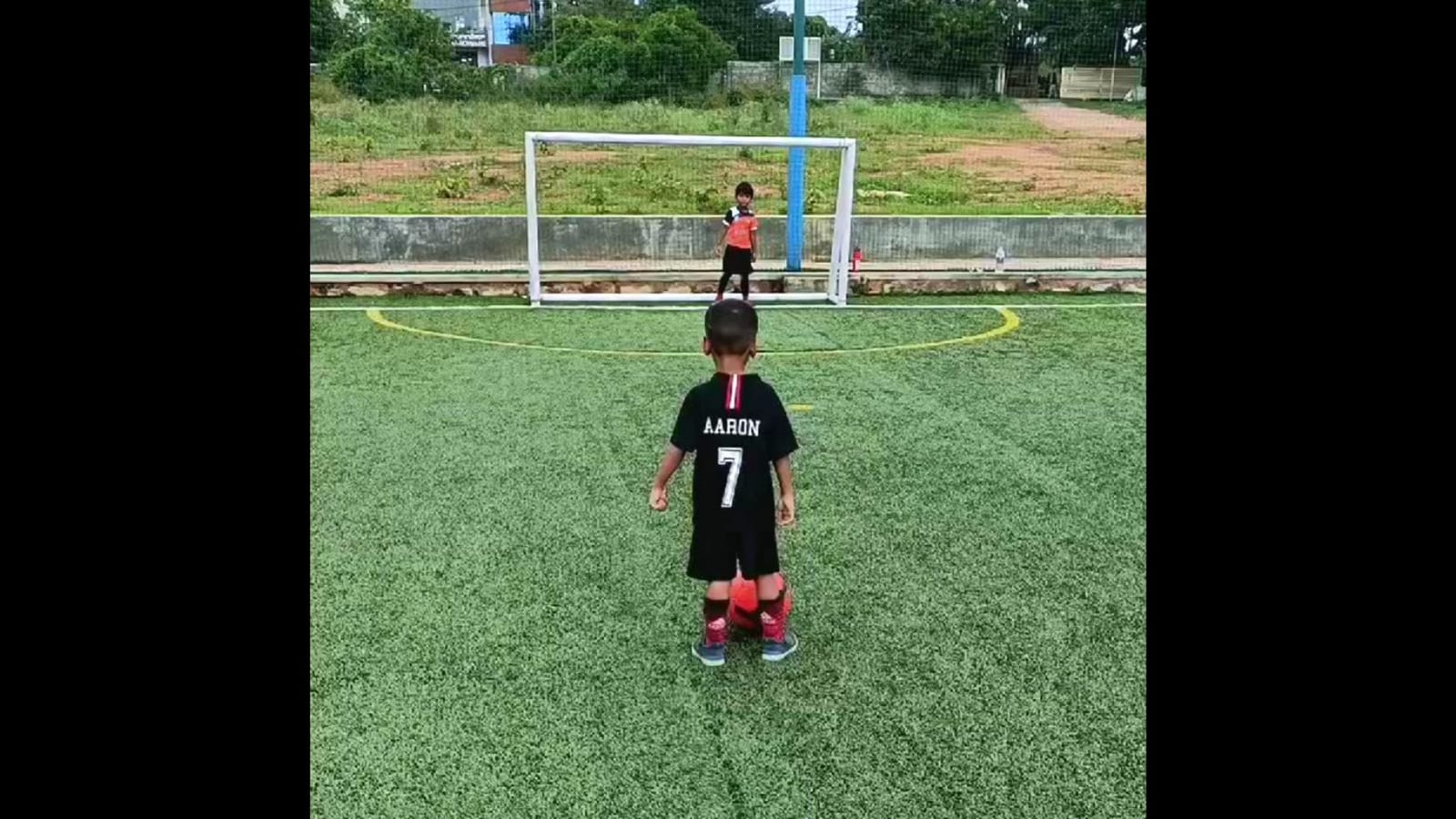 RPG Group chairperson Harsh Goenka never misses a chance to share inspirational and fascinating content on Twitter for his 1.7 million followers. And his recent share on the micro-blogging platform that features a kid’s exceptional football skills is a case in point. The clip has amazed netizens, and there are chances that it may have the same effect on you.

The video posted by Harsh Goenka is a montage of several clips taken from the kid’s Instagram account, where he shares his football routines with his 21,400 followers. “Aaron, the future Messi from India,” wrote Harsh Goenka while sharing the video. The video features a 5-year-old boy named Aaron Raphael from India, who started playing football the day he began to walk and mastered his skills over time. And one can see how effortlessly he is scoring goals while playing at home or outside with friends.

The three-minute clip also highlights that the kid is a massive fan of Christiano Ronaldo, but his favourite team is Argentina’s national football team, which Lionel Messi captains. It further underscores that if football doesn’t work out for the kid, he can play basketball, as he can be seen scoring a basket with his feet.

The post was shared two days ago on Twitter. It has since accumulated over 3.4 lakh views and more than 9,100 likes. The video has also received several comments from netizens who were bowled over by the kid’s talent.

“Celebrates like CR7 but fav player is Messi. The kid is going places,” commented a Twitter user. “Aaron, nice to see you. You & other children similar to your interest and passion become our hope for future. We all Indians would like to see football growing & making a mark in this area. You little champs have all the abilities. Well done!!!” wrote another. “Amazing. Best wishes for his future,” posted a third.

Woman tells childhood teacher that she would be on Broadway. Watch his reaction